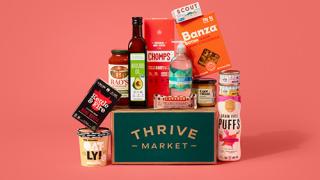 “We’re honored to earn the Zero Waste certification for our Hanover property, marking our third and final fulfillment center to achieve this important designation,” noted Nick Green, co-founder and CEO of Los Angeles-based Thrive Market. “Earning this certification ladders up to our five-year sustainability goals, including achieving zero-waste certification across our fulfillment network in 2022.”

This TRUE Certification is part of Thrive Market’s goal to become the world’s first climate-positive grocery store. The company is supported by a mission-aligned operating model, and places environmental sustainability at the same priority level as efficiency and member experience.

“Zero waste is a powerful part of any company’s sustainability strategy,” affirmed Peter Templeton, president and CEO of U.S. Green Building Council and GBCI. “Through their TRUE certification, Thrive Market enhances their operations in a way that maximizes the lifecycle of every product to promote a fully circular economy.”

Founded in 2014, Thrive Market offers a curated selection of organic and non-GMO products, and offers 90-plus filters and values, allowing customers to shop by diet and lifestyle. Thrive Market has been carbon neutral since its founding, with a commitment to be carbon negative in 2025, and earned its B Corp certification in 2020. 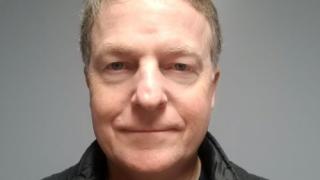 Now in its 125th year, Minerva Dairy continues to build for the future by expanding its professional team. The company recently hired Kenneth “Ken” S. Ray as its new director of food safety, quality assurance and sanitation.

Ray comes to the family-owned creamery from Ohio-based SmithFoods, Inc., where he was senior director of quality and regulatory. His background also includes a role as quality and sanitation manager for the Kraft Heinz Co., a position as VP of tech services for Mom’s Meals and a stint as director of food safety, QA and sanitation for 8th Avenue Food and Provisions. A Kentucky native, he grew up on a cattle and hog farm and earned a bachelor of science degree in biology and chemistry from Western Kentucky University and a master’s in science management from Brescia College.

“Working in the family business afforded me an opportunity to learn and grow my business acumen early in life while gaining an understanding and appreciation of food safety and cleanliness,” said Ray. “Working with the team at Minerva Dairy provides me an opportunity to learn from and contribute to many generations of butter experts and cheese artisans, and I very much look forward to that.”

Venae Watts, a fifth-generation co-owner at Minerva Dairy, said the company will benefit from his experience and dedication to the industry. “We are delighted to welcome Ken to Minerva Dairy, where my family has been making cheese and butter for over a century. Ken joins us on that mission to make better butter and cheese, which we no doubt will thanks to his expertise and knowledge in all aspects of food safety and quality assurance,” Watts remarked.

Based in Minerva, Ohio, Minerva Dairy works with retail and CPG companies across the U.S. Its product line includes cheddar, Italian-styles, and Kosher/Halal varieties, along with flavored infused butters. 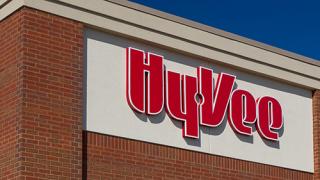 In line with its quarterly initiative to find the best local products to put on its shelves, Hy-Vee Inc. is planning its next Best of Local Brands Summit for March 1.

Manufacturers in Illinois, Iowa, Kansas, Minnesota, Missouri, Nebraska, South Dakota and Wisconsin can submit their products from Jan. 9-23 in the categories of grocery, produce, deli, general merchandise, frozen, dairy, and health and beauty care. Hy-Vee is putting an emphasis on suppliers with diverse backgrounds, including minority-owned and women-owned businesses.

ECRM and online product discovery and sourcing platform RangeMe are helping Hy-Vee source, qualify and connect with suppliers, with all product submissions being made through RangeMe. The March 1 summit will consist of 15- to 30-minute virtual presentations from selected suppliers, each of which will be conducted through ECRM’s virtual meeting platform. 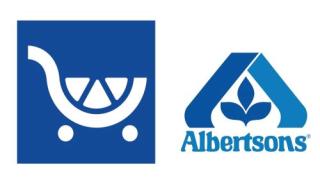 Following several weeks of legal challenges, Albertsons Cos. has been granted a Jan. 17 review of the temporary restraining order against its previously announced $6.85-per-common-share special dividend. At that time, the Washington Supreme Court, sitting en banc, will review the appeal of the attorney general of the State of Washington, which was originally scheduled for Feb. 9.

The temporary restraining order will remain in effect until there is a further order issued by the Washington Supreme Court.

Albertsons maintains that the claim brought by the attorney general of the State of Washington, as well as the similar lawsuit brought by the attorneys general of California, Illinois and the District of Columbia, is meritless and provides no legal basis for preventing the payment of the special dividend. Albertsons’ position has been supported by favorable rulings in both circuit and district courts in the District of Columbia, and a Washington state court.

Albertsons Cos.’ proposed merger with The Kroger Co. is continuing through required regulatory review, which includes obtaining clearance under the Hart-Scott-Rodino Antitrust Improvements Act of 1976.

Boise, Idaho-based Albertsons  is No. 9 on The PG 100, Progressive Grocer’s 2022 list of the top food and consumables retailers in North America. Cincinnati-based Kroger is No. 4 on the list. 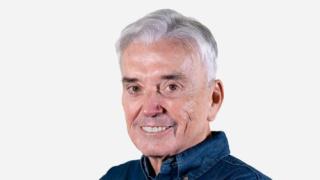 Sustainable food company AppHarvest, which operates high-tech indoor farms, has a new COO. The Morehead, Ky.-based company announced that board member Tony Martin is taking on that role to optimize production and revenue across its four-farm network.

Martin brings with him nearly 12 years of experience at Windset Farms, a large controlled environment atmosphere (CEA) producer with operations in the U.S. and Canada. He has also served as an industry consultant and was a board member of the nonprofit Fruit & Vegetable Dispute Resolution Corp. in Canada. He began his career as a professional accountant.

“I expect Tony’s extensive background in CEA and his track record for optimizing the efficiency of core operations and consistently achieving revenue growth will help us accelerate our path to profitability,” said Jonathan Webb, AppHarvest’s founder and CEO.

Martin said he is looking forward to helping lead the company at a key point in its young history. “AppHarvest is at an exciting inflection point transitioning from a construction and development mode to an organization focused on core operational excellence,” he remarked. “I believe AppHarvest has a tremendous opportunity to leverage its world-class CEA network at a time when both changing climate and major grocery retailers are demanding it. We’re working to ramp up production and revenue by ensuring efficient, cost-effective delivery of high-quality produce to major grocers and restaurants.”

AppHarvest’s farms include a 60-acre flagship tomato farm in the Appalachian area of Morehead, Ky. In addition, the company runs a 15-acre indoor farm for salad greens in Berea, Ky., a 30-acre farm for strawberries and cucumbers in Somerset, Ky., and a 60-acre farm in Richmond, Ky., for tomatoes. 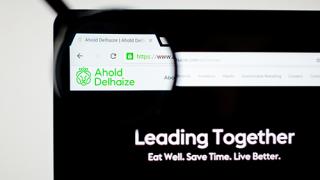 Ahold Delhaize has begun the €1 billion (USD $1.1 billion) share buyback program revealed on Nov. 9, 2022, with the goal of completing the program before the end of 2023.

A balanced approach between funding growth in key channels and returning excess liquidity to shareholders is part of the retail conglomerate’s financial framework in support of its Leading Together strategy. The program aims to reduce Ahold Delhaize’s capital by canceling all or part of the common shares acquired through the program.

The share buyback program will roll out in one or several tranches. For each of them, an intermediary will be mandated to execute the purchase of the shares at his or her own discretion during open and closed periods, in compliance with the Market Abuse Regulation and within predefined execution parameters. Shares are bought in the market and accumulated on the treasury share account until cancellation. According to the relevant statutory provisions, cancellation may not occur earlier than two months after a resolution to cancel shares is adopted and publicly revealed. The program is subject to changes in corporate activities, such as, but not limited to, material M&A activity.

Ahold Delhaize will issue regular updates on the progress of the program.