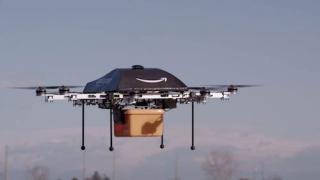 The world’s “digital-native” retailers – newer retailers that initially operated exclusively online – are set to more than double their share of the industry’s revenues by 2030 and triple their share of profits, analysis by Boston-based Bain & Co. has found. However, a focus on profitability, scale and new revenue sources is set to drive a growing convergence between old and new retail players, according to Bain’s “The Future of Retail: The Age of Convergence” report.

According to Bain & Co., retail ecosystem players, such as Amazon, and other online marketplaces, gained considerable momentum over the past decade, capturing about 60% of global retail growth between 2013 and 2021. Its report also found that this trend will continue, with digital-native retailers set to more than double their revenue share from 15% to 35% by 2030 as loss-making retailers fail and disappear from the playing field.

Bain concluded, however, that the fastest phase of growth for digital-first retailers looks likely to be over, as investors expect basic profitability from these businesses and past ample funding dries up. Traditional retailers, meanwhile, will increasingly provide stiffer competition as they continue to invest in digital capabilities and platforms.

The Bain study found that competition for an omnichannel advantage is driving a convergence in both talent and strategy between traditional retailers and digital insurgents. By 2030, Bain predicted that half of retail profits will come from new “beyond trade” revenue sources, including third-party marketplace activity, data monetization (encompassing digital advertising), businesses-to-business services, and consumer financial services. By comparison, traditional retail activities, including the sale of goods, are unlikely to drive even modest profit growth in the years to come.

As a result, retailers are upping their investments in digital, just as digital retailers are looking to acquire brick-and-mortar storefronts. The search for capital to support these transformations will encourage a new wave of deals as retailers look to scale rapidly. 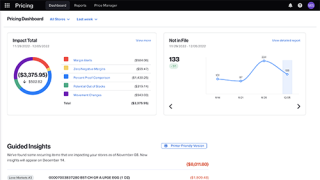 “We’ve already received great feedback from our members about the Storewise modules,” said Brian Piancino, COO of Amarillo, Texas-based AFI. “We are excited to be working with Storewise, and we’re honored to offer our members not only superior products, but also exceptional partnerships and efficient business solutions that they have come to expect from Affiliated Foods.”

“We’re thrilled to work with Affiliated Foods and their members,” noted Christopher Greco, president and CEO of Overland Park, Kan.-based Storewise. “Our self-funding software platform truly protects retailer’s profits by delivering important insights and tools that save time, make labor more efficient, and stop malicious and non-malicious loss. The longevity of Affiliated Foods' partnerships and their commitment to service and community are in line with our own core values.” 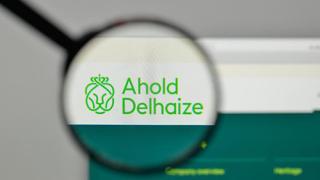 The new facility raises the total revolving commitments from €1.0 billion (USD $1.1 billion), reduces Ahold Delhaize’s borrowing costs, and extends the maturity date to December 2027, which may be further extended in accordance with two 12-month extension options.

The facility linksthe cost of borrowing to Ahold Delhaize’s annual performance on sustainability key performance indicators (KPIs) aligned with its Grounded in Goodness strategy, which focuses on healthier people and a healthier planet. Specifically, the facility includes three sustainability KPIs to lower Ahold Delhaize’s carbon emissions within its own operations (scope 1 and 2), lower food waste, and help customers make healthier choices. The facility also provides the opportunity to add scope 3 carbon emission reduction performance targets by 2025. The company will report progress on its performance targets in its annual reports.

ABN AMRO Bank N.V. and Société Générale acted as coordinators and sustainability coordinators on the facility.

Last month, Ahold Delhaize revised its interim CO2 emissions reduction target for its entire value chain (scope 3) to at least 37% by 2030, with the aim of becoming net-zero by 2050. The company intends to decarbonize its entire value chain and ensure that all of its climate targets are in accordance with the United Nations’ goal of keeping global warming below 1.5°C.

Ahold Delhaize has also maintained its position as a leader in the Food and Staples Retailing sector in the 2022 Dow Jones Sustainability World Index (DJSI World). The company earned a score of 76 out of 100, well above the industry average of 37 points. With this score, Ahold Delhaize remains No. 1 in the industry in the United States and No. 3 in Europe. 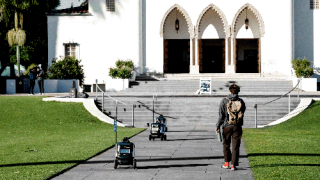 Once students place their orders from the retail options on campus, the robots generate multiple paths to reach the pre-established destination and send an alert if an unexpected obstacle or event occurs. A Kiwibot receives the order and location point on a satellite map within campus limits, and then navigates autonomously. The robots depend on GPS technology and a new autonomy platform with a high-tech satellite solution that provides high-accuracy locations for self-driving machines. The devices also use data from camera sensors combined with artificial-intelligence techniques to avoid obstacles, and leverage a navigation system that generates multi-kilometer routes to enable them to reach a pre-defined goal.

“At Kiwibot, we believe cutting-edge technology rolling through the campus will benefit the community by providing efficient delivery services and a source of inspiration for students,” said Felipe Chavez, co-founder and CEO of Miami-based Kiwibot. “Their presence and purpose are to open minds and generate new, sustainable ideas that can improve their own and their community’s life.”

According to Kiwibot, its new autonomy platform has resulted in the company’s safest and most efficient robots, while LMU students, staff and faculty experience reduced wait time for food deliveries at cost-effective rates. One of Kiwibot’s main allies in advancing its technology is Santa Clara, Calif.-based NVIDIA, a leader in AI computing.

Founded in 2017, Kiwibot launched its first pilot at the University of California-Berkeley campus. The company has already made more than 200,000 deliveries on U.S. university campuses and cities. It also recently partnered with Knight Foundation to advance safe and equitable mobility in four U.S. cities.

“Ultrafast” grocery delivery platform Getir has acquired Berlin-based on-demand delivery company Gorillas. According to Getir, the move underscores how it leads consolidation in the quick-commerce sector.

“Markets go up and down, but consumers love our service, and convenience is here to stay,” noted Nazim Salur, founder of Istanbul-based Getir. “The super-fast grocery delivery industry will steadily grow for many years to come, and Getir will lead this category it created seven years ago.”

Founded in 2015 and currently operating in nine countries across three continents, Getir became Europe’s first grocery delivery decacorn – a venture-backed private company with a value of more than $10 billion – earlier this year.

According to a report in The Financial Times, “people familiar with the terms” of the deal said that it values Gorillas at around $1.2 billion, down from $3 billion in September 2021.

Earlier this year, Progressive Grocer reported on layoffs and closures among quick-commerce companies, noting that “[a] more hybrid approach to buying groceries, coupled with marketplace headwinds like labor scarcities, high prices, omnichannel competition and a rocky stock market, [is] contributing to pullbacks and changes from various platforms.”

For its part, The Financial Times article noted that “as investors turned against loss-making tech startups, several smaller grocery apps have already shuttered or been sold, leaving Getir, U.S.-based Gopuff and Germany’s Flink as the last surviving big players in the sector.” 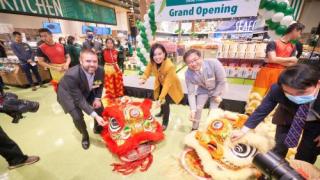 Canada’s T&T Supermarkets recently opened the doors to its newest location, in the Sage Hill neighborhood of Calgary, Alberta.

The Sage Hill location is the first in Calgary to offer customers a dessert bar, with offerings like brown sugar bubble tea, shaved snow ice cream, and grass jelly with taro mix.

The new store also features a custom mural that celebrates an artistic mix of the city’s landmarks and iconic T&T Supermarkets foods that represent Asian culture.

Shoppers at Sage Hill can take advantage of T&T Rewards and online shopping for home delivery at www.tntsupermarket.com and the T&T mobile app.

One-hundred and fifty new associates were hired as part of the in-store team.

The largest Asian supermarket chain in Canada, T&T Supermarkets operates stores in British Columbia, Alberta and Ontario, and will soon open its first store in Quebec, Montreal. T&T Supermarkets was founded in Vancouver in 1993 and is now led by second-generation successor and CEO Tina Lee. The food retailer has its headquarters in Richmond, British Columbia, with offices in Toronto.