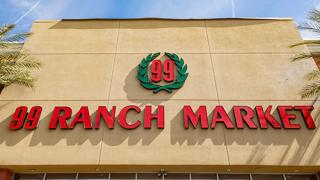 Asian grocery store chain 99 Ranch Market will open its first New York location, at the Samanea New York mall in Westbury on Long Island, according to a published report. Scheduled to open April 9, the 45,000-square-foot store is just the second anchor tenant to come to the mall in more than two decades, The Real Deal, a real estate news outlet, reported.

The Real Deal noted that 99 Ranch signed a 15-year lease for the store back in April 2020, but wasn’t able to start construction at the former Circuit City space until January 2021.

“The property at 1500 Country Road recently underwent a $30 million renovation, creating two new main exterior entrances,” the publication reported. “The mall owners hope the latest opening is a sign the mall may be turning its fortunes around.”

Meanwhile, Canadian Asian grocer T&T Supermarkets has revealed plans to open a new Toronto store at CF Fairview Mall by the end of 2022.

Established in 1984, Buena Park, Calif.-based 99 Ranch operates more than 50 stores in Arizona, California, Maryland, Massachusetts, Nevada, New Jersey, Oregon, Texas, Virginia and Washington. The company is No. 86 on The PG 100, Progressive Grocer’s 2021 list of the top food and consumables retailers in North America. T&T Supermarkets was founded in Vancouver in 1993 and acquired by Loblaw Cos. Ltd. in 2009. Brampton, Ontario-based Loblaw Cos., which operates more than 2,400 stores in Canada, is No. 12 on The PG 100. 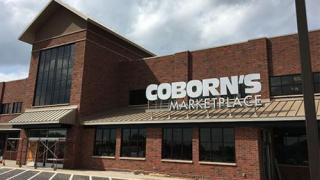 Through a partnership with financial services company DailyPay, Midwestern independent grocer Coborn’s, Inc. is allowing its associates to access their pay as soon as they earn it. The on-demand pay benefit is now available to one in eight grocery employees in the U.S., according to DailyPay.

A DailyPay study also found that businesses offering the service can hire up to 52% faster and retain employees 73% longer.

"As recruitment and retention of employees becomes more challenging in today's competitive workplace, the addition of the DailyPay benefit for our employees is an important enhancement to our benefits package,” said Dave Meyer, president and COO for Coborn's. 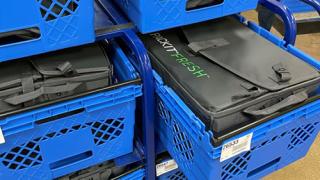 The Kroger Co. has expanded its partnership with PackIt by collaborating on an operational pilot supporting the grocer’s growing e-commerce network.

When contacted by Progressive Grocer for more details on the pilot, a PackIt spokeswoman replied: “The current program is rolling out across multiple regions, including the midwestern and western U.S., through the spring. We expect to expand to even more locations in the back half of 2022.” 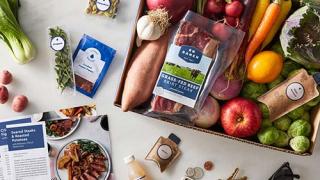 Blue Apron Holdings, Inc. has officially become carbon neutral, meeting the goal it set out for itself of hitting the milestone by March 31, 2022. The company bought carbon offsets from financial services business Aspiration, which had conducted an initial carbon footprint analysis for the meal kit company.

“Sustainability has always been part of our DNA and we believe it’s important to conduct our business in a way that mitigates our impact on the world around us,” said Linda Findley, president and CEO of New York-based Blue Apron. “Achieving our carbon neutrality goal was one of our top priorities. While we are proud of this achievement, we know that there’s more work for us to do, along with others in the industry, to help ensure a better world for future generations.”

The company is now working toward reaching net zero status through further systematic reductions throughout its operations.

eGrowcery, an e-commerce software company, has established a partnership with DoorDash Drive, the white-label fulfillment delivery service of San Francisco-based DoorDash, to provide supermarkets and other retailers access to a large delivery fleet.

Under the partnership, retailers using the eGrowcery platform will now be able to benefit from DoorDash Drive’s integration and logistics while owning their own shopper data. Because eGrowcery puts control and data ownership in the hands of retailers, they maintain a direct connection with their customers through their own branded apps, which enables them to profitably grow their businesses.

“The combination of eGrowcery’s intuitive shopping experience and fully integrated fulfillment process with DoorDash’s scale and convenience is very compelling,” said eGrowcery CEO Patrick Hughes. “By teaming up with DoorDash, we are able to offer our retail customers a turn-key solution to help them address their local commerce needs.”

Bloomfield Hills, Mich.-based eGrowcery, which operates in both the U.S. and abroad, is seeing a growing number of retailers working to establish their own branded e-commerce experiences. 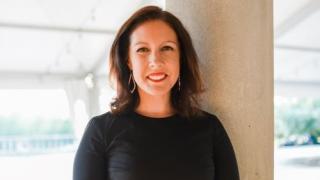 The Kroger Co. has named Erin Rolfes director of corporate communications and media relations. She will be responsible for enhancing and protecting Kroger's corporate reputation, driving the brand narrative across the company's many lines of business, and serving as the company's spokeswoman.

Rolfes joined the Kroger team in 2018 as the corporate affairs manager for the Cincinnati-Dayton division, where she led media, strategic communications, government relations, community engagement and philanthropy. In 2021, she was promoted to head of Kroger Technology & Digital Communications.

Prior to Kroger, Rolfes held several key roles in professional communications, including television production, agencies, and as manager of public relations and communications for REDI Cincinnati.

Rolfes serves on the boards of Our Daily Bread and the Northern Kentucky Chamber of Commerce. She holds a B.A. in international affairs/international politics from The George Washington University, and an M.A. in strategic public relations from the same institution.

Rolfes succeeds Kristal Howard, who is leaving the company in May to pursue other interests.