Everything was getting bigger — consumers’ homes, stores and Progressive Grocer.

Starting with its October 1952 issue, the magazine’s publishers dropped “The” from the title and switched from the pocket-size format established over the prior three decades to a larger size — a move that symbolized developments going on in the industry at the time.

As the editor at that time explained, “In recent years it was felt more and more that a pocket-size magazine was a bit out of step with this vital, dynamic business of food retailing, where the volume was growing [by] leaps and bounds, stores were getting bigger and bigger, and dealers were adding more and more departments.”

Indeed, reacting to the post-World War II economy, grocers were building larger stores that featured more self-service sections, air conditioning, specialized lighting and modern equipment, and more ample parking. Exterior and interior décor also took on a new look as retailers experimented with neon signs, stripes and pastel colors. And the round turntable checkout counter was designed to help speed up a part of the supermarket that had become an irritation for customers. 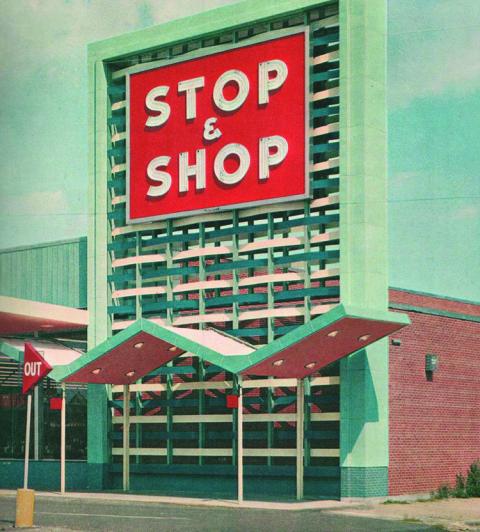 To fund these new stores, many retailers upped their investments, while others looked to acquisitions for growth.

Winn-Lovett, a Southeast chain that was steadily growing by buying other chains, changed its name to Winn-Dixie in 1955, after purchasing the 117-store Dixie Home chain. Meanwhile, Pennsylvania’s Food Fair (which later became known as Pantry Pride) branched out geographically when it purchased Setzer’s Supermarkets, a 40-store chain in the Jacksonville, Fla., area, in 1958. 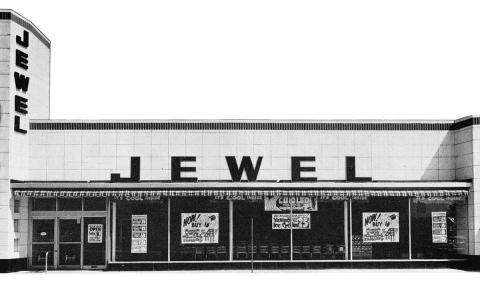 By the end of the decade, supermakerts had clearly established themselves as the places to buy food.

At least one retailer — Albertsons — grew by becoming a public company in 1959. The retailer had already made a name for itself in Washington, Utah, Oregon and Montana, and by the end of the decade operated 62 supermarkets, five drug stores and one department store.

Also in 1959, Safeway opened its first store in the new state of Alaska, becoming the first major food retailer to enter the market.

A number of established regional chains constructed new warehouses to help supply their stores. In 1951, Publix built a 125,000-square-foot warehouse and headquarters complex in Lakeland., Fla., while Quincy, Mass.-based Stop & Shop built a central bakery, a perishable goods distribution warehouse and a grocery distribution center, all in Massachusetts, around the same time.

As for smaller independent grocers, an increasing number of them saw the need to join together with wholesalers to remain competitive as chains expanded. Wholesalers helped them bargain for lower prices, and assisted with store construction and financing, central accounting and advertising.

Companies such as Fleming, Associated Wholesale Grocers, Winston and Newell, and Wakefern, to name just a few, aided family-owned grocers in different regions of the country. In 1954, Winston and Newell changed its name to SuperValu, and during the following year it strengthened its presence by acquiring 12 regional food wholesalers.

By the end of the decade, supermarkets had clearly established themselves as the places to buy food. While in 1950, the supermarket accounted for 35% of sales in the food sector, by 1960 that figure had jumped to 70%.

Regional chains were offering new services and opening more stores during the ’50s.