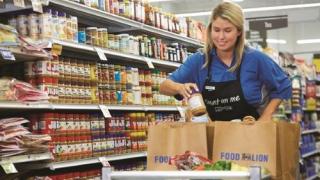 Beginning Sept. 26, Food Lion is launching its to-go service at 24 additional locations in Kentucky and North Carolina. This expansion will make Food Lion To Go available at more than 600 stores across the grocer’s 10-state footprint.

Customers new to the service can place pick-up orders through the Food Lion website or app, and their first to-go order will be free. Shoppers can also place orders for beer and wine.

“Our customers have embraced the convenience of Food Lion To Go so we’re excited to expand this easier experience to even more customers so they can spend more time on what matters most to them,” said Evan Harding, Food Lion’s director of digital and e-commerce. “We want to give our neighbors the option to shop through the channel they prefer, in-store or online, while still ensuring they have access to the freshest groceries at affordable prices.” 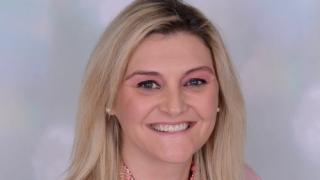 Prior to Kellogg, Zube worked in various HR positions at Procter & Gamble. She was recognized as a 2016 Top Women in Grocery by Progressive Grocer, a 2020 and 2021 Top 10 Global Diversity HR Champion by the Global Diversity List, and the 2021 LEAD Ambassador of the Year by LEAD Network Europe.

“Nicole is an accomplished people leader with invaluable experience managing a large-scale, global workforce within the food industry,” said SpartanNash CEO Tony Sarsam. “Throughout her career, Nicole has demonstrated passion and commitment to creating an outstanding associate experience, and we are thrilled to have her join SpartanNash as we continue our work to put People First.” 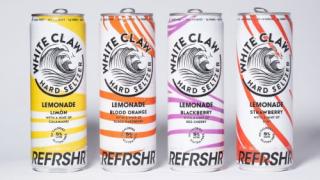 According to Ann Arbor, Mich.-based AdAdapted’s year-over-year alcohol analysis released in June, sales of category leader White Claw saw their highest increase (498%) in April 2020. By the same period in 2021, however, this number had fallen by 35%. In the first four months of 2022, it’s fallen another 20%. This trend extends to the entire seltzer category as well.

Nonetheless, manufacturers aren’t giving up on these beverages as they try to reinvigorate the segment. For example, Chicago-based White Claw launched Hard Seltzer Refrshr Lemonade in distinct packaging in May. White Claw Refrshr debuted with four lemonade flavors: Lemonade Limón with a hint of Calamansi, a citrus found in Japan; Lemonade Blood Orange, with a hint of black raspberry; Lemonade Blackberry, with a dash of red cherry; and Lemonade Strawberry, with a touch of kiwi.

Over at Chicago-based Molson Coors, the company recently invested $65 million in a facility in Fort Worth, Texas, to grow its capabilities and increase its in-house hard-seltzer production. The investment is expected to allow the Fort Worth brewery to remove third-party vendors for final pack assembly, which the company believes will help alleviate shipping costs and improve time to market. The new warehouse may also be used for future brands that the company develops as part of its goal to expand its portfolio beyond the beer aisle.

Boston Beer Co. is also rethinking its seltzer strategy. The company is working to turn around the trends on its Truly Hard Seltzer brand, starting by reformulating its core flavors and adding real fruit juice. 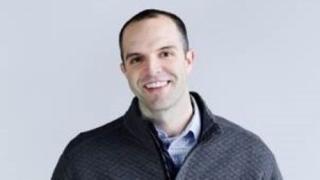 Talking Rain Beverage Co., maker of the Sparkling Ice brand, has tapped Luke Fisher as its new CFO. He has spent nearly a decade with Talking Rain and will now lead the company’s finance, technology and risk management teams while spearheading sustainability initiatives.

During his tenure at Talking Rain, Fisher led several improvement efforts that led to enhanced operating efficiencies, customer service and data-based decision making. Prior to joining the beverage company, he served as corporate controller for Icicle Seafoods.

“Luke has played a prominent role in our organization for years,” said CEO Ken Sylvia. “I’m excited for Luke as he and his team work to optimize our existing platforms, implement strategies to transform our business, and provide financial leadership to our organization.”

Fisher said he is looking forward to his elevated responsibilities. “My focus will continue to be driving sustainable growth at Talking Rain, along with overseeing our operating platform, ensuring we are putting forward the best approach to meet the needs of our customers,” he remarked. 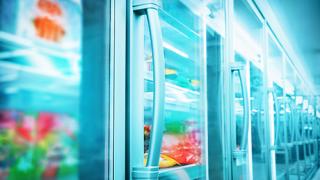 While inflationary prices are prompting many shoppers to change the way they buy groceries, the steadfast frozen food aisle is still presenting opportunities for retailers. Frozen food has experienced above-average inflation, but 79% of consumers believe frozen foods are cost effective, according to Anne-Marie Roerink, principal with market research firm 210 Analytics, and frozen items are still maintaining high shares.

“It is important to position frozen food as great value — not just great price — by combining the notion of cost effective with the versatility, convenience and the lack of food waste offered by the category,” wrote Roerink.

Frozen meal ingredients and meal solutions can easily be highlighted as meal backups for busy consumers, and Americans that are tired of scratch cooking but wary of high-priced restaurant meals can also be targeted with the convenience factor of frozen meals. Frozen dinners/entrees, breakfast items, snacks and appetizers are seeing above-average performance and can easily be marketed as delivering convenient, nutritious solutions across meal occasions.

Additionally, leveraging creative promotional approaches can help drive trial and purchase frequency even as supply chain issues continue plaguing the grocery industry. According to Roerink, these can be shorter promotions or cross-promotions that link frozen item discounts with other frozen items or items elsewhere in the store.

As for the future of frozen, Roerink recommends ideating, delighting and surprising shoppers as frozen food will continue to catch consumers’ eyes in the remainder of 2022. 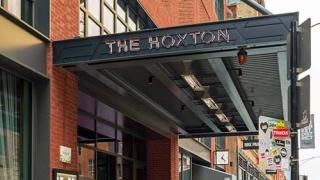 Temporary store concept Pop Up Grocer has now popped up in the world of hospitality, with stores located in the lobbies of Hoxton Hotels in the U.S.

The retailer described the move as a “full-circle moment for Pop Up Grocer,” since the brand got its start at The Hoxton in late 2018 when the very first Pop Up Grocer openedinside the boutique hotel chain’s location in the Williamsburg neighborhood of Brooklyn, N.Y. To mark the occasion, Pop Up Grocer is giving away a two-night stay at any U.S. Hoxton Hotel to one of its loyal community members.

Pop Up Grocer stores can now be found in the lobbies of Hoxton LA, Portland, Chicago and Brooklyn, where shoppers can enjoy an assortment of on-the-go treats curated by Pop Up Grocer founder Emily Schildt.

The concept also recently revealed that it would be in Denver Sept. 30-Oct. 30, and that it would soon open its first permanent flagship store in its hometown of New York City.