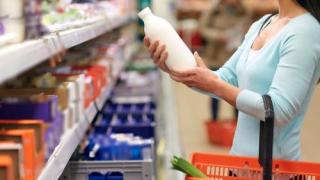 Last month, the U.S. Department of Agriculture’s Food and Nutrition Service proposed changes to the Special Supplemental Nutrition Program for Women, Infants and Children, otherwise known as WIC. Following the USDA’s recommendation to reduce benefits for milk and dairy purchases and allow for non-dairy substitutes, one dairy group is voicing its concern.

The International Dairy Foods Association (IDFA) shared results of a new survey showing that 20% of WIC participants would not re-enroll in the program if USDA cuts milk and dairy benefits. More than four in five (76%) program members said they are concerned with the proposal and 35% reported that they will have to use non-WIC funds to buy milk and dairy. The poll was conducted by Morning Consult between Dec. 14-16.

“Reducing WIC benefits for milk and dairy will make life harder for millions of women, new mothers, infants, and children at a challenging time of high food costs and rising food insecurity,” said Michael Dykes, D.V.M., IDFA’s president and CEO. “Moreover, USDA’s own proposal flies in the face of the federal Dietary Guidelines for Americans, which says 90% of Americans are not consuming enough dairy to meet daily requirements. USDA must reverse course and find ways to improve program participation by encouraging the purchase of nutritious dairy products rather than penalizing low-income moms and families during tough economic conditions.”

IFDA’s research affirmed that most WIC participants use their benefits to buy items in this category, with 78% purchasing dairy products through the program. That compares to 75% of beneficiaries who buy fruits, 68% who buy vegetables, 67% who buy grains and 57% who buy protein.

What Drove Getir’s Ultrafast Orders in 2022 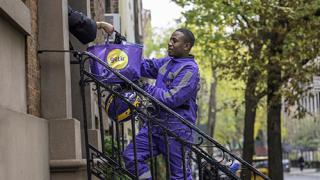 The Turkish company, which delivers to U.S. customers in Chicago and New York, reported that health and wellness continued to be a purchase driver in a year that opened with another COVID-19 surge. According to Getir’s data, non-alcoholic beverages and fresh fruits and vegetables were leading categories and specific top items included bananas, apples and bottled water.

Getir’s information also underlined the influence of seasonality on rapid delivery sales. Orders picked up in the winter, when consumers didn’t venture out as much and purchases of soup, broth and ramen peaked. Likewise, during a hot summer across much of the world, ice cream purchases spiked. In the U.S., the cookie dough variety was most in demand, while tastes varied between refreshing citrus flavors and indulgent dessert flavors in other parts of the world.

Major holiday events that spurred upticks in sales included Valentine’s Day and the recent FIFA World Cup, according to Getir. Soccer fans bought more than their fair share of beer, as that segment topped wine and spirits during the World Cup time frame.

“Getir, first and foremost, is a technology company. With over seven years in business, our deep inventory of data and AI is consistently learning and allowing us to understand our customers and anticipate their needs and desires,” said Elif Çar, Getir's chief U.S. transformation officer.

In addition to what users ordered, Getir shared findings of how they bought groceries for swift delivery. The most popular order days on a global basis were Saturday and Sundays, and the most common order times were between 7 p.m. and 9 p.m.

Getir will start 2023 with a bang, after acquiring German ultrafast delivery service Gorillas earlier this month in a deal estimated at $1.2 billion. The year 2022 proved to be a shakeout year for such platforms as Jokr ceased operations and Gopuff cut down on staff and warehouses. 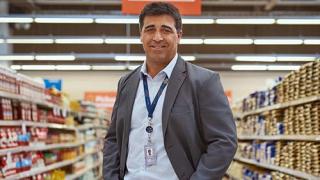 Walmart Canada has named Gonzalo Gebara president and CEO, effective Jan. 30, 2023, pending work authorization. Gebara takes the reins from JP Suarez, EVP, chief administration officer and regional CEO for Walmart International, who has led Walmart Canada on an interim basis for the past six months and will continue to oversee the market.

Having joined Walmart in 2000, Gebara has held roles of increasing responsibility in finance, strategy, e-commerce, marketing and operations in such markets as the United States, Argentina and Chile, driving critical business outcomes. His most recent position was that of Walmart Chile CEO.

“Gonzalo is an experienced retail leader with extensive knowledge across the industry and our business,” noted Judith McKenna, president and CEO of Walmart International. “Under his leadership, he led the transformation of the business in Chile, strengthening our omnichannel capabilities and developing an ecosystem of services for our Chilean customers. Gonzalo is ideally suited to lead Walmart Canada as it continues its journey to help even more Canadian families save money and live better.”

“Walmart Canada has over 100,000 dedicated and talented associates and a strong foundation to build on,” said Gebara. “I look forward to working with our associates to continue to strengthen, innovate and grow our business in Canada.”

One of Canada’s largest employers, Walmart Canada has more than 400 stores nationwide, with 100,000-plus associates serving 1.5 million customers daily. Each week, approximately 230 million customers and members visit Walmart’s more than 10,500 stores and numerous e-commerce websites under 46 banners in 24 countries. The Bentonville, Ark.-based company employs approximately 2.3 million associates worldwide. Walmart U.S. is No. 1 on The PG 100, Progressive Grocer’s 2022 list of the top food and consumables retailers in North America. 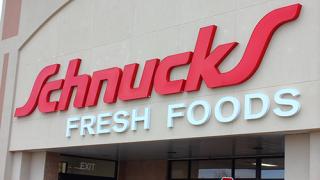 Schnuck Markets, Inc. has been named “Proud Grocery Partner” for the new St. Louis FC soccer club’s upcoming season. The grocer will sponsor a “Player Pals” program during each home game, which will allow local children to accompany players as they walk out onto the pitch and stand with them during pre-game ceremonies.

“As St. Louis’ hometown grocer, Schnucks is excited to welcome St. Louis CITY SC to our great sports city and proud to be a part of their inaugural season,” said Schnucks Chief Marketing and Communications Officer Bill Bradley. “We look forward to cultivating a longstanding partnership with the club and to celebrating professional soccer with CITY fans.”

Schnucks also plans to collaborate with the team on community outreach projects throughout the region. The company’s other current sponsorship partners include the St. Louis Cardinals, St. Louis Blues, Saint Louis University, University of Missouri, University of Illinois, World Wide Technology Raceway and others.

“St. Louis CITY SC is already inspiring our next generation of soccer players,” said Schnucks Brand Manager Zach Collins. “Our hope is to watch a St. Louis kid go from being a Schnucks-sponsored Player Pal alongside CITY’s starting eleven today, to wearing the St. Louis CITY SC kit on the pitch with the first team tomorrow.”

St. Louis-based Schnucks employs 12,000 associates and is No. 64 on The PG 100, Progressive Grocer’s 2022 list of the top food and consumables retailers in North America. 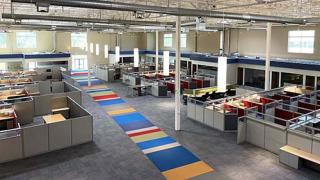 The Raley’s Cos. is investing in a new Bashas’ support center. Located in Bashas’ hometown of Chandler, Ariz., the office will provide the division’s support and administrative associates with updated features and an open-concept layout designed to facilitate collaboration. This coming spring, employees will move from their current location on 22402 South Basha Road to the new facility on 2650 West Geronimo Place.

“We are committed to preserving and enhancing the Bashas’ brands, and this includes our investment in an office that fosters innovation and collaboration,” said Raley’s President and CEO Keith Knopf. “This modern workspace will provide new amenities and create an environment to inspire existing and future team members.”

“It goes without saying that Chandler has built a very close relationship with Bashas’ over the decades, and it was a top priority for us to keep these quality office jobs in our community,” added Chandler Mayor Kevin Hartke. “We appreciate The Raley’s Cos.’ proactive outreach to city leadership early on in the real estate process, and we want to congratulate the team on its beautiful new office in the heart of Price Corridor.”

The new support center is part of Raley’s investment in Bashas’ since acquiring the chain in 2021.

With more than 235 locations across four states and four Tribal Nations under eight well-known banners, West Sacramento, Calif.-based Raley’s is No. 48 on The PG 100, Progressive Grocer’s 2022 list of the top food and consumables retailers in North America. 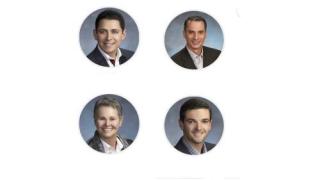 The Hass Avocado Board has named four new executive committee board members who will replace outgoing members as their tenure concludes. For the 2023 board year, the board welcomes Sergio Chavez (at top left), an importer who will take over as treasurer; Jorge Hernandez (at top right), an importer from London Fruit who will serve as chairperson; Susan Pinkerton (at bottom left), a California producer who will step in as secretary; and C.J. Shade (at bottom right), a California producer who will be vice chairperson.

“It is an honor and a privilege to be elected as chairperson for 2023,” said Hernandez. “I am looking forward to continuing to support Hass Avocado Board and its efforts alongside my fellow industry members, especially in an expanded role. As the only independent avocado organization, Hass Avocado Board is dedicated to the success of the entire industry, and we look forward to continuing our mission of making fresh Hass avocados America’s favorite fruit.”

The board meets for times a year to help guide the group’s policies and direction. According to the avocado organization, Hass Avocado Board’s structure is unique in that its board meetings include international representation.

According to Hass Avocado Board, the avocado industry is a $7 billion industry in the U.S. In November, the group shared results of a new study showing that the first quarter is the new peak for avocado retail sales.