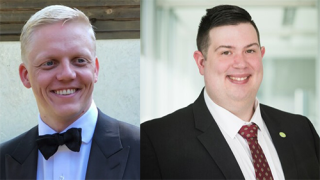 The National Grocers Association (NGA), the trade organization representing the independent supermarket industry, has added two new members to its advocacy team: John Richard in the role of senior manager of government relations and policy analysis, and Ryan Cagney in the position of manager of political affairs and fundraising.

Richard (at left in photo) has joined NGA from the Aluminum Association, where, as a policy analytics associate, he worked on such policy issues as trade, recycling, workforce, energy and supply chains. Before that, Richard worked at the National Restaurant Association, using data analytics to drive success with state partners, and as an intern for U.S. Rep. Ruben Gallego, D-Ariz.

Cagney (at right in photo) was previously a Houston-based political consultant, working on grass-roots campaigns for various issues and candidates, as well as a government affairs advisor for the Houston Professional Firefighter Association and the Texas Cigar Merchants Association. Cagney also worked on the campaigns of U.S. Rep. Dan Crenshaw, R-Texas, and Texas Gov. Greg Abbott.

“John and Ryan bring a wealth of experience to NGA in policymaking, political affairs and grass-roots campaigns,” noted Chris Jones, SVP of government relations and counsel at Washington, D.C.-based NGA. “Their skills will be an asset to independent community grocers as they work to advance NGA’s policy initiatives on behalf of the industry.”

In other NGA people news, Eric Payne, a member of the association’s marketing and communications team for the past four years, has been promoted to the role of senior manager of communications. Payne’s key duties include administering the association’s member newsletters, scheduling all online content and coordinating NGA’s social media activities.

“Eric is an integral part of NGA’s communications team who continues to pursue new and better ways to enhance our member outreach and communications,” said Laura Strange, SVP of communications and external affairs at the organization. 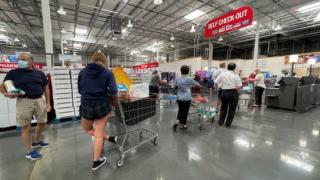 The company is still showing solid momentum, however, as evidenced by the nine weeks ended Oct. 30. During this time, Costco reported net sales of $39.19 billion, an increase of 9.0% from $35.97 billion last year.

Meanwhile, comparable sales, excluding the impacts from changes in gasoline prices and foreign exchange, for the retail month of October increased 6.1% in the United States and 8.8% in Canada. E-commerce comparable sales also rose 1.6%.

Last month,  Costco revealed that its board of directors had declared a quarterly cash dividend on Costco common stock of 90 cents per share. The quarterly dividend is payable on Nov. 10 to shareholders of record.

The club store chain released its fourth-quarter and fiscal year results in September. Net sales increased 15.2% for the quarter ending Aug. 28 and, on a 52-week basis, rose 16% to reach $222.73 billion. This was largely in line with Wall Street expectations.

Issaquah, Wash.-based Costco has more than 570 locations in the United States and is No. 3 on The PG 100, Progressive Grocer’s 2022 list of the top food and consumables retailers in North America. The company was also named one of PG’s Retailers of the Century. 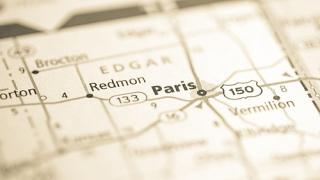 A new independent grocer is providing relief to a food desert in a community about 165 miles south of Chicago and 90 miles west of Indianapolis. Filling a shuttered Save A Lot site, GW’s Tiger Market opened this month in Paris, Ill.

Spanning about 5,700 square feet, GW’s Tiger Market at 302 W. Jasper Street is owned by area residents Kodie Girton and Randy Winkler. According to social media information, the store carries a variety of fresh and frozen products, along with locally-sourced goods like farm fresh eggs.

The owners, who have run a meat processing business called GW's Edgar County Locker for years, specialize in meats. Locally produced meats, such as bison, are available at the new grocery store, too.

Girton and Winkler told a local media outlet that the timing was right for a needed business in the community. "We only have Walmart here, and there are no other grocery stores within 30 miles of us. Everybody has to travel during the winter, and it's not that safe. We just felt like we needed another option here, and we've heard it a lot in the community. With us owning a butcher shop here in town, it seemed to make more sense for us to expand and help the community the best we could,” the owners said. 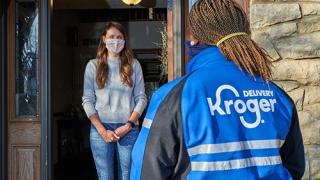 “We are committed to delivering a fresh, convenient customer shopping experience with zero compromise on quality, selection, and affordability,” said Bill Bennett, Kroger VP and head of e-commerce. “From the personalized shopping experience, easy digital coupons, valuable fuel points, and fresh, high-quality products, to the refrigerated trucks [and] trained and uniformed drivers, we look forward to Oklahoma City and San Antonio customers enjoying all the benefits Kroger online shopping has to offer.”

Local shoppers will also be able to take advantage of the recently introduced Boost by Kroger annual membership program. For either $59 or $99 per year, Boost offers such benefits as unlimited free delivery on orders of $35 or more and two Fuel Points for every $1 spent on groceries and general merchandise purchases through Delivery, Pickup and in-stores. According to Kroger, membership can save customers an estimated $1,000-plus per year on fuel and grocery delivery. 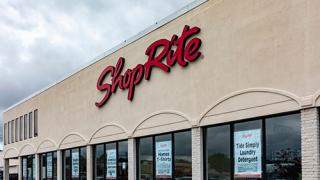 “Expanding online shopping EBT SNAP payment options beyond our retail digital channels will make fresh foods and essentials even more accessible for families in need,” noted Elizabeth Goodbread, director of digital commerce at Wakefern. “This is an important additional step in advancing the fight against food insecurity in the communities our stores serve.”

“We share Wakefern’s mission to provide more people across the Northeast with greater access to nutritious food,” said Sarah Mastrorocco, VP and general manager of Instacart Health. “At Instacart, we believe online grocery can be a major tool to address nutrition security. We look forward to increasing affordability and accessibility through our expanded partnership with Wakefern.” 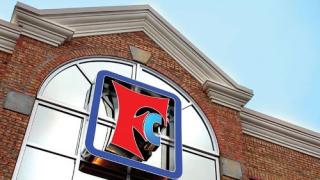 Food City will welcome its latest store into the fold on Nov. 9 in Cartersville, Ga.

Further, a Food City Gas N’ Go fuel center will be located across the street from the store and is expected to open in the summer of 2023. Customers can take advantage of the Fuel Bucks program once the facility opens.

The grocer has hired 250-plus associates, the vast majority of whom have come from the local community.

Food City recently broke ground on a new store located at 514 Main Street, in Kimball, Tenn. The 49,000-square-foot retail supermarket is expected to open in late summer or early fall of 2023.