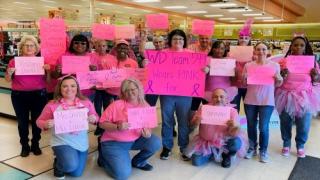 Following National Breast Cancer Awareness Month in October, Winn-Dixie announced that its customers and associates raised $366,000 for the cause. The monies from a recent promotional campaign at stores in Alabama, Mississippi and the Florida Panhandle will go towards the American Cancer Society’s Making Strides Against Breast Cancer program.

The funds will support the American Cancer Society’s critical need for research, educational support and supplemental resources to help with early detection and risk reduction of breast cancer, which accounts for about 30% of all female cancers diagnosed annually.

“Whether a family member, friend, colleague – or as a survivor themselves – we all know someone who has felt the effects of breast cancer. That’s why Winn-Dixie continues to stand with the American Cancer Society’s Making Strides Against Breast Cancer for more than a decade, and we are humbled to continue cultivating a future free from the threat of breast cancer,” said Lynn Rushing, regional VP of Winn-Dixie. 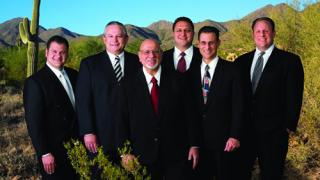 After selling Bashas’ to Raley’s in 2021, brothers Preston, Dalton and Brandon Basha created Tortuga Trading Co. with their two other siblings to invest in companies like Boom Interactive, with the aim of revitalizing the grocery industry. Tortuga is now building out the retail version of Boom Interactive’s flagship product, Bubbles, which is known as R3D, and will offer the software to its portfolio of retail partners.

“Boom Interactive’s technology is changing the way commercial developers construct and design their spaces and how brands display their goods,” said Brandon Basha. “We are honored to get our hands dirty to help this revolutionary platform blossom.”

Boom Interactive recently revealed a $5.5M SAFE Note investment as a precursor to a Series A round, to aid the company in building sales and marketing teams and launching more products that showcase the same technology as Bubbles.

”It wouldn’t have been possible to develop R3D so quickly if it wasn’t for the Bashas’ commitment and dedication to the technology and to the potential the software has in so many verticals, even beyond grocery and retail,” said Timber Barker, CEO and founder of Salt Lake City-based Boom Interactive. “When I met the Basha family, they made me feel like the fifth brother, and it was then I knew that this partnership was going to be paramount to the success of our collective vision for Boom.”

“Eventually, Boom’s technology will be able to create AI experiences for shoppers where they can shop from anywhere in the world through the metaverse,” noted Dalton Basha. 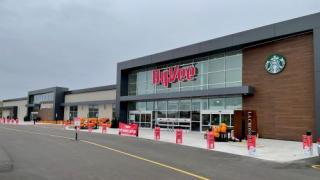 Hy-Vee Inc. has kicked off its month-long campaign to honor military veterans and active-duty service members in their communities, as well as to boost awareness of and support for organizations that serve vets, active-duty military and their families.

Every November, the grocer runs the Hy-Vee Homefront initiative, which includes various company efforts. This year, the Hy-Vee Homefront Round Up checkout fundraising program runs through Nov. 13 at all Hy-Vee and Dollar Fresh Market stores across the company’s market area. Hy-Vee will match all customer donations up to $100,000, and Coca-Cola will additionally match up to $50,000 with all proceeds going to Hope for the Warriors, Operation First Response, American Red Cross and the Puppy Jake Foundation.

A buffet-style Veterans Breakfast will take place onFriday, Nov. 11 from 6 a.m. to 10 a.m. at Hy-Vee stores, with free doughnuts and coffee available for all veterans and active-duty military members at all Dollar Fresh Market locations on the same day. Vets and active-duty military will also receive 15% off their grocery purchases on Veterans Day at Hy-Vee stores, through Hy-Vee Aisles Online or at Dollar Fresh Market locations, using promo code HOMEFRONT15.

The company’s recruiting program, Hiring Heroes,features special events throughout the year for veterans and service members returning to civilian life to learn about career opportunities. The company provides such benefits for veterans as a paid day off on Veterans Day, relocation assistance and hiring bonuses based on eligibility.

Employee-owned Hy-Vee operates more than 285 retail stores across eight Midwestern states and has a team of more than 80,000 employees. The West Des Moines, Iowa-based company is No. 30 on The PG 100, Progressive Grocer’s 2022 list of the top food and consumables retailers in North America.

Schnucks Shoppers in Missouri Are Getting Ready for Total Store Remodel 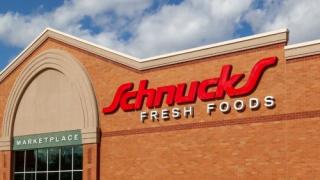 Customers of the 67,000-square-foot Schnucks store in Crestwood, Mo., can soon expect a new grocery experience, as Schnuck Markets Inc. has started to work on a total store remodel.

Located at 9540 Watson Road, the remodeled store will include a Fresh Pour drink area specializing in coffee and draft beer and wine, along with an expanded and relocated wine, beer and liquor area. On the fresh side of the store, customers will experience a renovated deli that will serve hot pizza and a new Cheese Shoppe, as well as a remodeled bakery and upgraded seafood department featuring fresh sushi. In addition to an abundance of fresh fruits and vegetables, the renovated produce department will offer self-service nut butters.

In addition to a new decor package throughout the location, the store will offer a new LiveWell natural-living department. The remodel is expected to be completed in late spring or early summer 2023.

“It’s because of our shoppers’ loyalty and patronage over the years that we are able to make this investment in our store and in our community,” said Schnucks Crestwood Manager Don Quante.

During and after the remodel, customers can continue to use Schnucks Delivers and Curbside Pickup through Instacart.

St. Louis-based Schnucks employs 12,000 associates and operates 114 stores. It is No. 64 on The PG 100, Progressive Grocer’s 2022 list of the top food and consumables retailers in North America. 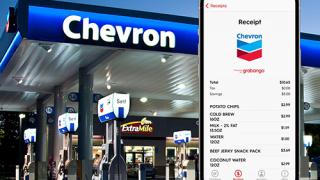 Grabango and Chevron U.S.A. Inc. have brought checkout-free shopping to a Chevron ExtraMile store in San Ramon, Calif. The concept enables shoppers to bypass the lines and save time with a convenient in-store contactless checkout experience.

Grabango’s computer-vision technology allows shoppers to select any non-age-restricted product in the store and then leave without waiting in line to check out. Payment is automatically completed through the Grabango app.

“We’re grateful to be working with one of the greatest consumer brands in the world to bring checkout-free to more shoppers,” noted Grabango CEO and founder Will Glaser. “Grabango is honored to help Chevron usher in the future of physical retail shopping.”

“We’re always looking to improve the experiences of our valued ExtraMile shoppers,” said Bob Stolz, general manager of San Ramon-based Chevron Stations. “That’s why we’re excited to work with Grabango to pilot their one-second-checkout technology at our Bollinger Canyon station.”

Chevron is the most recent rollout in a series of major retailers working with Berkeley, Calif.-based Grabango. These include BP, Circle K and Mapco. 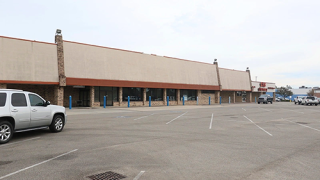 Rouses Markets has revealed plans to open its first store in Picayune, Miss. According to CEO Donny Rouse, the company has agreed to buy the River Ridge Shopping Center, where it plans to build the new 40,000-square-foot location.

The shopping center is at the corner of I-59 and Mississippi Highway 43 North, a high-traffic spot that also includes a CVS.

“We are very proud that Rouses Markets saw the value in locating in Picayune,” said the town’s mayor, Jim Luke. “My administration and I have been working toward this for a long time.”

“We are thrilled to be another step in moving Picayune forward,” added Donny Rouse, the third generation to run the business started by his grandfather Anthony J. Rouse Sr.

Work on the 4.4-acre site is scheduled to start in the first half of next year, with an anticipated opening in 2024. The new Picayune location, set to be the company’s fourth store in Mississippi, will employ about 200 people.

The official supermarket of the New Orleans Saints, Thibodaux, La.-based Rouses operates 64 stores in three states and has more than 7,000 associates. With its CVS Pharmacy subsidiary operating almost 10,000 locations nationwide, Woonsocket, R.I.-based CVS Health is No. 7 on The PG 100, Progressive Grocer’s 2022 list of the top food and consumables retailers in North America.