Next Stop for Pop Up Grocer: Denver 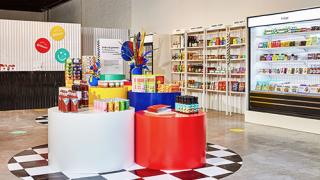 Pop Up Grocer has revealed that its next location will be Denver, where the company will set up temporary shop on Friday, Sept. 30.

The location will remain in place at 2645 Walnut Street in the city’s RiNo neighborhood until Oct. 30, during which time it will showcase more than 100 brands, including national brands like Christie’s Chips, The Hampton Grocer and Courtside, in addition to several Colorado-based brands, among them Hazlo tequila mixer, Rowdy Mermaid kombucha and vegan Byte Bars. It will be open seven days a week from 11 a.m. to 8 p.m.

“Denver is an active, wellness-minded city that has welcomed a lot of new residents in the last few years,” noted Emily Schildt, founder and CEO of New York-based Pop Up Grocer. “We’re thrilled to meet their enthusiasm for adventure with a like-minded array of products that are the perfect complement to their lifestyle.”

Other cities recently visited by Pop Up Grocer include Chicago and Washington, D.C.

In addition to its temporary stores, the recently rebranded company has revealed that it will soon open a permanent flagship location in the Big Apple. 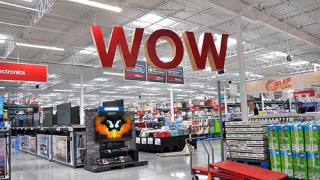 BJ’s Wholesale Club is expanding its reach in more ways than one. As the warehouse club operator adds to its footprint by opening several new stores this year, it is also widening its service by accepting SNAP EBT payments across all of its U.S. locations.

Club members now can use their government assistance to purchase items at BJ’s club stores and online at BJs.com or via the retailer’s mobile app. Flexible options are available, including free pickup, shipping and same-day delivery; shoppers can also split their payments at checkout between their EBT card and debit or credit card, if desired.

“Over the course of the last few months, we’ve been actively working to expand our online SNAP EBT payment options for our members across all the states we currently do business in,” said Monica Schwartz, EVP and chief digital officer at BJ’s. “We’re excited to announce that SNAP EBT payments are accepted online chainwide, allowing us to offer even more flexibility and convenience to all of our members.”

The expansion of SNAP EBT payments comes as more people are joining the BJ’s club. The club store chain recently opened its fourth new store of 2022 in Michigan and, in August, reported a strong second quarter performance marked by high gains in traffic and market share. Total comp sales grew by nearly 20% in the second quarter on a year-over-year basis.

Westborough, Mass.-based BJ's operates 230 membership warehouse clubs and 160 BJ’s Gas locations in 17 states. The company’s common stock is traded on the New York Stock Exchange. BJ’s is No. 26 on The PG 100, Progressive Grocer’s 2022 list of the top food and consumables retailers in North America. 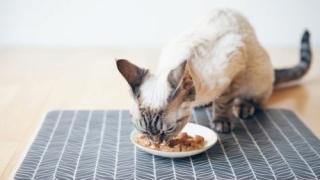 Online financial services marketplace LendingTree has released a consumer survey finding that more than 75% of pet owners believe that inflation is making pet ownership more expensive, and 26% are struggling to afford the four-legged members of their families. By generation, Millennials (32%) were most likely to say that they're having trouble paying for pet expenses amid inflation.

Overall, 87% of pet owners said that they've experienced increased pricing on key pet-related expenses, especially pet food (74%) and veterinary services (33%). This increase in cost has forced pet owners to make financial sacrifices for their pets, with nearly one in four (23%) having taken on debt for their furry friends, and some even limiting their retirement savings contributions (10%).

Charlotte, N.C.-based LendingTree commissioned Provo, Utah-based Qualtrics to conduct an online survey of 1,017 U.S. pet owners, ages 18 to 76, on Aug. 12-18. The survey was administered using a nonprobability-based sample, and quotas were used to ensure that the sample base represented the overall population. All responses were reviewed by researchers for quality control. 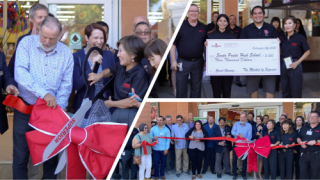 Superior Grocers has hit a milestone, opening its 70th store in Southern California. The location at 280 E. Harvard Blvd. in Santa Paula operates under The Market by Superior banner.

The Santa Paula store northwest of Los Angeles features grocery staples as well as a large selection of produce, fresh meat, baked goods and ready-to-eat hot food options. A liquor department is also a part of the new location.

“We are very excited to open The Market by Superior and to join the community of Santa Paula,” said Superior’s President Richard Wardwell. “We are honored to serve the neighborhood with a great shopping experience as they have welcomed us with open arms.”

Founded in 1981, Santa Fe Springs, Calif.-based Superior Grocers is one of the largest independently-owned grocery chains in Southern California. 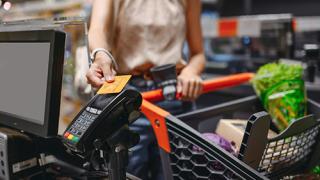 “The letter represents a resounding call from the independent supermarket industry that credit card reforms are long past due. For many of our members, the fees associated with accepting credit cards is one of the highest costs of doing business,” said Greg Ferrara, president and CEO of the Washington, D.C.-based National Grocers Association (NGA), which represents the independent sector of the grocery industry. “In addition to the direct impact these ‘swipe fees’ have on independent grocers’ operations, they also drive up the costs of food and other goods at a time when Americans are already reeling from a level of inflation not seen in a generation.”

“The Credit Card Competition Act would bring much-needed relief to retailers and American consumers by simply requiring that Visa and Mastercard compete with other networks for both merchant and bank business,” noted the letter, which was sent to all members of the House and Senate by the Merchants Payments Coalition, of which NGA is a founding member.

The signatories to the letter requested that legislators co-sponsor S. 4674, the Credit Card Competition Act, to help improve the likelihood the bill will be considered by Congress and ultimately signed into law.

Kroger Expanding Use of PackIt Totes in E-Commerce 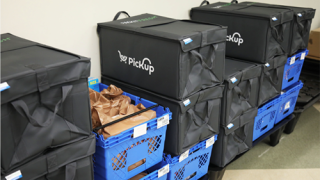 The Kroger Co. has expanded its collaboration with PackIt, a brand of New York-based Tenth Avenue Holdings LLC, to new storefronts and  regions of the United States.

“After successful pilot programs at multiple storefronts in the Midwest and western United States, the PackIt Fresh Mobile Refrigeration Solution is now being implemented at Kroger stores across Atlanta and Nashville for the first time,” said Melissa Kieling, founder of Agoura Hills, Calif.-based PackIt. “We’re also seeing our solution entering additional stores in California and Arizona. Kroger clearly recognizes the improvement to product freshness and efficiencies gained by deploying our EcoFreeze totes into their retail operations.”

Serving 60 million households annually nationwide through a digital shopping experience, and almost 2,800 retail food stores under a variety of banner names, Cincinnati-based Kroger is No. 4 on The PG 100, Progressive Grocer’s 2022 list of the top food and consumables retailers in North America. Family-owned Fareway, which operates more than 120 stores in seven Midwestern states and employs more than 12,000 associates, is No. 77 on The PG 100.