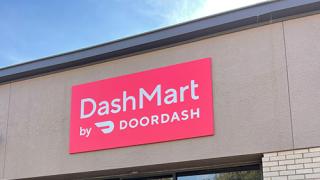 “We are excited to partner with DoorDash to automate and optimize forecasting and replenishment for their DashMart locations,” said Carlos Victoria, SVP sales Americas for Relex. “We look forward to working with DoorDash to continue driving accuracy and efficiency in their supply chain operations.”

San Francisco-based DoorDash also recently moved to end its partnership with Bentonville, Ark.-based Walmart after more than four years. Sources familiar with the matter told Business Insider that DoorDash decided to end its partnership with the retailer because it was no longer mutually beneficial and because the delivery company wanted to focus on “its long-term customer relationships." 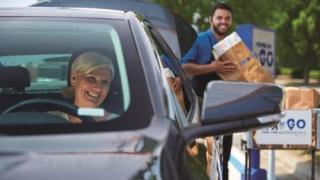 As shoppers’ fall schedules get busier and the holiday season looms, Food Lion is widening its curbside pick-up service to include 15 more locations in Tennessee, Georgia and North and South Carolina.

Between the hours of 10 a.m. and 8 p.m., shoppers in those markets can order groceries online via the Food Lion to Go app and retrieve their items on the same day from the comfort of their own vehicle. Customers over the age of 21 can also purchase their beer and wine for pick-up, in areas where that kind of purchase is accepted.

The expansion of the Food Lion to Go program reflects the company’s efforts to meet shoppers’ needs, wherever they are. “We continue to offer Food Lion To Go at additional stores to help our customers spend more time on what matters most to them,” said Evan Harding, director of digital and e-commerce. “We want to give neighbors the option to shop however they prefer, in-store or online, while still ensuring they have access to fresh groceries at affordable prices.”

To mark the new service, Food Lion is offering free pickup for first-time users. Shoppers can also link their loyalty card to their online account for additional deals through digital coupons and rewards savings.

What Can Grocers Expect This Labor Day Weekend? 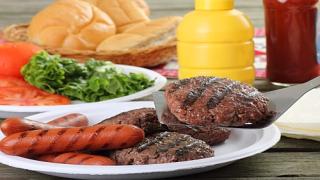 Labor Day weekend is coming – and so are shoppers. As consumers stock up ahead of cookouts, picnics and more time at home during the holiday break, they are back in physical stores.

That’s a conclusion from a new Numerator survey on Labor Day shopping trends. When polling consumers about their shopping intentions heading into the last big weekend of summer, the data tech company found that 88% of people expect to make their purchases in person. Most of them (68%) plan to shop at grocery stores, while 45% say they will visit a mass retailer and 33% will likely go to a club store. Only 17% expect to shop online.

As for what they’re planning to buy when they get to the store, most shoppers are filling their carts with food. At the top of their shopping lists: meat/seafood, snacks, fruits/vegetables, side dishes and alcoholic beverages. Nearly two thirds (61%) report that they intend to grill or barbecue.

Numerator’s findings also show that shoppers are less influenced now by recent external market factors than they were in the past. Fewer than one in five (18%) anticipate that COVID will affect their plans. Just over half (51%) of shoppers report that inflation is impacting their Labor Day plans, compared to 62% during Memorial Day weekend, Numerator revealed.

That said, consumers will be looking to save money when they can. An overwhelming majority of 9 in 10 of those surveyed said they may shop Labor Day weekend sales events. More than half of those looking for deals expect to buy grocery items, while 25% will look for discounted apparel/shoes and 24% will seek on-sale household essentials.

Even as they are in Labor Day shopping mode, consumers are feeling the pinch of inflation in other ways. Fuel prices, while dropping over the summer, are still a concern: A third of shoppers told Numerator’s researchers that high fuel prices are spurring them to travel less and 22% say they won’t travel at all this year because of pain at the pump. 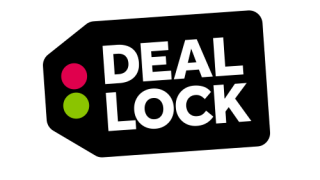 Stop & Shop has launched a Deal Lock program, which allows customers to take advantage of sale prices longer by providing extended savings on select items for a couple of weeks at a time.

Both national and private label brands are included in the new cost-saving initiative, which spans all store departments and categories. Deal Lock items will be highlighted in the circular, as well as in store with dedicated end caps, aisle displays, shelf tags, in-store radio announcements and additional store signage – all designed to help customers spend less for longer.

“We are proud to offer our customers another way to save on the items they want and need, especially during these inflationary times,” said Gordon Reid, president of Stop & Shop. “Combined with our everyday low prices, weekly sale items and loyalty program offers, we’re giving customers the ability to spend less while still checking everything off their shopping lists.”

Once a customer uses their Stop & Shop GO Rewards loyalty card at checkout, they will automatically receive the Deal Lock prices. Those shopping online for delivery and pickup will also be able to take advantage of Deal Lock savings automatically at checkout.

Similarly, Mansfield, Mass.-based Roche Bros. Supermarkets recently rolled out a price lock on more than 500 of its most frequently purchased items until Nov. 17. Additionally, Dollar Tree plans to lower prices at its Family Dollar stores.

Stop & Shop Supermarket Co. is an Ahold Delhaize USA company that employs 58,000 associates and operates more than 400 stores throughout Massachusetts, Connecticut, Rhode Island, New York and New Jersey. Ahold Delhaize USA, a division of Zaandam, Netherlands-based Ahold Delhaize, is No. 10 on The PG 100, Progressive Grocer’s 2022 list of the top food and consumables retailers in North America. Chesapeake, Va.-based Dollar Tree is No. 29 on The PG 100. 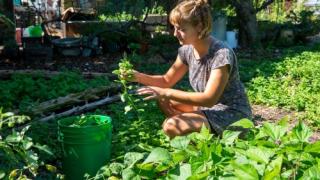 United Natural Foods, Inc. (UNFI) is taking steps to unite communities by funding programs to improve food systems. The charitable arm of the natural foods wholesaler, the UNFI Foundation, is granting more than $1 million in grants to organizations in more than 40 areas across North America.

The monies will be used to boost equitable food access in vulnerable communities. In 2022, the UNFI Foundation has awarded grants to groups such as the African Alliance of Rhode Island in Providence, R.I., Berkeley Food Network in Berkeley, Calif., Chef Ann Foundation in Boulder, Colo., Cooking with Kids in Santa Fe, N.M., Daily Table in Dorchester, Mass., Pilot Light in Chicago, Second Chance Foods in Carmel, N.Y., and the Sustainable Food Center, Inc. in Austin, Texas, along with nearly three dozen other organizations.

“At UNFI, we know our work isn’t done once a product leaves our distribution center. That’s why we are thrilled to support this year’s grantees, which are pursuing a wide range of innovative and impactful ideas to support food equity and access in their local communities across more than 20 U.S. states and into Canada,” said Alisa Real, the Foundation’s executive director.

According to the UNFI Foundation, its nonprofit beneficiaries have tended to more than 6,000 acres of organic farmland and delivered $7 million worth of fresh food to at-risk community members. In addition. affiliated programs have helped launch 31 school gardens and taught more than 200,000 children around the country about healthy eating. 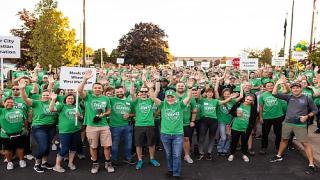 Giving new meaning to “service area,” SpartanNash brought back its traditional Helping Hands Day this summer after a pandemic-era hiatus. The turnout was robust, as the retailer’s associates fulfilled and committed to more than 3,300 hours of service to nonprofit partners in three states.

Volunteers took part in projects for several charitable groups in West Michigan, Minneapolis and Norfolk, Va. Among other activities, associates worked at local food pantries, did yard work and minor construction work for community members in need and helped organize and clean sites.

In West Michigan, SpartanNash team members partnered with 16 non-profit organizations, including Access of West Michigan, Grand Rapids Home for Veterans and Paws with a Cause. In Minneapolis, the volunteer crews supported organizations including The Bridge for Youth, Esperanza United and Solid Ground, among others. On Sept. 15, associates will give of their time in Norfolk to help out groups like the Food Bank of Southeastern Virginia, Portsmouth Humane Society and Goodwill.

“Our SpartanNash associates have always been generous with their time and talents, and as part of our People First culture, we were excited to get back out into our communities and volunteer,” remarked Tony Sarsam, SpartanNash president and CEO. “We have seen through the pandemic just how resilient our communities can be, and that inspires us to give our best every day and to provide support when we can.”

SpartanNash’s core businesses include distributing grocery products to independent and chain retailers, its corporate-owned retail stores, and U.S. military commissaries and exchanges, as well as fresh produce distribution and fresh food processing. No. 41 on The PG 100, Progressive Grocer’s 2022 list of the top food and consumables retailers in North America, the Grand Rapids, Mich.-based company also operates 145 supermarkets and employs 17,500 associates.