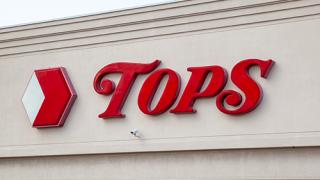 “The ability to offer a superior online gift card experience for our customers is a key part of Tops’ growth strategy in online retail,” noted Diane Colgan, SVP of Tops. “Blackhawk Network has been a longtime trusted partner in our efforts to offer a dynamic, comprehensive gift card strategy.”

“With online retail on the rise, especially with grocers, the addition of Tops’ new e-commerce gift card mall will continue to be an important expansion of their online retail offerings,” said Steve Dekker, managing director, Americas at Pleasanton, Calif.-based Blackhawk.

The move represents an expansion of Tops’ partnership with Blackhawk, which also includes management of the grocer’s own gift cards both in-store and online. Tops and Blackhawk have teamed up to roll out Tops’ first- and third-party gift card programs to grow the brand’s gift card offerings and reach. 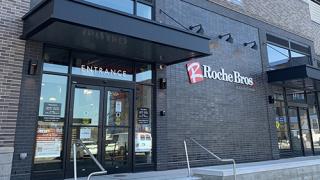 Ahead of its 70th anniversary this autumn, locally owned and family-operated Roche Bros. Supermarkets is offering a helping hand to the local communities that have kept it in business over the years. The independent grocer has rolled out a price lock on more than 500 of its most frequently purchased items from now until Nov. 17.

“Roche Bros. has evolved through the years by listening to our customers and doing our best to meet the needs of the communities we share,” said second-generation owner Rick Roche. “We continue to do that 70 years later. We realize that as a family-owned business, we have an opportunity to respond to the current challenges families are facing with the rising costs hitting our industry especially hard. Through our Price Lock Promise, we hope to help families maintain some control over rising costs while still accessing the highest-quality products.”

The Roche Bros. Price Lock Promise covers more than 500 popular items, from bread, milk and laundry detergent to chips and ice cream. This will enable customers to budget confidently in preparation for Thanksgiving. A full list of products in the program is available online.

In similar efforts to help shoppers save, Weis Markets instituted price cuts on many of its best-selling frozen items in May, while natural food retailer Earth Fare cut prices on hundreds of Field Day pantry essentials earlier this month.

Along with the price lock, Roche Bros. will revive its New England Cheese and Food events at many locations in October to celebrate its 70th anniversary and continue its tradition of partnering with local food producers and helping consumers discover new local flavors. A complete list of events can also be found online. 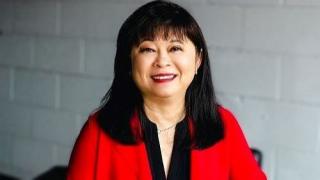 Motter, who also called herself “Chief Egg Roll Officer” for Van’s Kitchen on her LinkedIn profile, served as the company’s CEO for more than nine years. She held the CFO position at Van Oriental Food from 1986 to 2013. She was recognized by Progressive Grocer as a 2022 winner of the Top Women in Grocery awards, in the senior-executive category.

Nguyen was an instrumental part of the organization for more than 20 years and is returning on a temporary basis to guide Van’s through the transition. "Theresa took over the family business as CEO nearly a decade ago. Without her leadership, Van’s Kitchen would not be one of the country’s most successful egg roll manufacturers," he declared. "Theresa successfully navigated the company through the pandemic while increasing sales and maintaining employee retention. We are grateful for the exceptional leadership Theresa brought to Van’s Kitchen.”

Added Motter: “Van’s Kitchen began and will continue to be a family-owned and operated business. My brother Apollo will now steer the company and work with the board to hire the next CEO to lead Van’s Kitchen into the future. Our company’s success demonstrates what hard-working families and dedicated employees can accomplish together. I am incredibly proud of our legacy.” 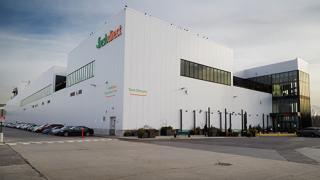 Online grocer FreshDirect has revealed that it will leave the Philadelphia and Washington, D.C., areas to focus on markets closer to its Bronx, N.Y., headquarters. The news came via blog post on the company’s website, along with a list of ZIP codes that the e-tailer will no longer service.

“For 20 years, FreshDirect has been integral to the fabric of food culture in New York City,” the company said in a statement provided to Progressive Grocer. “As a homegrown, trusted New York City brand, we are strengthening our commitment to providing service to the greater New York City Tri-State area, which is our biggest opportunity for future growth and expansion. This strategy positions FreshDirect for continued long-term success and further solidifies the company as an industry leader. We are excited to unlock new ZIP codes throughout the Tri-State service footprint and offer the freshest, highest-quality food to even more customers, with the unrivaled ease, convenience and speed FreshDirect is known for.”

In the post, FreshDirect, which recently marked its 20th anniversary, wrote that the last day that customers will be able to place delivery orders in the Philadelphia or Washington, D.C., areas is Friday, Sept. 2, with some neighborhoods seeing service end on Monday, Aug. 29, and that final deliveries will be made on Saturday, Sept. 3.

The company also provided account information for customers in the affected areas.

According to The Philadelphia Inquirer, FreshDirect came to the City of Brotherly Love and surrounding areas back in 2012. It entered the D.C. region in 2017.

FreshDirect currently delivers directly to customers across seven states, including the New York, Philadelphia, and Washington D.C,. metropolitan areas. In January 2021, the company was acquired by Zaandam, Netherlands-based Ahold Delhaize, whose other U.S brands include Stop & Shop, Peapod, Giant, Food Lion and Hannaford. Ahold Delhaize USA operates more than 2,000 stores in 23 states and is No. 10 on The PG 100, Progressive Grocer’s 2022 list of the top food and consumables retailers in North America. 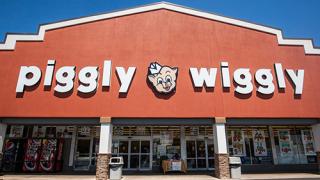 A food desert in Spartanburg, S.C., is getting some relief with the opening of a new Piggly Wiggly. The south side location at 550 S. Church Street welcomed shoppers this week and garnered positive attention in the community.

According to local news reports, the area has been without a grocery store since a Save A Lot closed in 2019. Residents worked with the city of Spartanburg and with the retailer to make it happen. "We started immediately in search of another grocery store. It had been a long haul, however, we are grateful to the Piggly Wiggly owners for investing in this community," Ruth Littlejohn, a city councilwoman told a Spartanburg television news station.

The new store carries a wide variety of groceries and household essentials and there are plans to add a kitchen and a pharmacy.

There are more than 530 Piggly Wiggly independently owned and operated stores serving communities in 17 states. The banner is an affiliate of Keene, N.H.-based C&S Wholesale Grocers. Founded in 1918 as a supplier to independent grocery stores, C&S now services customers of all sizes, supplying more than 7,500 independent supermarkets, chain stores, military bases and institutions with 100,000-plus products, in addition to operating corporate stores. The company is No. 17 on The PG 100, Progressive Grocer’s 2022 list of the top food and consumables retailers in North America. 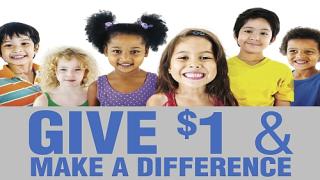 Smart & Final is kicking off its annual fundraiser benefiting City of Hope’s Kids 4 Hope program. From now through Sept. 6, shoppers at the grocer’s locations in California, Arizona and Nevada can donate to the cause.

City of Hope is an independent biomedical research center focusing on the treatment of cancer, diabetes and other life-threatening diseases. Last year, the Smart & Final campaign led to a $450,000 donation to the Kids 4 Hope program.

Throughout the year, the Smart & Final Charitable Foundation assists nonprofit organizations with a focus on hunger relief, health and wellness, team sports and youth development, education, and disaster relief. In 2021, the Charitable Foundation raised almost $2 million to support 1,500 causes with the help of Smart & Final customers and associates.

Commerce, Calif.-based Smart & Final operates 254 locations, including larger-format stores under the Smart & Final Extra! banner that combine a warehouse-store format with traditional grocery offerings. The company was acquired in 2021 by Bodega Latina Corp., a subsidiary of Grupo Comercial Chedraui that is No. 40 on The PG 100, Progressive Grocer’s 2022 list of the top food and consumables retailers in North America.