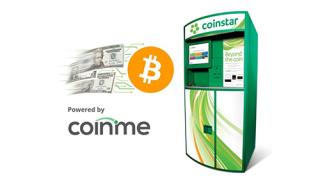 Cryptocurrency cash exchange Coinmehas made available cash onramps to six additional cryptos – beyond Bitcoin – via Coinme-enabled Coinstar kiosks in the U.S. Chainlink, Dogecoin, Ethereum, Litecoin, LumensandPolygon can now be purchased instantly using cash at more than 10,000 of the kiosks nationwide.

“Different coins serve different purposes, and we’re excited to continue serving our customers with a menu of coins representing approximately 70% of the total crypto market cap,” said Neil Bergquist, CEO and co-founder of Seattle-based Coinme. “Our partnership with Coinstar has allowed us to scale to 10,000 additional physical locations, providing instant cash onramps to crypto, which can be purchased and securely stored in the coinme wallet or sent to nearly any wallet globally.”

“Customers have asked us to make other coins available besides Bitcoin on Coinme-enabled Coinstar kiosks,” said Jim Gaherity, CEO of Bellevue, Wash.-based Coinstar, the global leader in self-service coin counting, with 24,000 kiosks in North America, Europe and Japan. “We want to make it easy for anyone, regardless of their familiarity with crypto, to get started with digital currencies with cash in their local grocery stores.”

Coinme is marking its multicoin listings with the Token of the Week Sweepstakes, providing the weekly opportunity for customers to win up to $5,500 in the featured crypto of the week. 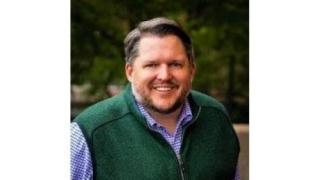 Carnivore Meat Co, a pet food manufacturer in Green Bay, Wisc., has named Nick Ebert as VP of sales. He will lead the company’s global sales efforts for both branded and co-manufacturing segments and focus on strategy and business development.

Ebert joins Carnivore, which specializes in ultra-premium branded, freeze-dried and frozen raw pet food, from SuppliesOnTheFly. At that division of Sysco, Inc., he spearheaded a total sales transformation and developed a go-to-market strategy for rapid growth. His background also includes sales management roles at various CPGs, including PepsiCo’s Frito-Lay division and Altria, Inc.

“Nick’s impressive track record in building high performing sales groups combined with his ability to craft strategies will significantly strengthen our executive team as we embark on the next chapter of our company and its brands,” remarked Lanny Viegut, Carnivore’s CEO.

Ebert said he is looking forward to working at such a fast-growing organization. “Carnivore is positioned to be the leading manufacturer of premium freeze-dried raw pet products globally. Also, who doesn’t love helping pets?” he said.

Carnivore’s pet food brands include Nature's Advantage, Vital Essentials, Ve Raw Bar and Vital Cat, which are distributed to over 7,200 retailers in the U.S. and Canada, online including via Chewy and Amazon, and in 14 other international markets. The company also supplies co-manufacturing customers and provides private label products to several retailers.

Fairway Market in New York Is Converting to ShopRite Banner

ShopRite has added to its footprint with a new location in Pelham, N.Y. The store at 847 Pelham Parkway is converting from a Fairway Market and undergoing a renovation to update its offerings and services.

The 75,000-square-foot should be refreshed by late fall, according to company information. The store will feature a full-service meat department, seafood department, from-scratch bakery, large produce area with an assortment of organic and locally grown fruits and vegetables, expansive deli and floral section, in addition to an array of center-store groceries. Grocery delivery is available through Instacart.

To mark the transition, ShopRite is offering customers its rewards card and promoting its store brands and low-priced items during this period of high food inflation.

"We couldn't wait to give our customers the value and variety of a ShopRite, which is why we have begun offering the ShopRite loyalty card and store promotions. The full store renovation will continue over the next several weeks," explained Bill Sumas, EVP, Village Super Market, Inc. “This new ShopRite will continue to showcase our commitment to the community to offer incredible value, quality and service to our shoppers. We thank our customers for their patience as we prepare the new store and look forward to sharing the ShopRite shopping experience with new and returning customers in Westchester County.”

Established in 1937 as a family business, Village Supermarkets is a Wakefern member and currently operates 30 ShopRite supermarkets throughout New Jersey, Maryland, New York City and eastern Pennsylvania, as well as four specialty markets under the Gourmet Garage and Fairway Market brands in Manhattan.

Keasbey, N.J.-based retailer cooperative Wakefern, whose members operate more than 270 ShopRite supermarkets, comprises more than 40 members that independently own and operate 360-plus supermarkets. The company is No. 25 on The PG 100, Progressive Grocer’s 2022 listing of North America’s top food and consumables retailers in North America.

Indoor vertical-farming company Kalera will distribute its leafy greens to 40 Trader Joe’s stores throughout Texas. All varieties are grown at Kalera's Houston facility as part of the company’s commitment to providing locally grown produce to urban areas with traditionally short growing seasons.

Trader Joe’s shoppers in the Lone Star State can find Kalera’s leafy greens in Krunch, Butter and Frisée whole-head-sized varieties in the produce aisle at a suggested retail price of $2.99.

Kalera’s current distribution encompasses grocery stores across the U.S. and worldwide. The company’s products are also sold in Kroger locations in the Houston and Dallas metropolitan areas, and in H-E-B locations throughout Texas. This year, Kalera has grown its retail store count by 25% versus 2021, and is on pace to surpass 40% growth by the end of the year.

“The Trader Joe’s consumer base is undeniable, as the store is well-known for its low prices on quality, exclusive foods,” said Jim Leighton, President and CEO of Orlando, Fla.-based Kalera. “At Kalera, we pride ourselves on innovatively growing nutritious, affordable and accessible greens, making our expansion into Trader Joe’s an excellent decision for our consumers.”

With more than 500 stores in 40-plus states, Monrovia, Calif.-based Trader Joe’s is No. 27 on The PG 100,Progressive Grocer’s 2022 list of the top food and consumables retailers in North America. Cincinnati-based Kroger is No. 4 and San Antonio-based H-E-B is No. 16 on PG’s list. 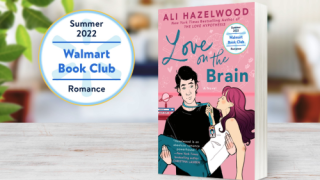 Walmart, Inc. is rolling out its own book club in an effort to help its customers identify their next favorite read. Chosen books will be available both in store and online, and will be labeled with a Walmart Book Club sticker on the cover or on the online product page.

The company’s team of book merchants will choose five titles annually based on reading trends, industry market data and relevancy, with one being announced each season and the fifth winning the honor of the retailer’s Pick of the Year. The inaugural summer book title for the club is “Love on the Brain” by New York Times best-selling author Ali Hazelwood, and books spanning other genres will be added this fall and winter.

“At Walmart, we are always looking for new ways to excite customers with exclusive experiences and unique opportunities,” wrote Walmart book merchants Myles Robinson and Megan Bee in a company blog post. “It’s just one of the many ways we help our customers live better. We’re excited for customers to join in on the literary adventure with us.”

Each week, approximately 230 million customers and members visit Walmart’s more than 10,500 stores and numerous e-commerce websites under 46 banners in 24 countries. With fiscal year 2022 revenue of $573 billion, the company employs approximately 2.3 million associates worldwide. Bentonville, Ark.-based Walmart U.S. is No. 1 on The PG 100, Progressive Grocer’s 2022 list of the top food and consumables retailers in North America.

RJW Logistics Group Inc., a provider of retail logistics solutions for CPG companies, has acquired its tenth warehouse in Chicagoland – the company’s largest facility to date, at 816,000 square feet. The state-of-the-art facility is the latest of RJW’s three new warehouses acquired this year alone. The company additionally plans to expand its footprint another 1 million square feet over the next year.

Estimated to hold 68,000 pallets and ship 68 million-plus cases annually, the Romeoville, Ill., warehouse augments RJW’s retail logistics operation. By controlling inventory from the strategically located Chicagoland region, RJW provides economies of scale for suppliers to achieve a fully optimized and efficient supply chain at a lower cost. Through this single facility, the company will serve 175 CPG customers and create around 325 new jobs in the surrounding area.

RJW also promotes sustainability best practices that minimize suppliers’ environmental footprints. These include its recycling program, which handles an average 100 tons annually, and its retail consolidation program, which eliminates an average of 13 less-than-truckload shipments per consolidated load.