Consumer engagement app Fetch Rewards has surpassed 5 million daily active users, according to metrics from San Francisco-based Data.ai. Having added more than 1 million to that daily active user number in the past month alone, the company is seeing widespread interest in its rewards platform.

“We’re reinventing the way people engage with brands by improving the efficiency of the relationship, and by making it fun,” noted Wes Schroll, CEO and founder of Madison, Wis.-based Fetch. “That’s why we’re seeing these numbers climb. We’re looking forward to continuing to partner with brands that will offer consumers the best experience and leverage our vast amount of users to return the strongest impact for those brand partners.”

With more than 17 million people using the app monthly, Fetch’s daily user count reached 5 million for the first time in July. Demand for the app has continued to rise as consumers seek new ways to save money on grocery staples amid record inflation.

“One thing that makes 5 million so exciting to us is that it’s about a third of our monthly active users,” added Schroll. “We’ve seen this ratio increase, and we’re now on a trend line towards social media apps, rather than utility-savings apps.”

According to the company, its app outperforms such leading apps as Target, DoorDash and Instacart, and, with more than $133 billion in annualized retail sales, the Fetch platform is equivalent to the nation’s fifth-largest and fastest-growing retailer, trailing only e-commerce and big-box giants like Amazon and Walmart. The company has established partnerships with Albertsons and General Mills, among others.

Fetch’s data provides the basis for a new generation of advertising tools that drive real, measurable purchasing decisions. It has more than 500 global brands on its roster. For partners, Fetch Rewards helps accelerate growth and provide a greater understanding of customer behavior to allow for better consumer relationships and stronger brand loyalty. On the consumer side, its frictionless experience creates a fun, social and rewarding experience. 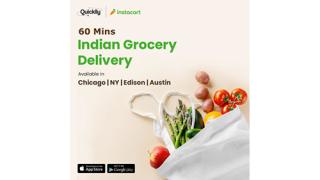 The Instacart app also offers nationwide delivery of Quicklly’s meal kits in three to four days. Shipped directly to consumers’ doors, the kits enable users to prepare an array of authentic vegetarian and nonvegetarian Indian meals and sauces. The new Quicklly grocery storefront enables customers in the seven cities mentioned above to have items delivered the same day that they’re ordered.

“We’re thrilled to grow this partnership with Instacart and bring authentic and delicious Indian and South Asian food to Americans of all backgrounds, identities and locations,” noted Keval Raj and Hanish Pahwa, co-founders of Chicago-based Quicklly. “With Quicklly, we’ve seen hundreds of thousands of customers engage with Indian and South Asian cuisine in new and exciting ways. We’re excited to continue to connect consumers with tasty staples and a diverse array of groceries, meal kits and more.”

“We’re proud to expand our partnership with Quicklly to provide access to same-day delivery of its assortment of authentic Indian groceries, food, fresh produce and customers in seven cities,” said Elise Metzger, director of retail accounts at San Francisco-based Instacart. “At Instacart, we’re dedicated to helping retailers compete and better serve their customers.” 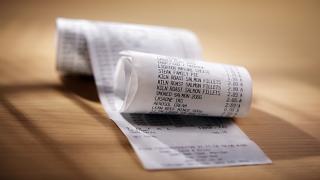 Stubborn inflation slowed improvements in consumer spending in July. According to the advance monthly trend report from the U.S. Census Bureau, overall sales were virtually flat from June to July, versus a 0.8% rise from May to June. Analysts had anticipated a small increase.

The Census Bureau also tracks sales at food and beverage stores and found similar buying behavior in those retail businesses, with almost $79 billion in sales for July and $78.8 for June.

Despite proverbial belt-tightening among shoppers this summer, overall retail sales were 10.3% more than during July 2021, by the Census Bureau's figures.

Meantime, based on its own research, the National Retail Federation (NRF) reported this week that core retail sales slightly increased in July. Excluding car dealers, fuel stations and restaurants, NRF’s data showed a 0.8% retail sales increase from June to July. Looking at grocery and beverage stores, NRF found that sales edged up 0.2% month over month on a seasonally-adjusted basis.

The NRF aligned with the Census Bureau findings showing year-over-year sales gains. By NRF’s research, core sales were 7.1% higher this year than in July 2021.

“Retail sales grew in July, supported by declines in prices at the gas pump and moderately lower inflation,” said Matthew Shay, NRF’s president and CEO. “Consumers are adapting to higher prices by prioritizing essentials like food and back-to-school items, and retailers are working hard to absorb the impact of higher costs and help customers stretch their hard-earned dollars. However, policy measures like removing China tariffs, enacting smart immigration reform and investing in supply chain resiliency are needed to relieve inflationary pressure and lower costs for American families.” 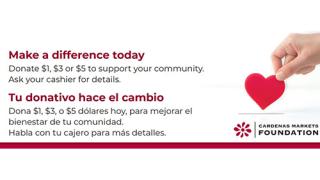 Upon checkout, every one of the grocer’s stores will provide customers the opportunity to donate $1, $3 or $5 to the foundation. Funds raised through Cardenas CARES will benefit nonprofit organizations in the grocer’s local communities.

Additionally, by going online or requesting a Cardenas CARES Community brochure from their local store director, nonprofits seeking support from the Cardenas Markets Foundation will find the giving guidelines and criteria.

“Our customers are like family, and they can always count on us to be there for them,” said Adam Salgado, Cardenas Markets Foundation president and chief marketing officer for Cardenas Markets. “Not only are we committed to providing fresh offerings and an authentic shopping experience, we are also dedicated to providing unwavering community support.” 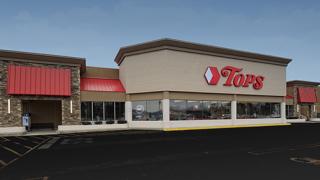 Tops Friendly Markets is launching its annual Tops Totes for Change program as the school year kicks off for students throughout the country. The program, which encourages shoppers to purchase a special reusable bag with proceeds being donated to local community organizations, is adding a Tops in Education bag for the first time this year.

“Our consumers have a wide array of reusable bags to choose from that consist of cloth and recycled materials which can easily and economically be purchased at the store. To see consumers make the choice, however, to give back to these charities by purchasing a Tops Totes for Change bag is truly heartwarming,” said Kathy Sautter, public and media relations manager for Tops Markets. 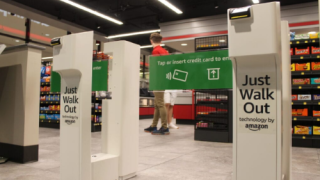 Convenience and gas retailer QuikTrip has opened a location in Tulsa, Okla., that offers customers a checkout-free experience thanks to Amazon’s Just Walk Out technology. The site, located in the BOK Tower at One Williams Center in downtown Tulsa, is the company’s second-ever non-gasoline store.

The Tulsa location is also the first QuikTrip site to utilize Just Walk Out technology, and includes a Nitro Coffee Station, a complete menu of grab-and-go items and customer favorites including mac and cheese, breakfast tacos, hardwood smoked BBQ sandwiches and more.

“We are excited to expand our presence in Tulsa with our second non-gas location nationwide and we look forward to introducing this new innovative store experience to the downtown Tulsa community,” said Aisha Jefferson-Smith, QuikTrip’s corporate communications manager. “Amazon’s Just Walk Out technology is designed to eliminate checkout lines, enabling guests to enjoy a frictionless shopping experience and get what they need quickly.”

QuikTrip Corp. is a privately held company headquartered in Tulsa, Okla. Founded in 1958, the company has grown to more than 900 stores in 15 states. QuikTrip is No. 33 on The PG 100, Progressive Grocer’s 2022 list of the top food and consumables retailers in North America. Seattle-based Amazon is No. 2 on The PG 100.