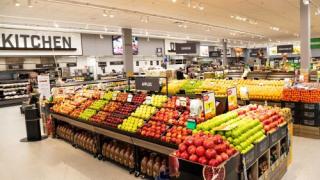 Giant Food is ready to cut the ribbon on its latest location at 12028 Cherry Hill Road in Silver Spring, Md., which replaces the Giant store located at 11701 Beltsville Drive in nearby Beltsville. The 65,000-square-foot supermarket will open Friday, Aug. 5, and will include full meat and seafood service, an expanded gourmet cheese selection and extensive prepared food offerings.

The location employs Giant’s latest store configuration and will also have free Wi-Fi, a Starbucks cafe, full-service floral and deli departments, and a Giant Pharmacy. It marks the fourth grand re-opening of Giant Food stores across Maryland and Virginia.

"Giant Food has been serving the Silver Spring community since 1958 and we are pleased to bring this new store that will provide a fresh space for everyone to enjoy," said Ira Kress, president of Giant Food. "The new store is designed to bring the best products and value to the community while continuing to offer top-notch service to new and existing customers."

Based in Landover, Md., Giant Food operates 164 supermarkets in Virginia, Maryland, Delaware and the District of Columbia, with approximately 20,000 associates. Included within the 164 stores are 152 full-service pharmacies, 83 full-service PNC Banks and 26 Starbucks locations. Parent company Ahold Delhaize USA is No. 10 on The PG 100, Progressive Grocer’s 2022 list of the top food and consumables retailers in North America. 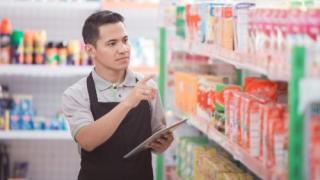 Regeneration.VC, the early-stage venture capital fund known for supercharging consumer-powered climate innovation, has closed a $7 million investment in its newest portfolio company, Smarter Sorting. This capital comes as an extension to the recent $25 million investment round led by G2 Venture Partners earlier this year.

Smarter Sorting ensures that products stocked on retailers' shelves move quickly, compliantly and sustainably throughout the supply chain. The data company's proprietary technology can classify 2 million consumer products across 3,500-plus data points and 150 million chemical compounds. By providing new data and insights to retailers and the brands they sell, Smarter Sorting ensures that products are safely handled, the environmental impact of the supply chain is minimized, fines are avoided and goods are diverted into the most environmentally friendly waste stream.

The company also maximizes donations to food pantries. Its product intelligence platform increases the volume and pace of donations from  food retail partners into the hands of Feeding America's network of food banks for goods that can't be sold but can be donated, such as fresh produce, meat and dairy.

"Smarter Sorting is focused on using data and computing for a better world, and we are so excited to work alongside Regeneration.VC to help scale our environmental impact on making, marketing and moving consumer products more responsibly across the supply chain," said Jacqueline Claudia, CEO of Smarter Sorting, which has offices in Boulder, Colo.; Austin, Texas; and Los Angeles.

The additional investment will help the company further build out its team, digital products and data platform. Smarter Sorting's technology is currently employed at major retailers such as Costco, Albertsons and Wegmans.

"Smarter Sorting's approach sheds much needed light on the chemical composition in our everyday consumer products and can lead to better product formulation, more circular pathways for waste streams, [and] reduced emissions in shipping and handling of regulated products … all [of which enable] vital positive outcomes in the CPG and retail spaces," said Michael Smith, general partner at Los Angeles-based Regeneration.VC. 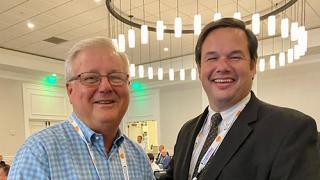 The Alabama Grocers Association (AGA) has presented Wade Payne with the National Grocers Association (NGA) Spirit of America Award, in recognition of his commitment to the independent grocery industry. Payne, director of retail operations at Food Giant/Mitchell Grocery, received the award during AGA’s 2022 Annual Convention, held July 25-27 at the Sandestin Beach Resort in Destin, Fla.

“For more than 50 years, Wade Payne … dedicated his time and efforts to independent grocery, which has had a lasting impact on Alabama communities as well as our overall industry,” noted Ellie Taylor, president and CEO of Birmingham-based AGA. “From the store to the statehouse to our nation’s capital, Wade’s ongoing efforts keep a vital industry top of mind for policymakers, reminding them of the impact grocers have in cities and towns across our state and the nation.”

Payne has sat on the AGA board since 2013. He was previously VP legislative chairman and is currently VP membership chairman. Payne is also chairman of NGA’s government relations committee.

“Wade’s leadership in government relations have helped define NGA’s direction and reinforce its mission to advocate for independent grocers at the highest levels in Washington,” said Greg Ferrara, president and CEO of Washington, D.C.-based NGA.

Payne (at left in accompanying photo) joined Food Giant, which now has more than 100 employee-owned locations across Alabama, Arkansas, Florida, Georgia, Kentucky, Mississippi, Missouri and Tennessee, as a bagger back in 1971. Having held many positions with the company, he currently leads its Birmingham district and is also responsible for direct store delivery and finance, among other functions, for all corporate retail stores served by Albertville, Ala.-based wholesaler Mitchell Grocery Corp. in Alabama, Georgia and Tennessee. A 1978 graduate of the University of Alabama at Birmingham, Payne and his wife have two daughters and five grandchildren.

Established in 1982, the NGA Spirit of America Award honors key industry and community leaders in areas of community service and government relations on behalf of the independent supermarket industry. Previous award recipients include Presidents George H.W. Bush and Gerald Ford. 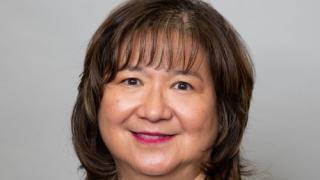 Stater Bros. Markets has promoted Irene Willins to the position of VP finance. In this position, she will report to Stater Bros. EVP Finance, CFO, Principal Accounting Officer Dave Harris.

Willins joined Stater Bros. Markets in 2000 as a financial analyst in the accounting/finance department. Since then, she has also functioned in the roles of assistant controller, controller-retail operations and her most recent position of senior controller-accounting/finance.

She has been a team lead for several crucial company initiatives, including the selection and implementation of a new human capital management software platform, the organization’s enterprise resource planning project, and deployment of new point-of-sales and sales audit processing systems.

In her new role, Willins will be responsible for various aspects of the day-to-day financial management of the company, including payroll, accounts payable, budgeting and forecasting, and store-level financial services.

“Irene’s promotion recognizes the important role she has played over the years in helping manage the financial operations of our company,” said Stater Bros. CEO Pete Van Helden. “I look forward to working with Irene in her role as an important contributor in projects critical to the company achieving its key objectives.”

Willins holds a bachelor of arts degree in business from the University of California, Riverside, and also sits on the board of directors for Stater Bros. Charities.

San Bernardino, Calif.-based Stater Bros. operates more than 170 supermarkets in seven Southern California counties and employs about 18,000 associates. The company is No. 59 on The PG 100, Progressive Grocer’s 2022 list of the top food and consumables retailers in North America. 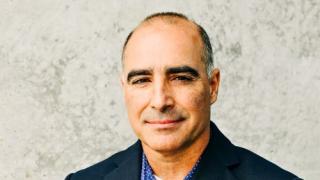 Retail and CPG veteran Marty Esarte is set to join Walgreens at the end of August as group VP of owned brands. Esarte will be responsible for overall leadership of the retailer’s private label strategy.

During his more than 20 year career, Esarte has gained experience across private brands, merchandising and marketing, and most recently led the front-end merchandising team at Walmart. Prior to that role, Esarte managed the Walmart food division’s private brand products across fresh, snacks, beverages, packaged goods, frozen and dairy, leading the private brand business strategy, product development, sourcing and quality teams. Esarte also has experience from previous roles at Clorox Co. and Conagra.

Deerfield, Ill.-based Walgreens operates nearly 9,000 retail locations across the United States, Puerto Rico and the U.S. Virgin Islands, serving about 9 million customers daily. The company is No. 5 on The PG 100, Progressive Grocer’s 2022 list of the top food and consumables retailers in North America. 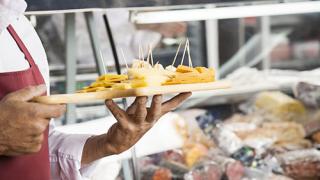 Most Gen Z consumers like receiving product samples, which are often a deciding factor in their purchase decisions, according to Advantage Solutions’ latest Pulse Survey,  “Gen Z Wants Product Samples ― With a Few Changes, Please.” Further, six in 10 teenagers and young adults surveyed said that they’re likely to share a positive sampling experience on social media.

Advantage Solution’s survey found that sampling is a highly effective way to influence Gen Z purchases, with seven in 10 survey respondents saying food samples are very influential or “often a deciding factor” in post-sampling purchases. Two-thirds of female teenagers and young adults are persuaded by beauty samples, and almost  60% of males said beverage samples are often a deciding factor in their purchases.

The report’s other key findings include the following:

• Gen Z consumers are most likely to try a sample while at a physical mass retail, club or grocery store, but half or more say they’re likely to try one almost anywhere and any way they’re offered, including at an event like a concert or sporting event, at a venue such as a health club, or delivered with a subscription box or online order for clothing or other non-grocery items.

• Almost six in 10 said a product’s price or value is a top motivating factor to make a purchase post-sampling.

• Unwanted or “not relevant” samples are most likely passed along to a friend or family member (74% of Gen Z consumers do this) or donated (26%).