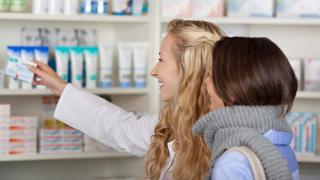 Seven United Food and Commercial Workers (UFCW) union locals, which together represent more than 600 pharmacists and pharmacy workers at Ralphs, Vons, Albertsons and Pavilions stores across Southern California, have revealed that members voted overwhelmingly to authorize union leadership to call for strikes on the basis of unfair labor practices.

“Southern California’s essential pharmacists have made their voices heard with this vote,” the seven locals said in a statement. “They have made the difficult decision to stand together on the picket line should it become necessary in protest of the unlawful and unfair treatment they’ve received from Ralphs, Vons, Albertsons and Pavilions. This vote gives union leaders the authorization to call for a strike and lays the groundwork to allow more than 600 pharmacists across California to stand up to protect their rights and ensure they have the ability to effectively serve their patients and communities.”

Negotiations resumed July 22 with UFCW and Ralphs, Vons, Albertsons and Pavilions. No dates have been set yet for a strike.

The locals filed unfair labor practice charges against Ralphs, Vons, Albertsons and Pavilions with the National Labor Relations Board, alleging violations of federal labor law and intimidation of workers engaged in union activity, among other charges.

UFCW locals 8GS, 135, 324, 770, 1167, 1428 and 1442make up the largest union grocery contract in the nation, including 600-plus pharmacists and pharmacy workers who serve  communities at Ralphs, Albertsons, Vons and Pavilions pharmacies spanning from Central California to the Mexican border. 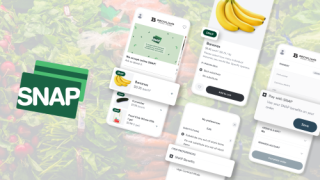 Broulim’s Fresh Foods, which serves shoppers in eastern Idaho and Wyoming, will officially begin accepting Supplement Nutritional Assistant Program (SNAP) payments online. The service will initially be available to customers in Idaho and will be powered by Broulim’s e-commerce platform Rosie.

“It is crucial that we offer our customers options when it comes to their online shopping experience,” said Robert Broulim, president of St. Rigby, Idaho-based Broulim’s Fresh Foods. “The opportunity to offer SNAP online removes financial barriers for families in our community, allowing all individuals to access healthy quality products.”

Some 34,000 Idaho households and 85,000 individual Idahoans use SNAP benefits each day, and more than 77% of SNAP participants are in families with children.

“Online grocery shopping is an essential part of our everyday lives and we at Rosie believe it is essential for independent grocers to have the tools they need to provide solutions to the underserved in their community, and compete and win against national chains,” said Haley Sammis, head of account management at Ithaca, N.Y.-based Rosie. “We’re incredibly proud to be part of a program that is impacting hundreds of thousands of SNAP recipients nationwide." 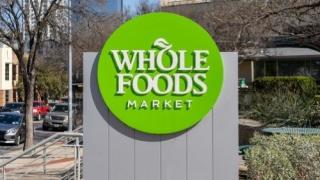 Whole Foods Market will open a new 54,667-square-foot store, located at Penn Plaza (5700 Penn Avenue) in Pittsburgh on Aug. 10. The store will serve as a relocation of the existing Pittsburgh store (5880 Centre Avenue), which has served the community for more than 20 years.

Customers who stop by the new store on opening morning can enjoy complimentary Steel Cup Coffee and snacks from Zaza’s Biscotti. The first 400 customers will receive a gift card valued at between $5 and $100 and a Whole Foods Market Penn Plaza tote bag. The store will also host a Community Cares donation event from 11 a.m. to 1 p.m. ET on opening day with donation partner 412 Food Rescue, with the aim of donating food to community members in need.

In addition to the Pittsburgh location, Whole Foods will open a new store in Culver City, Calif., on Aug. 10 and one in Grand Rapids, Mich., on Aug. 17.

Austin, Texas-based Whole Foods has more than 500 stores in the United States, Canada and the United Kingdom. The company is a wholly owned subsidiary of Seattle-based Amazon, which is No. 2 on The PG 100,  Progressive Grocer’s 2022 list of the top food and consumables retailers in North America.

Amazon to Acquire One Medical 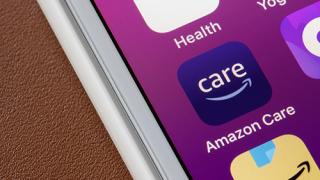 Amazon and One Medical, a human-centered, technology-powered national primary care organization, have entered into a definitive merger agreement under which Amazon will acquire One Medical.

“We think health care is high on the list of experiences that need reinvention,” said Neil Lindsay, SVP of Amazon Health Services. “Booking an appointment, waiting weeks or even months to be seen, taking time off work, driving to a clinic, finding a parking spot, waiting in the waiting room, then the exam room for what is too often a rushed few minutes with a doctor, then making another trip to a pharmacy – we see lots of opportunity to both improve the quality of the experience and give people back valuable time in their days. We love inventing to make what should be easy easier, and we want to be one of the companies that helps dramatically improve the health care experience over the next several years. Together with One Medical’s human-centered and technology-powered approach to health care, we believe we can and will help more people get better care, when and how they need it. We look forward to delivering on that long-term mission.”

“The opportunity to transform health care and improve outcomes by combining One Medical’s human-centered and technology-powered model and exceptional team with Amazon’s customer obsession, history of invention, and willingness to invest in the long-term is so exciting,” noted Amir Dan Rubin, CEO of San Francisco-based One Medical. “There is an immense opportunity to make the health care experience more accessible, affordable and even enjoyable for patients, providers and payers.”

Amazon will acquire One Medical for $18 per share in an all-cash transaction valued at about $3.9 billion, including One Medical’s net debt. Completion of the transaction is subject to customary closing conditions, including approval by One Medical’s shareholders and regulatory approval. Once the deal is completed, Rubin will remain as One Medical CEO. 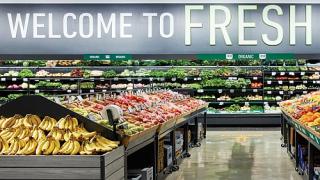 Another week, another round of brick-and-mortar store openings for Amazon. Two new Amazon Fresh grocery stores are now serving shoppers on both coasts, bringing the total number of U.S. locations to 39.

Amazon also unveiled a location in Encino, Calif., at 16325 Ventura Blvd. Coming in at 44,000 square feet, this site is northwest of Los Angeles and not far from a Gelson’s store.

Customers can enjoy a frictionless experience at both sites with Amazon’s Just Walk Out shopping technology that allows them to skip checkout. As with other Amazon Fresh stores, the new locations offer a broad assortment of competitively-priced groceries and prepared foods, from made-to-order pizzas to brisket panini sandwiches.

Starting wages are $15 an hour for workers at the Paramus store and $16.40 for California employees. In addition to providing local jobs, Amazon is supporting its new communities by donating surplus food to nearby food banks. 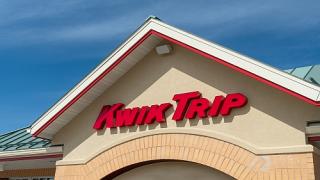 Shoppers at a Kwik Trip in Wisconsin can still get in and out fast, but can get more items while there. The La Crosse, Wis.-based convenience store business recently opened a new larger-format store in its hometown with a greater assortment of groceries, in addition to other amenities.

The store at 922 Ward Street spans 9,000 square feet, making it among the biggest Kwik Trip locations. In addition to a grocery area, this Kwik Trip offers an array of foodservice items prepared in the larger kitchen space and includes a car wash, 20 fuel pumps and a separate area for diesel fueling.

“It’s a new concept for us,” spokesperson Steve Wrobel told a local media outlet. “There will be more volume of selection and a different browsing environment.”

The c-store welcomed shoppers during an official ribbon-cutting ceremony this week. To mark the occasion, Kwik Trip donated $1,000 to local police and fire departments.