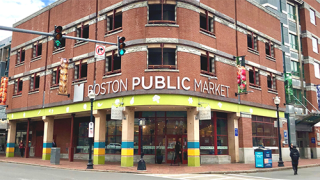 Mercato, the online grocery platform built to serve independent grocery and specialty food stores, has revealed that Boston Public Market is now using its platform. People living within a 20-mile radius of  the market can use Mercato platform to shop from 12 market vendors and have items delivered to their homes the same day.

“In a time when supporting our community’s small businesses is more important than ever, Mercato is making it easy for Boston residents to connect with our incredible vendors from the comfort of their home and get their favorite local goods delivered right to their door,” noted Boston Public Market CEO Cheryl Cronin.

“Mercato’s mission has always been to empower local merchants while allowing consumers to benefit through selection, quality, service and access,” noted Bobby Brannigan, founder and CEO of San Diego-based Mercato, whose platform connects shoppers to more than 1,500 grocers, specialty markets and food halls. “Public markets are a natural fit considering they are home to some of the most thoughtful grocers and specialty food purveyors serving America’s largest cities.”

With Mercato, consumers can shop from different vendors within a market and then have those items delivered in a single, consolidated order. Online orders are handpicked by the vendors themselves. Shoppers can choose to pay a single delivery fee per order or join Mercato Green, which allows for unlimited free deliveries starting at $96 annually. Markets can use Mercato’s proprietary Picker App to manage order fulfillment at either the market or individual vendor level. Real-time sales data, product insight and search data is provided for each individual vendor and the market hall as a whole. 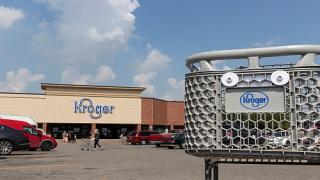 Following last month’s announcement that it plans to give inflation-weary consumers a break with an expanded loyalty program, The Kroger Co. is officially launching the new Boost membership. Shoppers can now sign up for two different membership levels at $59 and $99 a year, respectively, to reap benefits including fuel discounts up to $1 a gallon, unlimited free grocery delivery on orders over $35 and deals on Kroger’s private brand products.

"As customers continue to evolve how they shop and eat, this expansion of our loyalty program offers more personalized value in groceries and fuel, alongside easier access to convenient shopping solutions, such as delivery," declared Yael Cosset, SVP and chief information officer for Kroger. "We are committed to consistently delivering a best-in-class seamless experience with zero compromise – the fresh and quality products our customers want, how they want it and when they want it. We recognize this is especially important as our customers are facing an inflationary environment and rising fuel prices."

Kroger tested the Boost loyalty program across four of its divisions over the past several months. The pilot attracted a sizable number of new members and spurred a “significant” increase in delivery sales compared to other divisions, the retailer reported.

"Boost contributes to our rapidly expanding seamless ecosystem, bringing value and convenience to many more families across America as we roll out new delivery fulfillment centers," added Bill Bennett, Kroger VP and head of e-commerce.

Eligible customers can enroll in the program at www.Kroger.com/boost.

A Buffalo, N.Y., Tops store that was the site of a racially motivated mass shooting in May, resulting in the deaths of 10 people with three others wounded, will “quietly and respectfully” reopen on the morning of July 15, according to the grocer.

On July 14, the two-month anniversary of the shooting, Tops Markets LLC officials, joined by various associates, residents, representatives and local dignitaries, will gather to reflect on the tragedy and solemnly commemorate the reopening of the fully renovated Jefferson Avenue store. A moment of silence and prayer will take place at 2:30 p.m. to honor those affected by the shooting.

Last month, Tops Markets President John Persons told reporters that the store would reopen with a different look and feel, Buffalo TV station WKBW reported. Store associates who didn’t wish to return to the Jefferson Avenue location had the option to relocate to a different store, Persons said at that time. The store originally opened in Buffalo’s underserved East Side neighborhood in July 2003.

In the wake of the shooting, Tops teamed with the nonprofit National Compassion Fund to establish the Buffalo 5/14 Survivors Fund, which will provide direct financial assistance to the survivors of those killed and people directly affected by the tragedy. The grocer contributed $500,000 to get the fund started. 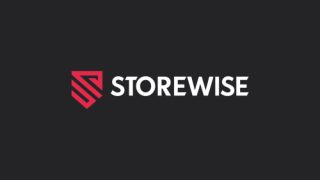 Grocery automation software company Storewise has launched a new tool for independent grocers with low or no visibility into their store’s sales performance. The Dynamic Sales Reporting module is the sixth solution service on the Storewise platform, available independently or in combination with TPR Automation, Price Analysis, Price Manager, Risk Reduction and Ordering technology-based solution modules.

“Today’s competitive landscape demands that a store owner know the sales performance of each and every store,” said Christopher Greco, president and CEO of Overland Park, Kan.-based Storewise. “With the new Sales Reporting tool, we give retailers the instant insight they need to make the right decision at the right time by comparing present to past performance at every level of detail.”

“All of our previous reporting was based on weekly Excel files we would have to then cut and paste or merge to evaluate sales opportunities,” said John Stanze, director of operations at Kansas City, Kan.-based Cosentino’s Food Stores. “Unfortunately, that was time-consuming and prevented us from evaluating sales opportunities like we should. Having push-button dynamic reporting allows us to look for negative trends we can turn around operationally.”

Sales Reporting is one of the modules included within the Storewise grocery automation platform that aims to protect and maximize profits by using Price Analysis and Price Manager, allowing owners to keep prices correct; the Ordering bridge-buying program, allowing retailers to order allowance items that are expiring and not coming back “on-deal” immediately; Risk Reduction, which provides point-of-sale exception reporting, catches losses and improves training opportunities; and TPR Automation, which increases gross margin by matching temporary price reductions to in-store pricing. 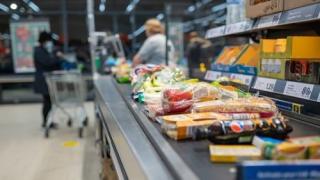 Fetch Rewards, a consumer-rewards app, has released its June Fetch Price Index report, which shows consumer demand declining for the second consecutive month amid record-setting consumer prices. Inflation remains high, but June also brought the first signs that the cost of food and household goods may be flattening after 18 consecutive months of increasing prices.

The Fetch Price Index shows how consumer prices are affecting shopper behavior by analyzing a panel of 405,101 shoppers and tracking 226 million in-store and e-commerce purchases over the past 24 months.

Key findings include a 3.5% drop in units per household in June compared with 2021, which comes after a 6.7% year-over-year decrease in May. The average grocery spend per household remains elevated, even though shoppers are bringing fewer goods into their homes.

Trips per household in June remained above the 2021 levels but are gradually slowing in year-over-year growth. Also, while total demand fell, shoppers are buying more private label brands – units per household in this category increased significantly for the first time in June, up 12.4% over last year. As consumers grapple with rising prices, they're bringing fewer items into their homes, and their regular purchase mix is in flux as they trade down to lower price points.

"Response to inflation is not a one-size-fits-all approach. Household demand differs within certain categories despite similar price increases, and brands must optimize pricing and portfolio strategy to win and identify categories that are at most risk of substitution or categories where consumers are willing to spend. After all, value is perceived differently across categories and even brands within a category," said Wes Schroll, founder and CEO of Madison, Wis.-based Fetch Rewards. "With down- trading becoming inevitable, brands will have to leverage accurate and precise data-led insights to understand evolving category sensitivities and value perception from consumers, to grow and maintain market share." 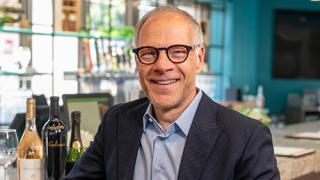 Gelson’s has named longtime executive John Bagan (pictured) to the role of president, with Rob McDougall remaining as CEO. The new position marks Bagan’s second promotion in little more than a year, as he was promoted from chief merchandising officer to COO in May 2021. In his latest role, he will assume greater strategic management of Gelson’s while serving on its executive team alongside McDougall, CFO Clare Bogle and CIO Ron Johnson.

Bagan joined Gelson’s as chief merchandising officer in 2016, having previously held high-level merchandising roles at Guitar Center, Albertsons and Target. He started his career as a business analyst at Morgan Stanley and then earned a MBA from Northwestern University’s Kellogg School of Management.

“John has been an integral part of the Gelson’s team for nearly six years, and we have benefited greatly from his business expertise and insight,” said McDougall. “I am confident that, as president, he will become an even stronger catalyst for our strategic initiatives and growth.”

Having joined Gelson’s in 2007 and risen to the dual role of CEO and president, McDougall will continue to drive company profitability and enhance the customer experience while facilitating the relationship between Gelson’s board of directors and Tokyo-based parent company Pan Pacific International Holdings.

“It has been a great honor to work with the best team in our business over these last six years, and I am excited to take on this new leadership opportunity,” said Bagan. “Gelson’s is uniquely positioned to be at the center of our customers’ food experience, whether they are looking for the best-quality ingredients for the perfect family meal, delicious fully prepared offerings ready to go, or a welcoming neighborhood spot to enjoy a glass of wine and tapas, or sushi with a friend.”