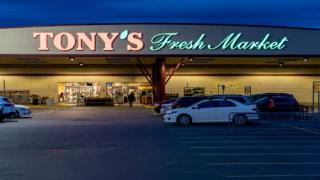 This is the 19th Tony’s Fresh Market in Chicagoland and the first in Joliet, a large city about 30 miles southeast of Chicago. As with other Tony’s locations, the newest one features a hot bar, salad bar, sushi station, deli, bakery, expansive meat department, fish counter, sizable produce section and a wide range of center-store items.

Open seven days a week from 7 a.m. to 10 p.m., the Joliet store is celebrating its grand opening over the next week or so with giveaways and demonstrations.

Global asset management firm Apollo Funds acquired Tony’s Fresh Market this past April. And earlier this month, Apollo announced that it is also scooping up Ontario, Calif.-based Cardenas Markets and will combine Tony’s and Cardenas to create an ethnic- and Hispanic-focused grocery operation with $1.8 billion in combined revenue. The chains will continue to operate under their respective brands in their regional markets, Apollo reported.

Tony’s was founded in 1970 by Italian immigrants Tony Ingraffia and Domenico Gambino. Frank Ingraffia, a member of the founding family, will stay on with the newly merged Tony’s-Cardenas operation as the CEO of the Tony’s chain. 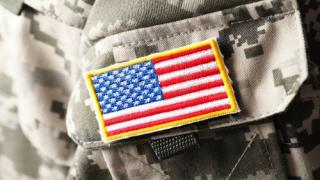 Ahead of the patriotic Fourth of July holiday, SpartanNash is rolling out its annual fundraising campaign that assists military service members, veterans and their families. From now through July 10, shoppers who visit any SpartanNash-owned retail store or fuel center can donate $1, $5, $10 at checkout or round up to the nearest dollar for the cause. Customers can also give online through SpartanNash’s Fast Lane e-commerce platform.

Monies raised from the register campaign will be divided equally between the nonprofit groups Team Red, White and Blue, Operation Homefront and Honor and Remember. These organizations work to support the military community through programs and services like physical and social activities, financial assistance, family services and more.

The food solutions company has close ties to the armed services community through its SpartanNash Military division and distribution of grocery products to U.S. military commissaries and exchanges around the world.

"We see firsthand the sacrifices our servicemen and women — and their families — make to protect our freedoms every day, and this is an impactful and meaningful way we can continue to support our American heroes regardless of where they live or the care they need within the community," said David Sisk, SVP and chief customer officer, who oversees SpartanNash Military.

The SpartanNash community has provided $1.75 million in donations to patriotic causes since 2015. The company also describes itself as a military- and veteran-friendly employer, frequently hiring veterans and military-connected associates. 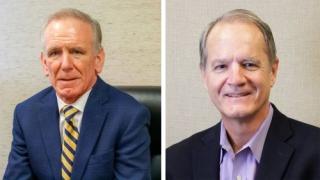 Buehler’s Fresh Foods has appointed its President and CEO Mike Davidson (left) and CFO Peter O’Donnell (right) to the company’s board of directors.

“We are very excited to have Mike and Peter join the board. Their appointments were unanimous both with our board and ESOP trustee,” said Dan Shanahan, chairman of Buehler’s. “Mike and Peter have been instrumental in the success Buehler’s has had since the company went through a management buyout and formed an ESOP in 2017. We look forward to their involvement on the board”.

With Buehler’s since 2016, Davidson has held the positions of EVP of store operations and EVP of sales and marketing, and is currently president and CEO. Previous to joining Buehler’s, he worked for Price Chopper Supermarkets, of Schenectady, N.Y., in several roles, including SVP of store operations. Davidson also worked with the Finast and Tops chains in a number of executive roles.

“I am honored to become a member of the Buehler’s Fresh Foods board and look forward to working with the board members to further the success of our organization,” said Davidson, who resides in Buehler’s hometown of Wooster, Ohio, with his wife, Joanna.

Before joining Buehler’s in 2017 as CFO, O’Donnell was with SpartanNash as the VP of finance and merger integration. Pre-merger, he was the chief accounting officer/controller for Nash Finch. O’Donnell also held executive accounting and finance roles with Shopko Stores and Borders. He resides in Wooster with his wife, Carolyn.

Buehler’s Fresh Foods was founded in 1929 by E.L. Buehler and his wife, Helen. In 2017, Buehler’s went through a management buyout while forming an employee stock ownership plan. The company currently operates 14 supermarkets, eight liquor agencies, outside catering, coﬀee shops and a food truck named Ferris. 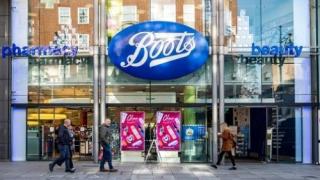 Concluding its strategic review that began in January, Walgreens Boots Alliance Inc. (WBA) has decided to keep its U.K. health and beauty retailer Boots as well as the No7 Beauty Co. under its existing ownership.

WBA has been encouraged by productive discussions held with a range of parties, receiving significant interest from prospective buyers. Since launching the process, however, global financial markets have suffered unexpected and dramatic change. As a result of market instability severely affecting financing availability, the company felt that no third parties have been able to make an offer that adequately reflects the potential value of the two businesses. Consequently, WBA has decided that it's in the best interests of shareholders to keep focusing on the further growth and profitability of Boots and No7 Beauty.

The decision to retain the businesses has also been supported by the ongoing strong performance and growth of Boots and No7 Beauty, which have exceeded expectations despite challenging conditions.

CEO Rosalind Brewer said: “We have now completed a thorough review of Boots and No7 Beauty Co., with the outcome reflecting rapidly evolving and challenging financial market conditions beyond our control. It is an exciting time for these businesses, which are uniquely positioned to continue to capture future opportunities presented by the growing health care and beauty markets. The board and I remain confident that Boots and No7 Beauty Co. hold strong fundamental value, and longer term, we will stay open to all opportunities to maximize shareholder value for these businesses and across our company.”

Deerfield, Ill.-based Walgreens operates nearly 9,000 retail locations across the United States, Puerto Rico and the U.S. Virgin Islands. The company is No. 5 on The PG 100, Progressive Grocer’s 2022 list of the top food and consumables retailers in North America. 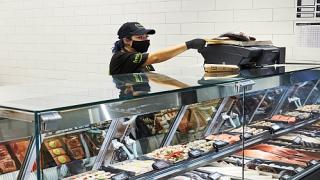 It’s not quite Christmas in July, but Amazon is rolling out deals for in-store customers, ahead of the Fourth of July holiday and other summer occasions. Beginning June 29, shoppers at Amazon Fresh stores can score savings on a wide range of essentials and items for entertaining over the long weekend.

Featured offerings available this week at a 20% discount include grilling and party staples such as organic ribeye steak and ground beef, value pack of easy-peel tail-on shrimp, gluten-free salad dressing, hummus and much more.

In addition to these limited-time discounts, Amazon announced that Prime members will now receive 20% off a weekly rotating selection of prepared foods. To save, members can scan the Amazon app at checkout or by pay with a credit card linked to their Prime account.

“We’re excited to launch the new Prime member savings benefit at Amazon Fresh stores today, offering 20% off everyday essentials across aisles,” said Jeff Helbling, VP for Amazon Fresh. “Prime members get the best of shopping, savings and entertainment every day from Amazon, and we’re thrilled to add another benefit to their membership.”

It’s also the time of year when the retail company offers its Amazon Prime Day for teachers, as they start to stock up on materials for their classrooms. On July 12 and 13, educators – including parents who homeschool – can take advantage of savings on items like Amazon Echo devices and Fire 7 tablets and traditional classroom and school supplies.

On those same dates of July 12 and 13, Amazon is holding a global Prime Day with a broad array of products from national brands and more third-party sellers than in previous Prime Day events. 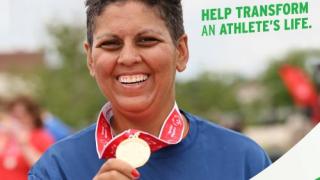 SpartanNash announced that its recent campaign supporting Special Olympics athletes and Summer Games in its Midwest footprint has raised $242,050. This is the 38th year that the Michigan-based food solutions company has worked with Special Olympics.

Donations were accepted throughout the month of May at participating SpartanNash stores and fuel centers. Across eight states and banners including Family Fare, D&W Fresh Market and VG’s Grocery, shoppers gave $232,877 via checkout transactions in store and online. The SpartanNash Foundation rounded up the overall donation to $242,050.

“Diversity and inclusion are foundational to the People First culture we are cultivating at SpartanNash, so we are proud to partner with Special Olympics,” said Adrienne Chance, SpartanNash’s SVP, communications and executive director of the SpartanNash Foundation. “SpartanNash associates have enjoyed celebrating the athletes, and we are grateful for the additional support from our communities. These generous donations help enhance the athletes’ experience, teach lifelong skills, and create lasting memories.”

“We aim to create hope, inspire others and create meaningful relationships with companies like SpartanNash, which help to support us in the times we need it,” remarked Tim Hileman, president and CEO of Special Olympics Michigan.

SpartanNash’s core businesses include distributing grocery products to independent and chain retailers, its corporate-owned retail stores, and U.S. military commissaries and exchanges, plus fresh produce distribution and fresh food processing. No. 41 on The PG 100, Progressive Grocer’s 2022 list of the top food and consumables retailers in North America, the Grand Rapids, Mich.-based company serves customer locations in all 50 states and the District of Columbia, as well as abroad. SpartanNash also operates more than 140 supermarkets.