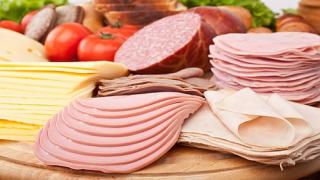 A Listeria monocytogenes outbreak tied to sliced meats and cheeses purchased at retail deli counters has sickened consumers across several states. More than 13 people have been hospitalized and at least one death has been attributed to the foodborne illness, according to the U.S. Centers for Disease Control and Prevention (CDC).

Affected states include New York, Maryland, Illinois, Massachusetts, New Jersey and California. Although some sick people reported that they had bought sliced deli meat or cheese from a NetCost Market location in Brooklyn, N.Y., there were illnesses among consumers in other states who bought such products from other retailers.

Epidemiologists and public health investigators are using a sophisticated national database of DNA fingerprints of bacteria to identify illnesses that are part of the current outbreak. That PulseNet system utilizes a method called whole genome sequencing.

A statement on the CDC website noted that it is challenging to identify a single item as the culprit: “This is because Listeria spreads easily between food and the deli environment and can persist for a long time in deli display cases and on equipment. A contaminated food likely introduced the outbreak strain of Listeria into delis in multiple states. Investigators are working to identify any specific products or delis that may be contaminated with the outbreak strain.”

The CDC advised high-risk people to avoid eating meat or cheese from any deli counter unless it is heated to 165° F to kill the pathogen. The agency also advised food retailers and deli operators to be vigilant and follow USDA-FSIS food safety best practices. 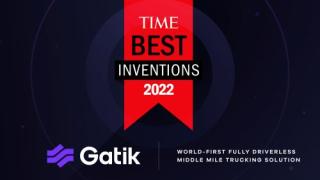 Innovations abound in the grocery tech sector, including a logistics solution that has been named as a Best Invention of 2022 from TIME. The news magazine and website recognized Gatik’s fully driverless box trucks used to move orders between Walmart warehouses and markets.

“We are humbled to have been named to the 2022 TIME Best Inventions list,” said Gautam Narang, Gatik CEO and co-founder. “We are especially proud that the selection honors the successful application of our solution in real-world, commercial environments. It’s only when groundbreaking technology becomes operationalized that its true impact can be felt by the end consumer. Recognition on TIME’s prestigious list belongs to the entire team who are working tirelessly to ensure the true advantages of autonomy can be felt across our customer base today.”

Gatik continues to expand its technology in the grocery space. After launching the driverless deliveries with Walmart, the company recently widened its deployment with Loblaw Cos., Ltd. in Canada to move select online grocer orders for Loblaw’s express service.

In addition to technologies used for grocery e-commerce, TIME’s list of best inventions for the year include several food and drink products available in grocery stores. Honorees include Beyond Steak from Beyond Meat, Atomo Coffee Molecular Cold Brew and MyBacon from MyForest Foods, among others. 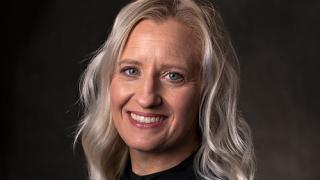 Weis Markets has promoted Maria Rizzo to the role of VP of advertising and marketing. Rizzo succeeds Ron Bonacci, who’s retiring at the end of the year.

In her new role, Rizzo will oversee management of Weis’ advertising, marketing and public/community relations activities. Among her key responsibilities are customer relationship management, marketing, and print, digital and electronic advertising.

Rizzo, who joined the company in 2006, worked as category manager, senior manager of private brands and specialty foods before taking on her most recent role, that of director of marketing, in 2015.

Sunbury, Pa.-based Weis Markets operates 197 stores in Pennsylvania, Delaware, Maryland, New Jersey, New York, Virginia and West Virginia. The company is No. 61 on The PG 100, Progressive Grocer’s 2022 list of the top food and consumables retailers in North America. PG also named it as one of the Top 10 Regional Operators to Watch in 2022. 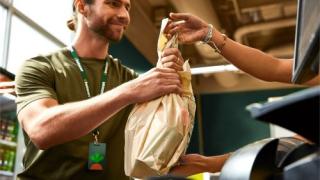 In an effort to improve and simplify the shopper experience, Instacart is introducing new features on its platform, including a more organized shopping experience and easier returns and reimbursements.

On the returns front, if a customer is not available to accept their alcohol or prescription delivery, the shopper can now manage the entire return directly within the Instacart app instead of needing to contact the company’s care team. The app will then guide the shopper back to the store to make the return, upon which the shopper will automatically receive a return payment.

[Read more: "Instacart Is Ready for the ‘Groceryssance’"]

For shoppers that need to use a personal payment card, Instacart is also making it easier for them to be reimbursed. Shoppers will receive an automatic push notification to begin the process of being reimbursed, and all previously uploaded receipts will be automatically attached.

Finally, two new app updates will help shoppers stay organized while fulfilling orders. The new move item feature will help ensure customers receive all of the items in their order by alerting shoppers to mistakes made while checking out, especially in multi-order batches. New shopping list filters will allow shoppers to easily view an individual customer’s shopping list at a glance to ensure they’ve gotten all of the right items for each customer.

“We’re introducing these new product updates to provide even more support to shoppers while they shop on the Instacart platform,” said John Adams, VP of shopper and fulfillment product at Instacart. “We’re dedicated to developing important updates that simplify the shopping experience and make earning on our platform as easy as possible." 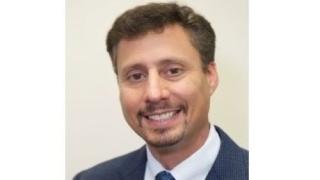 Daniel Katz, 56, chairman and CEO of the Iselin, N.J.-based cooperative Allegiance Retail Services, LLC has died following a battle with cancer. Katz, who held the dual roles since 2019, was a longtime grocer and co-owner of Allegiance member PSK Operating, LLC. He, his brother, Noah, and father built a 13-store grocery operation in the New York area under the Foodtown, Freshtown and Pathmark banners and he led the company’s transition in 2021 to an employee-owned organization.

“This is a profound loss," said John T. Derderian, president and COO of Allegiance Retail Services. "The strength of Dan’s leadership, wisdom and insight can be seen in the confidence with which our co-op members operate. Dan believed in family – his own, his PSK family and that of our cooperative members. He continually looked for ways to strengthen bonds and to serve the best interests of the co-op.”

Katz’s obituary read: “He cared deeply about the well-being of everyone at the PSK company. He formulatedbonus programs for the associates, safety protocols during the pandemic that led to procedures thatwere used across the country, payments for people’s health care. He also crafted retirement plansfor associates, personal loan programs, health care programs to better people, and so much more.Daniel was passionate about negotiating deals, striving to make every business deal a win-win forboth parties.”

Katz is survived by his wife, Laura, four children, parents and brother, among other family members. The family is planning to create a foundation in his honor and, in the meantime, is accepting contributions in his memory at on the Allegiance Retail Services website.

Following a special board meeting, Allegiance announced that Katz will be succeeded by Lou Scaduto, Jr., the president of Food Circus Supermarkets. Scaduto shared his grief at Katz’s passing and lauded his accomplishments. “Dan’s contribution to Allegiance as both an operating member and CEO and chairman, can be characterized in one word – outstanding,” he remarked. “His commitment to, and vision for the cooperative was inspiring.” 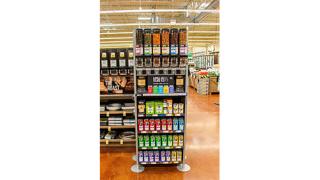 Fresh Thyme Market has rolled out a kiosk highlighting the premium loose teas of Tiesta Tea in all 71 of the food retailer’s stores across 10 states. Found in the bulk foods section, the Tea-Osk offers a selection of bulk loose-leaf teas that can be purchased by the ounce, as well as a wide selection of tea infusers, loose-leaf teas in reusable tea canisters, and matcha green tea sourced directly from Japan.

“Fresh Thyme Market is the Midwest’s grocery leader in natural product assortment,” said Patrick Tannous, president and co-founder of Chicago-based Tiesta. “With the recent decline of retail stores solely focused on premium tea, we are excited to offer the Fresh Thyme shopper direct access to a premium tea experience in their own local grocery store, and to offer a great value in comparison to stand-alone tea stores.”

“Tea is the second most consumed beverage in the world next to water and can be found in almost 80% of all U.S. households,” noted Robert Abdee, category manager at Downers Grove, Ill.-based Fresh Thyme, which is No. 91 on The PG 100, Progressive Grocer’s 2022 list of the top food and consumables retailers in North America. “The cold-weather months in the Midwest make tea a great product to warm our guests. Our partnership with Tiesta Tea shows our commitment to both premium tea and strong partnerships with locally owned Midwest companies.”