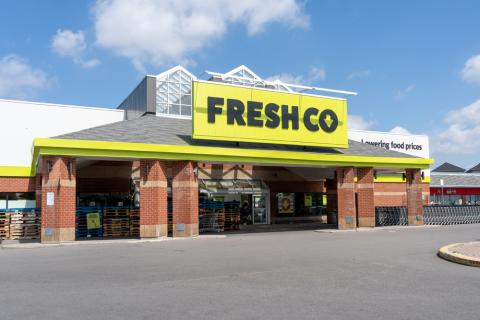 Empire posted a 4.1% increase in sales compared to the prior year, driven by higher fuel prices, food inflation and company initiatives.

The parent to Sobeys, Farm Boy, Longo’s, FreshCo, Lawtons Drugs and other businesses reported $187.5 million in profit for the first quarter of 2023.

It also posted a 4.1% increase in sales compared to the prior year, driven by higher fuel prices, food inflation and company initiatives.

“If we can perform at this level during an inflationary period, then we believe we are very well placed when inflation returns to more normal levels,” president and CEO Michael Medline said. “And while it is too early to definitively say that inflation has peaked, we're seeing some encouraging signs, including the fact that the number and rate of cost increases from our suppliers is decreasing.”

Medline said Empire’s top brass grew more confident about the slowdown over the past few weeks. And despite the turbulent global economic climate, he said the company expects to hit the targets it set forth in its three-year strategy, Project Horizon, now in its final year.

As more consumers trade down to private label in the face of rising food costs, he said sales of Empire’s own brands are “on fire,” up 9.5% in Q1 compared to the previous year.

[Read more: "Going Private: How to Succeed in Store-Brand Sector"]

“We also saw customers continue to return to more pre-pandemic shopping behaviors resulting in higher transaction counts and smaller, but still strong, basket sizes versus the prior year,” Medline said. “As you would expect, the industry is seeing some shift to discount. In our case, FreshCo is performing very well and putting up the best results in its history.”

In the first quarter of fiscal 2023, the company's e-commerce platforms reported a sales decline of 21%.

“After the easing of COVID restrictions, e-commerce industry sales are slightly lower now,” CFO Matt Reindel told analysts. “Based on our latest sales forecast, we believe Voilà's dilution will be approximately the same as last year. And that includes the headwinds from higher fuel and labor costs that Voilà is currently absorbing. We are and remain very confident in the long term trajectory of our e-commerce business.”

Reindel said with COVID restrictions lifted and fewer customers turning to grocery delivery in the summer season, the e-commerce grocery industry pie has grown smaller. “Our share of that pie is good, but the total pie is smaller.”

Still, Medline is confident in the business’s long term outlook.

“Anyone who thinks [e-commerce] is not going to grow over time is putting their head in the sand,” he said. “It may grow at a different pace, it may grow as demographics change, but we're going to see a very healthy and large e-commerce business in this country, which is why we're so committed to it.”