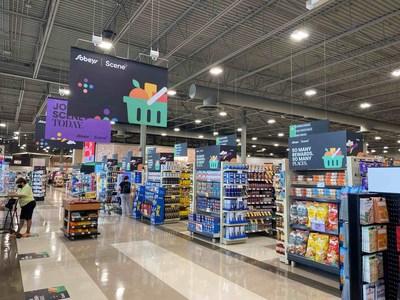 In June, Empire Co. Ltd. revealed its co-ownership of Scene+, one of Canada’s leading loyalty rewards programs, along with Scotiabank and Cineplex. Atlantic Canada was the first region in the country to introduce Scene+ in Empire’s family of stores. Now Empire is scheduled to launch the program at stores in British Columbia, Alberta, Saskatchewan and Manitoba on Sept. 22, continuing with additional regional launches through the remainder of Canada in 2022 and into early 2023. This rollout will include Sobeys, Safeway, Foodland, IGA, FreshCo, Chalo! FreshCo, Voilà, Thrifty Foods, Les Marchés Tradition and Rachelle Béry, as well as company liquor stores.

“The launch of Scene+ in Atlantic Canada is an exciting milestone in our loyalty journey. Early customer participation and engagement have exceeded our expectations. And we are just getting started,” said Sandra Sanderson, SVP of marketing at Empire. “We’re thrilled to announce that Empire’s stores in Western Canada are next, where our customers will have significant opportunities to be rewarded with Scene+. We will also be bringing additional value to our loyal customers at FreshCo stores in Western Canada, which will now have a loyalty program for the very first time.”

“With the Scene+ loyalty offering now in place across Empire’s family of stores in Atlantic Canada, we’re excited to give our members in Western Canada another fresh way to earn and redeem in every aisle,” said Tracey Pearce, president of Toronto-based Scene+. “Powered by some of Canada’s strongest and most beloved brands, including Scotiabank, Cineplex and now Empire, this rollout enables our Atlantic and Western Scene+ members to earn and redeem points often at hundreds of new grocery, pharmacy and convenience retail locations in those regions.”

For every 1,000 Scene+ points earned, consumers at participating locations can save $10 off their select purchases at Empire’s banner stores. There are multiple ways to earn Scene+ points at Empire stores:

As a special bonus for its loyal customers, Empire is holding a contest that will run through Sept. 21 at participating Empire banner stores in Atlantic Canada. Customers will be entered for a chance to win free groceries for a year, valued at up to $14,000, when they scan their registered Scene+ card with their purchase.