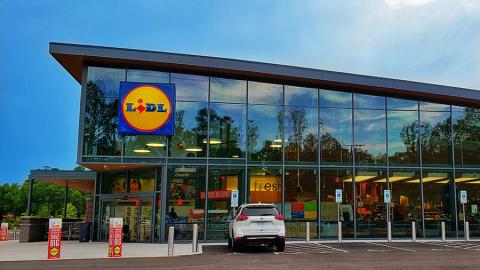 UNC's new study found that the price-cutting effect of Lidl was more significant than earlier academic findings regarding Walmart's entry into a new market.

Lidl’s recent store openings on New York’s Long Island pressured competing grocers in the market to reduce their prices by as much as 15%, a new study from the University of North Carolina Kenan-Flagler Business School has found. Katrijn Gielens, professor of marketing at Chapel Hill, North Carolina-based UNC Kenan-Flagler, led the independent study, which was commissioned by Lidl US.

Referencing data collected just before the COVID-19 pandemic resulted in supply shortages, the study noted that Lidl’s prices were about 45% lower than Trader Joe’s and more than 30% lower than other national retailers on Long Island. These findings revealed that Lidl’s price-cutting effect is counteracting the steepest rise in food prices experienced by consumers in decades.

Gielens analyzed the prices of 47 private label grocery products (most of Lidl's products qualify as such), among them dairy, meats, produce and canned and frozen foods, and looked at prices at Aldi, BJ's Wholesale Club, Costco, King Kullen, Stop & Shop, Target, Trader Joe's and Walmart before and after Lidl entered the Long Island market. Prices were collected on visits to 27 stores between April 2019 and March 2020.

“Given that U.S. households are facing the fastest-rising rise in food prices in a generation and a looming recession, understanding how supermarket competition can keep grocery prices at bay is more important than ever,” she noted. “Lidl’s competitive price-cutting effect is continuing to pressure other retailers to drop their prices. The data shows the effect is greater than Walmart’s entry in a new market reported by previous academic studies.”

Lidl’sprices at Lidl were significantly lower than those of competing Long Island retailers, with its food prices about 45% lower than at specialty retailer Trader Joe’s. Additionally, Lidl set prices 39.6% lower than King Kullen and 33.8% lower than Stop & Shop, while at Target and BJ’s, price differences were 18.5% and 10%, respectively. For Costco, Aldi and Walmart, however, no price differences with Lidl were found.

Retailers on Long Island lowered their own prices substantially after Lidl opened new stores, compared with their prices before the retailer entered the market. The price-cutting effect was stronger than earlier academic findings regarding Walmart's entry into a new market, at which time price declines typically varied between 1% and 2.5%, or 5% at most. The recent study found that Aldi cut its prices by 15% and Walmart by 9% after Lidl's entry; Stop & Shop and King Kullen dropped their prices an average of 5.3% to 3.8%, respectively; Costco responded to Lidl’s entry by slashing prices by 8.3%; and Target and Trader Joe’s each lowered their prices by 4%.

Despite a general trend of a more than 2% increase in grocery prices between April 2019 and March 2020, competing retailers on Long Island set their prices for individual products, including staples, considerably lower after Lidl entered the market. For more expenses items such frozen seafood, laundry detergent and olive oils, prices fell 15%; in staple categories like as pasta, butter and breakfast cereals, prices dropped more than 10% to 15%; and for some frequently purchased items, among them refrigerated drinks, peanut butter and frozen pizza, prices declined by 10%.

By contrast, retailers on Long Island increased their prices significantly last fall, when stores were being remodeled and Lidl had not yet opened stores. With less grocery store competition at that time, King Kullen and Stop & Shop raised their prices by about 12% and 9%, respectively; Target and BJ’s increased prices up to 8%; and Costco upped prices by 6%. After Lidl opened its stores, though, these price increases were completely erased.

The recent findings echo the results of a study Gielens conducted in 2018, which showed that Lidl put significant pressure on top retailers to reduce their prices prices soon after it first opened stores. Three years after its U.S. entry, Lidl’s competitive price-cutting effect has proved to be lasting and more than offsets the trend of increasing grocery prices.