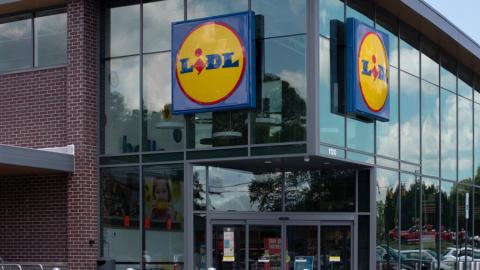 A Lidl store in Wake Forest, N.C. In December 2019, the deep-discount grocer is opening two stores in North Carolina, as well as two on New York's Long Island

As part of a flurry of expansion activity this month, Lidl US has revealed that it will open its first two stores on Long Island, in the towns of West Babylon and Center Moriches, on Dec. 11. Both stores will host ribbon-cutting events at 7:40 a.m. to kick off a weekend of special offers, giveaway and shopper prizes. The locations will be open from 8 a.m. to 10 p.m. Monday-Sunday.

“As a Long Island native, I know how important saving time and money is to residents across the Island,” said West Babylon Store Manager Joe Marazzo. “Shoppers will be in awe at how much they can save with Lidl each week. My team and I cannot wait to serve the community.”

“I’ve worked in grocery for over two decades on Long Island, and never before have I seen a store that prioritizes quality and shopper savings as much as Lidl does,” added Center Moriches Store Manager Carlo Franzese. “Our store brings significant new investment to Center Moriches and will be a customer-focused shopping destination that will be a great addition to the community. The team and I cannot wait to open on Dec. 11.”

The grocer first unveiled its plans to open four stores on New York’s Long Island this past April, with another four added to the rollout in October. Several of the stores, including the West Babylon location, will be remodeled Best Market stores. Lidl acquired Best Market’s stores last year.

Meanwhile, Lidl is also growing in North Carolina on Dec. 4, opening one location apiece in Charlotte and Wilmington, -- its first-ever stores in those cities -- which will bring the grocer’s total number of supermarkets in the Tar Heel State to 19. Similar festivities to the ones planned for the Long Island stores will take place.

In May 2019, the company said it would open 25 East Coast stores in Maryland, New Jersey, New York, North Carolina, Pennsylvania, South Carolina and Virginia by the spring of 2020, with the goal of operating more than 100 U.S. stores at the close of next year.