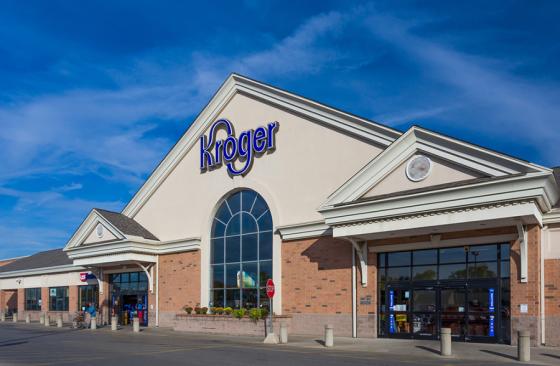 Along with its Q1 2019 financial results, Kroger noted that the second year of its Restock Kroger transformation plan was "off to a solid start"

Despite strong growth in digital sales and private brands, the Kroger Co. reported total company sales of $37.3 billion in its first quarter of fiscal 2019 ended May 25, compared with $37.7 billion for the same period last year. The Cincinnati-based grocer attributed the slight decrease to the sale of its convenience store business unit, adding that total sales, excluding fuel and the effect of selling the c-stores, rose 2 percent from the year-ago period.

The retailer also noted that its identical sales without fuel increased 1.5 percent, and that its digital sales soared 42 percent as it expanded to 1,685 pickup locations and 2,126 delivery locations, covering more than 93 percent of Kroger households, while its Our Brands sales were up 3.3 percent versus last year, led by double-digit growth in the Simple Truth line. Kroger also introduced 219 new Our Brands items during the quarter.

Kroger’s operating profit was $901 million in the first quarter, while its Q1 adjusted FIFO operating profit came to $957 million, in line with company expectations. According to the grocer, its alternative profit streams are on track to contribute an incremental $100 million in operating profit in 2019 versus 2018. According to President and CEO Rodney McMullen, this amount “will be generated primarily from more mature alternative profit streams such as Kroger Personal Finance, our media businesses and customer data insights.”

Over the past four quarters, Kroger said that it used cash to invest a combined $589 million in Ocado securities and Home Chef, contribute an incremental $185 million pre-tax to company-sponsored pension plans, repurchase 5 million common shares for $216 million, pay $440 million in dividends, and invest $3.0 billion in capital, excluding mergers, acquisitions and purchases of leased facilities.

Consistent with its financial strategy, the company revealed that it has lowered net total debt by $1.7 billion since the end of fiscal year 2018, adding that its net total debt to adjusted EBITDA ratio is 2.54, down from 2.83 at the end of 2018. Kroger’s net-total-debt-to-adjusted-EBITDA ratio target range is 2.30 to 2.50.

At the same time that it released its quarterly financials, the company provided a progress update on its Restock Kroger three-year transformation plan.

“We are building momentum in the second year of Restock Kroger, which is off to a solid start,” noted McMullen. “The entire company is focused on redefining the grocery customer experience, improved upon by exciting partnerships that will create value. We are on track to generate the free cash flow and incremental adjusted FIFO operating profit that we committed to in 2019 as part of Restock Kroger. We are confident in our ability to deliver on our plans for the year and our long-term vision to serve America through food inspiration and uplift.”

Along with its Own Brands success and ecommerce expansion, Q1 Restock Kroger highlights included:

Also during the quarter, the grocer earned a 100 percent score on the Human Rights Campaign's Corporate Equality Index, making it one of the Best Places to Work for LGBTQ employees, and Monica Garnes, president of Kroger Southwest division Fry’s, was named Progressive Grocer’s 2019 Trailblazer.

Kroger employs nearly half a million associates who serve 11 million-plus customers daily through a seamless digital shopping experience and 2,761 retail food stores under a variety of banner names. The company is No. 2 on Progressive Grocer’s 2019 Super 50 list of the top grocers in the United States.