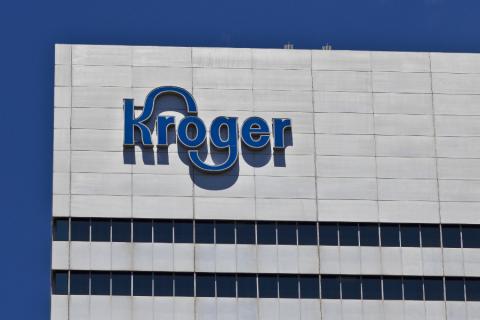 Continuing to deliver on its Restock Kroger strategy, Cincinnati-based Kroger Co. revealed that it's actively recruiting for management roles at the same time a shoppable recipe platform is adding more than 1,300 stores and its ClickList ecommerce service throughout 17 states to its list of associated retailers.

The company is looking for experienced retail and digital/technology talent for new and open management roles at corporate and store levels across all of its divisions. The initiative is part of the company’s plan to invest an incremental $500 million in human capital over the next year, which will be in addition to Kroger’s continued efforts to rebalance store associate pay and benefits while focusing on certifications, performance incentives, advancement opportunities and associate training.

"With so many recent changes in the retail landscape, we recognize there are talented individuals in our communities who may be searching for a new career with a new company," said Tim Massa, Kroger's group VP of human resources and labor relations. "As we continue to grow and redefine the customer experience through Restock Kroger, there has never been a better time to join the Kroger Co."

For the shoppable recipes, Cary, N.C.-based omnichannel shopping solutions provider Myxx has expanded to include Kroger banners on its platform, which increases consumer options while bolstering the retailer's partnered CPG brand coverage. Myxx’s proprietary algorithm translates online food recipes into dynamic shopping lists while promoting retailers and key CPG brands, enabling online and in-store shopping via one customized site: myxxrecipes.com, which is free for users and allows filtering according to food preferences and dietary restrictions.

The website houses 50,000-plus shoppable recipes connected to local retailers, allowing users to select a recipe and then add all items included in the recipe to a cart with just a click. The smart shopping list can be used in-store with an aisle-by-aisle guided list or sent directly to Kroger’s online cart for curbside pickup or delivery. While the initiative is not an actual partnership between the two, it does further Kroger's commitment to customer convenience outlined in the Restock Kroger plan.

Myxx plans to expand the platform across all of Kroger’s banners this year. However, this isn’t the first time the two have been associated with each other: The platform currently includes more than 240 Harris Teeter stores in the Southeast. The Matthews, N.C.-based grocer, which Kroger owns, partnered with Myxx in 2017 to launch HarrisTeeterRecipes.com.

“The rapid adoption of meal kits and online grocery shopping underscores the rising consumer demand for convenient meal-time solutions” said Myxx CEO Monica Wood. “Myxx Recipes goes beyond the meal kit by giving shoppers increased options, including thousands of recipes, [and the] ability to compare prices and brands, and to purchase in-store or online. By adding the largest U.S. grocer and second-largest U.S. retailer to the platform, we are able to extend our service and help millions of consumers save time and money, and help CPG brands reach shoppers from inspiration to purchase.”

The two moves come after a number of fast decisions Kroger has made in recent months, since unveiling the Restock Kroger strategy. Among them, Kroger has: