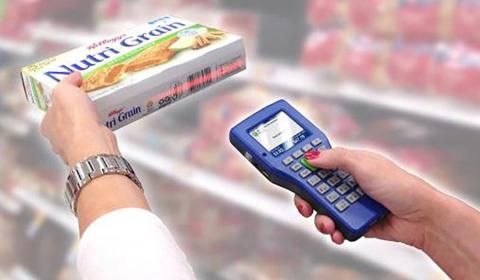 The Kroger Co.’s plans to expand its Scan, Bag, Go technology to 400 stores in 2018 will make it the first to provide cashier-less technology to a mass market, beating both Amazon and Walmart to the punch, according to a published report.

Customers can scan products with a handheld scanner provider by the Cincinnati-based grocer, or by using Kroger’s Scan, Bag, Go smartphone app. When finished shopping, they can go a self-checkout register to pay for their order, but eventually, they’ll be able to pay via the app, Business Insider reported, citing the company.

The publication noted Seattle-based Amazon’s plans to roll out a similar solution at its physical grocery store concept, Amazon Go, which has been held up due to various technological issues, while Bentonville, Ark.-based Walmart is fine-tuning its own checkout-free concept as well as testing a cashierless system at more than a dozen stores in Texas, Florida, South Dakota, Arkansas, Georgia, and Kentucky.

In October, Kroger noted its intention to expand its 20-store Scan, Bag, Go pilot to 400 stores in the coming year as part of its Restock Kroger strategy.