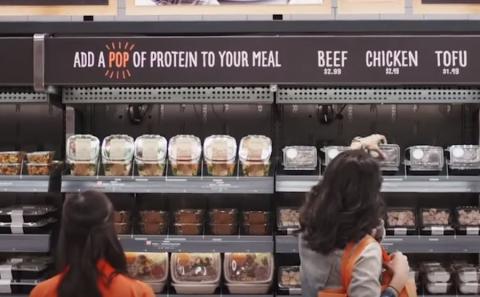 After a lengthy delay due to several problems with its “just walk out” technology, Amazon's checkout-free grocery store might soon see its long-awaited public debut, Bloomberg has reported.

First revealed almost a year ago – and seven months before Amazon made its $13.7 billion bid to acquire Whole Foods – Amazon Go is a concept in Seattle that allows shoppers to check in via mobile app, take the products they want, and automatically pay without leaving, all without scanning barcodes or waiting at checkout. It employs the same technologies used in self-driving cars – computer vision, sensor fusion and deep learning – which automatically detect when products are taken from or returned to shelves, keeping track of the items in a virtual cart.

“Four years ago, we asked ourselves: What if we could create a shopping experience with no lines and no checkout?” Amazon said during the unveiling. “Could we push the boundaries of computer vision and machine learning to create a store where customers could simply take what they want and go? Our answer to those questions is Amazon Go and Just Walk Out Shopping.”

The store first opened to employees for testing purposes, allowing Amazon associates to purchase ready-to-eat breakfast, lunch, dinner and snack options, as well as grocery essentials ranging from bread and milk to artisan cheeses and Amazon Meal Kits. However, testing via employees – who already are immediate Amazon loyalists – hardly constitutes a neutral pilot test environment, said David Diamond of New York-based consultancy David Diamond Associates at the time. Therefore, he warned, Amazon might not learn much about how to execute such a big idea, which could pave the way for missteps – especially since self-checkout is a difficult concept to pull off in grocery.

Amazon Go did hit a snag in late March, the time it was supposed to debut to the public, when The Wall Street Journal reported that it was having issues with the technology used to automatically charge customers when they leave. Despite functioning flawlessly when a smaller number of customers – or slower-moving ones – were present, it was having difficulty tracking more than 20 people at a time or items moved from their specific shelf space.

Today, roughly eight months following its originally planned debut to the public, Amazon Go isn't without its flaws. However, it has “improved markedly,” according to a person close to the topic who spoke with Bloomberg, suggesting that access to the public isn't far off.

The store works well with individuals but continues to struggle with accurately charging people moving in groups, such as families with “grabby” children, Bloomberg said. However, engineers on the project have been tweaking sensors to recognize such things as when a child eats a product while walking the store with family, or which person to charge when couples are shopping.

Moreover, further tests and focus groups are being conducted at an undisclosed building in Seattle, Bloomberg reported. Focus groups are managed to design protocols for in-store returns, spoiled or damaged products, and customer service issues typical of brick-and-mortar retail.