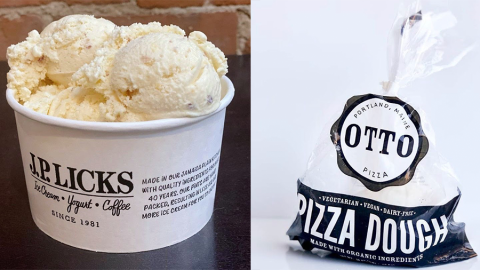 Jokr, a global delivery platform that aims to deliver products from hyper-local vendors in as short a time as 10 minutes, is expanding into a new U.S. market for the first time since launching in New York earlier this year: Boston. As of today, Jokr’s service is available in several neighborhoods in Beantown’s metro area: Back Bay East, Beacon Hill, West End, Downtown, Leather District, Chinatown, Bay Village, Fort Point, West Broadway, Seaport District and South Boston.

Jokr rolled out in New York City this past June. Over the past five months, the service has grown its coverage area there by 85% to cover all of Manhattan below 96th street, in addition to Williamsburg and Greenpoint in Brooklyn, and Long Island City in Queens.

The company currently operates 200 hubs worldwide, with overall order volume roughly doubling every month. Employing artificial intelligence, each hub or micro-distribution center can customize its inventory, updating the products offered based on customer demand in that community. Jokr offers users a curated, local and quality assortment of grocery products at affordable prices, at or below other retail options and delivered quickly. Additionally, it employs all of its pickers and riders full-time with benefits and career growth opportunities.

“This expansion marks the next step for Jokr on our path to becoming the leader for fast delivery in the U.S.,” said Tyler Trerotola, U.S. co-founder of New York-based Jokr. “Boston is a huge untapped market with tech-forward consumers seeking new ways to shop and live their lives. Jokr will offer these consumers a more personalized, quality and convenient way of shopping, while also partnering with local businesses to support the community.”

Jokr’s expansion into Boston marks the next step in the company’s goal of making commerce and retail more convenient for the consumer. Harnessing technology to improve the e-commerce experience, the company is looking to expand beyond instant delivery times to offer ultimate convenience and flexibility to customers.

In other Jokr news, the company has completed a $260 million Series B funding round. The transaction values Jokr at $1.2 billion, enabling it to attain unicorn status a mere eight months after starting operations. The round, one of the largest Series B rounds in recent years, is backed by such pre-eminent tech and growth investors as Activant Capital, Balderton, Greycroft, GGV Capital, G-Squared, HV Capital, Kaszek, Mirae Asset, Monashees, Moving Capital and Tiger Global. Jokr CEO Ralf Wenzel, has again personally invested as part of this round, along with other co-founders. According to the company, the funds will be used to further boost expansion in its high-growth Latin American and U.S. markets.

Of course, Jokr isn’t the only instant-needs retailer around: Its competitors in this space include Philadelphia-based Gopuff, which in October expanded to New York and has since arrived in London and other U.K. cities; New York-based Buyk, which just doubled its dark-store presence in the Big Apple to 20; and Turkey-based Getir, which last month started operations in Chicago and has revealed plans to expand to New York City and Boston within weeks.