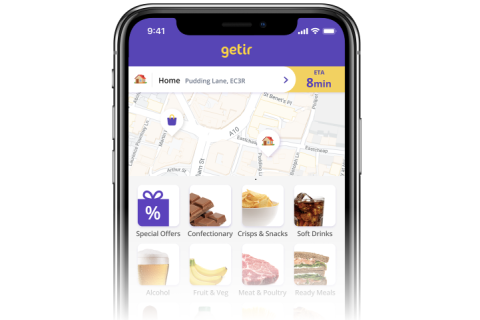 Getir plans a rollout in Boston and New York City within weeks.

A pioneer of ultrafast grocery delivery has brought its business model to the United States.

Getir says it has started operations in Chicago and plans to expand to New York City and Boston within weeks. The company offers 10-minute grocery delivery seven days a week and 24 hours a day of approximately 2,000 grocery items.

"Our expansion into the United States is well-timed; we've been perfecting our approach in ultrafast delivery since we created the model 6 years ago. Now that we're established and thriving in Europe, it's an optimal time for us to move further afield and introduce ourselves to the U.S. market. We're excited to showcase our best-in-class service to new customers and firmly establish ourselves as the true innovators and pioneers of this bustling sector," said Nazim Salur, founder of Getir. "I'm proud to initiate Getir's launch in this wonderful city, and to continue providing convenience to our customers all while generating meaningful jobs in the local community."

Getir, founded in 2015 as the world's first ultrafast grocery delivery service in Istanbul, has grown rapidly in recent years. The company has launched across Europe, and is now operational in nine countries worldwide. Getir has raised over $1.1 billion in funding, and the company is valued at $7.7 billion.

Getir joins Gopuff, Gorillas, Buyk, Fridge No More and other ultrafast grocery delivery companies in the U.S. competing to disrupt Amazon and other food retailers.