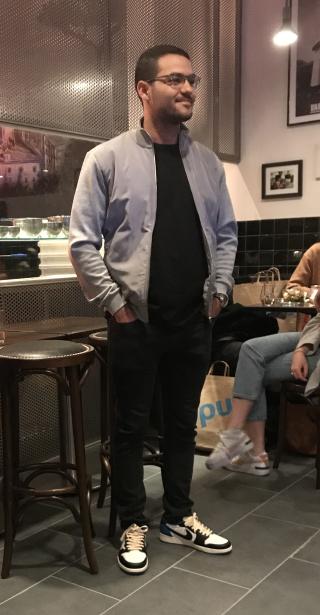 Gopuff co-founder and co-CEO Yakir Gola at the Oct. 19 pre-launch event for Gopuff on the eve of its debut in New York.

Instant-needs platform Gopuff has officially launched in New York City, giving Big Apple residents the ability to have thousands of products delivered to their doors in 30 minutes or under. Founded in 2013 in its hometown of Philadelphia, the company now serves customers in more than 1,000 cities and operates 500-plus micro-fulfillment centers and retail locations across the United States and Europe. In New York, Gopuff operates more than a dozen locations in the boroughs of Manhattan, Brooklyn, The Bronx and Queens, with plans to expand to Staten Island and double its locations in the city by the end of 2021.

“We are excited to officially launch Gopuff in New York City,” noted co-founder and co-CEO Yakir Gola. “Gopuff is an integral builder in every community we operate, delighting customers, promoting local entrepreneurs, creating jobs, and supporting local programs. It is an honor to now operate in the greatest city in the world, and we can’t wait to get to work.”

Speaking with Progressive Grocer during an Oct. 19 pre-launch event at trending New York eatery Una Pizza Napoletana, with which Gopuff is collaborating, Gola told the publication that with the right technology and infrastructure in place, 15- or even 10-minute delivery, as promised by some startup delivery companies, is indeed possible, as people continue to demand convenience.

In a Q&A with Deborah Weinswig, founder and CEO of New York-based Coresight Research, Gola noted that the New York launch was “eight years in the making,” as the company needed to develop to the point that it was able to take on the complexities of delivering in the city, learning from other companies’ mistakes and raising multiple rounds of funding. “We have a long way to go, and we’re just getting started,” he said.

Gola also observed during the session that GoPuff’s strategy to build a global platform for instant needs involves going deep in markets rather than wide, which was another reason that it took eight years to make it to New York. In its home city of Philadelphia, for instance, 20% of the population has used GoPuff in the last three months, an indication of its near-ubiquity in the City of Brotherly Love. He also discussed the company’s practice of leveraging its technology and infrastructure to expand into new categories, admitting that at first he didn’t think grocery was going to be as big a part of the platform as it turned out to be, with baby food a particular standout. According to Gola, the future of GoPuff additionally lies in expanding use cases and in continuously improving the customer experience. “The best companies in the world are always innovating,” he said.

Gola further pointed out that he and co-founder and co-CEO Rafael Ilishayev are regular users of the platform, with Gola’s most recent order, Vaseline and a granola bar, coming in a mere 18 minutes.

Gopuff offers more than 4,000 premier national and global products in every location where it operates, and works with hundreds of hyper-local partners. In New York, for instance, the company has teamed with Carbone Fine Food (whose sauces were recently honored as PG Editors’ Picks), Early Bird, Grady’s Cold Brew, Levain Bakery, Mike’s Hot Honey, Momofuku, Raaka, The Matzo Project, Serendipity and Van Leeuwen Ice Cream. For the next 10 weeks, Gopuff is offering a series of local brand promotions for New Yorkers, including offerings from Juice Press, Milk Bar and Serendipity. Along with groceries and other essentials, the platform recently  introduced Gopuff Kitchen prepared foods made using its own recipes and ingredients from local restaurant partners.

“Gopuff put the instant-needs category on the map and has spent the last eight years learning how to address the complexities of the business, including the specific needs of each market,” noted Ilishayev. “These learnings, coupled with Gopuff’s operational expertise, allow us to ensure that when we enter a new market, the customer experience will be exceptional. We are thrilled to now become part of the fabric of New York and introduce this great city to the magic of Gopuff.”

As a glimpse of what’s next on the horizon for Gopuff after New York, Daniel Folkman, the company’s SVP of business, told PG at the pre-launch event that domestically, the company had its eye on the San Francisco and Los Angeles markets, while internationally, it would roll out to London and Paris before the end of the year.

With micro-fulfillment centers in every market it serves, Gopuff delivers thousands of products quickly for a flat $1.95 delivery charge. The company is open 24/7 in many areas and late-night everywhere else.