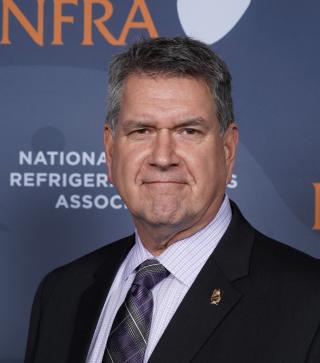 National Frozen & Refrigerated Foods Association (NFRA) President and CEO Jeff Rumachik will retire from the organization, effective Dec. 31, 2023. Tricia Greyshock, who has been promoted to the position of EVP and COO, will succeed Rumchik as president and CEO in January 2024.

“It’s with great anticipation that I announce my upcoming retirement and work toward a smooth leadership transition for NFRA,” noted Rumachik. “Tricia’s experience in the association environment and developing industry relationships will be a real asset to our organization as she takes on this new role.”

Rumachik has held his current role since 2021. He joined NFRA as SVP in 2009, becoming EVP and COO in 2011. Under his leadership, NFRA has considerably ramped up its consumer outreach efforts and grown membership.

Rumachik has more than 47 years of experience in the food industry. Before joining NFRA, he was VP, wholesaler and member services for the Food Industry Association (FMI) in Chicago. At FMI, he provided the overall strategic direction for the wholesaler member segment and managed the staff and resources of the member services function. Rumachik has worked at all levels of retail food store management, and has also held supervisory and advisory roles with wholesalers, independently owned supermarkets and chain stores of various formats.

Meanwhile, Greyshock has been NFRA’s VP of meetings and industry relations since 2019. Among her new responsibilities as EVP and COO are managing the association’s membership, meetings and marketing functions; contributing to operational policies and objectives to ensure the long-term success of the organization; and acting as liaison with the association’s board and committees.