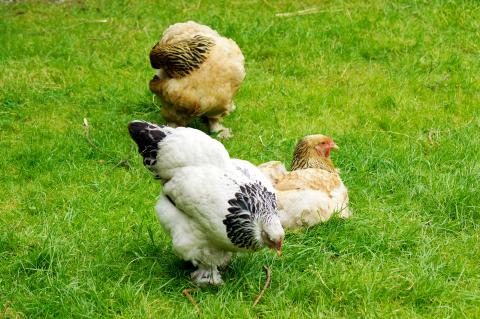 The U.S. Working Group for Broiler Welfare formed in 2021 to explore practical strategies and creative solutions that will enable member companies to progress toward their animal welfare commitments.

These companies are teaming with Salisbury, Md.-based Perdue Farms, the fourth-largest chicken producer in the United States, to help group members meet their animal welfare commitments over the next few years. Since 2016, Perdue has worked to improve welfare standards in alignment with the BCC. For instance, the company was the first major poultry company to install a controlled-atmosphere stunning unit, which provides a more humane slaughter method than traditional practices, and it has plans to convert other facilities.

“Core to our mission is procuring high-quality and responsibly sourced ingredients, but creating systemic change as an individual player that doesn’t raise or process chicken can be challenging,” said Jeff Yorzyk, director of sustainability at New York-based HelloFresh US. “As a member of this Working Group led by Compassion in World Farming, we look forward to partnering closely with our peers and engaging suppliers in ways that will accelerate the implementation of the BCC.”

The Working Group formed in 2021 to explore practical strategies and creative solutions that will enable member companies to progress toward their commitments. Compassion USA anticipates that this group’s ongoing efforts and learnings will motivate widespread progress among the 200-plus U.S. brands that have committed to improving their welfare standards in alignment with the BCC.

“Bringing leading food businesses together in the Working Group allows for real collaboration, innovation and progress toward higher standards of welfare for the more than 9 billion chickens raised in the U.S. annually,” noted Tessa Hale, U.S. head of food business at Compassion in World Farming, whose U.S. office is in New York. “The expansion of the Working Group reflects the desire for meaningful change in how we treat the plane’s most-farmed animal. In addition to our many new food business partners, we are thrilled to collaborate with several top chicken producers, such as Perdue, who are leading the way in animal welfare practices.”

“At Whole Foods Market, we’ve long maintained rigorous quality standards across our meat department and take the issue of broiler chicken welfare seriously,” said Karen Christensen, SVP of merchandising for perishables at Austin, Texas-based Whole Foods. “We sincerely appreciate the important work of Compassion in World Farming, and we’re excited to join the Working Group to share what we’ve learned about raising the bar for broiler welfare and to join with others in pushing for systemic change.”

Whole Foods is a wholly owned subsidiary of Seattle-based Amazon, which is No. 2 on The PG 100, Progressive Grocer’s 2022 list of the top food and consumables retailers in North America. Target, Giant Eagle, HelloFresh, Sprouts and Natural Grocers are Nos. 6, 36, 50, 53 and 95, respectively on PG’s list.