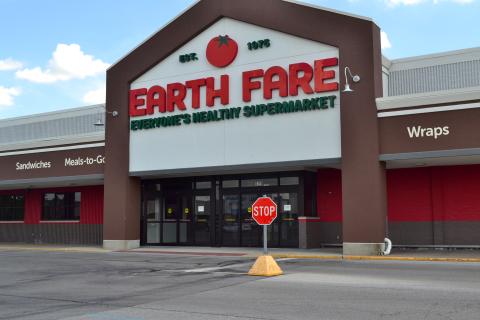 Earth Fare joins more than 200 other major U.S. food companies that have agreed to implement the changes laid out in the Better Chicken Commitment.

Natural and organic food retailerEarth Fare has implemented animal welfare standards put forth by Better Chicken Commitment (BCC), which was developed by The Humane League and other animal welfare organizations.

The policy encompasses a four-year timeline that aims to increase the amount of space allotted per bird, and to require litter, lighting, and enrichments in line with Global Animal Partnership standards by 2024. It will also allow for more humane slaughter through controlled-atmosphere stunning by 2025 and a switch to slower-growing chicken breeds by 2026.

Earth Fare currently offers chicken options that meet BCC standards; this commitment will bring all of the grocer’s fresh and frozen chicken from the meat department, as well as value-added, full-service case and rotisserie products up to BCC standards. As of 2022, 30% of the chicken sold at Earth Fare is processed through controlled-atmosphere stunning facilities, and the retailer plans to raise that percentage to more than 80% by 2024 and 100% by 2025, ending the industry standard of live shackle slaughter in its supply chain.

“At Earth Fare, we believe that bettering animal welfare is a key part of good, ethical business and should apply to all breeds of animals; a belief we have stood behind for over four decades,” said Laurie Aker, director of marketing at Asheville, N.C.-based Earth Fare, which operates 24 stores in eight states. “Through the Better Chicken Commitment, we are proud to be implementing higher ethical standards for broiler chickens. As part of our ongoing process aimed to improve animal welfare, we are engaging our suppliers and NGOs to ensure that our policies and targets for continuous improvement are progressive, meaningful and continue to bring awareness to the industry.”

“Consumers are becoming increasingly aware and concerned about the treatment of animals raised for food,” noted David Coman-Hidy, president of The Humane League, which is based in Rockville, Md. “The Better Chicken Commitment is a natural fit for Earth Fare, which has been an industry leader for decades in animal welfare. By adopting the BCC, Earth Fare is taking an important step to address its customers’ rising expectations for animal welfare, sustainability and food quality.”

Earth Fare joins more than 200 other major U.S. food companies, including Whole Foods Market, The Kroger Co. and Sprouts Farmers Market, that have agreed to implement the changes laid out in the BCC. The Humane League encourages other U.S. retailers to commit to the same changes in their supply chains.

Cincinnati-based Kroger is No. 3 on The PG 100, Progressive Grocer’s 2021 list of the top food and consumables retailers in North America, while Phoenix-based Sprouts Farmers Market is No. 48 and Austin, Texas-based Whole Foods, owned by second-ranked Amazon, is No. 26.