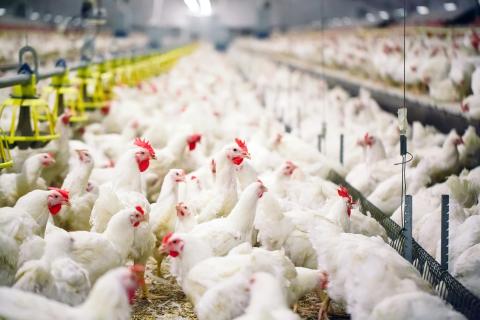 In an updated animal welfare commitment, natural food retailer Sprouts Farmers Market has revealed that it will take a phased approach to improving broiler chicken welfare. The new commitment, which follows two years of discussions with animal welfare organizations such as Compassion in World Farming, offers a timeline for providing meaningful and measurable sourcing standards for the chickens raised for consumption in Sprouts’ own-brand fresh chicken line, one-pan meals, full-service case and roasted deli offerings.

“There is now real momentum in the movement for improving broiler chicken welfare,” said Ben Williamson, U.S. executive director of New York-basedCompassion in World Farming, which works with companies, policymakers and the public on large-scale improvements for farmed animals. “Sprouts has been working with our technical experts for at least two years to ensure its commitment will improve broiler chicken welfare ‘meaningfully and measurably.’ This approach is indicative of a company that wants to deliver on its promises.”

More than 200 brands in the United States have committed to enhancing welfare standards in accordance with the Better Chicken Commitment, which sets a baseline welfare standard for breed selection, space allocation, environmental enrichments, slaughter method and third-party auditing. Among the other retailers that have adopted the Better Chicken Commitment are Whole Foods Market, Giant Eagle and Thrive Market.

Sprouts’ phased approach will provide enrichments by 2024, reduce stocking density by 2025 and allow for more humane slaughter through controlled-atmosphere stunning by 2026. The grocer also recognizes “the welfare issues experienced by conventional breeds of chickens raised for meat,” and will continue to explore how to adopt higher-welfare breeds.

Phoenix-based Sprouts Farmers Market, which employs more than 35,000 associates at 360-plus stores in 23 states, is No. 48 on The PG 100, Progressive Grocer's 2021 list of the top food and consumables retailers in North America. Minneapolis-based Target is No. 6; Austin, Texas-based Whole Foods is No. 26 and Pittsburgh-based Giant Eagle is No. 37 on PG’s list.