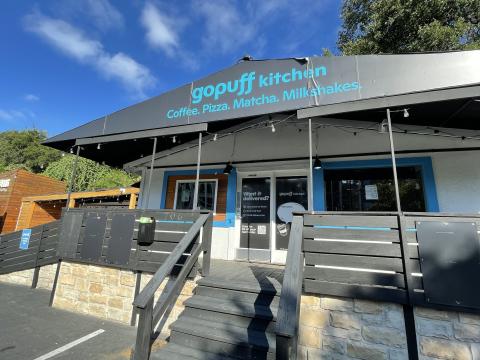 Gopuff is looking to "accelerate profitability" and get ready for a possibly "significant" economic downturn by making cuts to its workforce and its fulfillment network, among other moves.

In a business note to investors on July 12, the Philadelphia-based instant commerce company says it is now "targeting full company profitability in 2024 while maintaining a strong cash balance throughout." But that to achieve this, the company plans to close and consolidate 12% of its micro-fulfillment network in the U.S. (about 76 warehouses) and expand delivery zones for other, higher-performing sites to continue delivering to the majority of customers in those areas. The company also plans to reduce its global workforce by 10% (around 1,500 workers).

"We will be informing impacted employees throughout the day today. While difficult, this restructures us to align more closely around business priorities while accelerating our path to profitability," according to a company statement authored by Co-Founders and Co-CEOs Yakir Gola and Rafael Ilishayev.

The new layoffs come after the startup announced in March that it would cut 3% of its workforce at that time.

In the new announcement, however, Gopuff says cuts aren't the only strategic actions the company is taking to drive more profit.

"We have proven that our core business generates strong unit economics. We will therefore focus investments in our core instant delivery business and select revenue-generating initiatives. This includes optimizing our assortment to drive higher baskets (including becoming the first authorized retailer of Apple products in the instant commerce space), enhancing our forecasting technology to create more accurate staffing and planning functions, and adding new integrations and features to our inventory management across our omnichannel MFCs, retail locations and traditional Gopuff MFCs."

The company says it will also be adding Gopuff Ads to its app and focus on its more profitable international business.

"We are doubling down on international investment in the U.K. after seeing impressive traction in the market despite only being there less than a year, including 10x monthly order growth. We believe the U.K. offers the largest market opportunity paired with a clear path to generating profit, so we look forward to continuing to build on our early success. As we do this, we will reevaluate our investment in other international markets."

Gopuff, founded in 2013, has had a big year with new partnerships, initiatives and expansion of its leadership teams and footprint.

Gopuff is also reportedly eyeing a 2022 IPO and was valued last year at $15 billion.

However, it has been a rough spring and summer overall for ultrafast grocery delivery startups.

In June, Jokr, which pulled in $170 million from investors just one year ago,  ceased operations in the U.S. Buyk and Fridge No More also shut down this year. German startup Gorillas and the Turkish company Getir have slashed their staffs and are taking other measures to combat a softening of demand and a tough competitive environment.

All of this turmoil in the fast grocery delivery space comes as data show that shoppers, especially those in the U.S., just aren't that interested in paying a premium for fast delivery of groceries and essentials.

According to a new report from digital commerce solutions company Stor.ai, less than 2% of U.S. adults say they are “very likely” to shell out premium fees for ultrafast delivery. Stor.ai’s survey revealed that 57.5% of respondents overall are not willing to pay a premium for ultrafast service.

Philadelphia-based Gopuff is No. 79 on The PG 100, Progressive Grocer’s 2022 list of the top food and consumables retailers in North America.