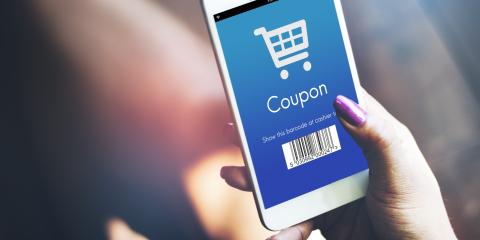 Inmar Intelligence has found that 54% of all shoppers recently purchased a new brand because it was less expensive, and nearly a third of these shoppers were influenced by a digital coupon.

According to data from Inmar Intelligence’s “2021 Promotion Industry Trends Analysis and July Shopper Insights Study,” 54% of all shoppers recently purchased a new brand because it was less expensive, and nearly a third of these shoppers were influenced by a digital coupon. The tech-enabled services company noted that these findings come at a time when the grocery industry is seeing price increases that have shoppers seeking ways to offset the blow to their wallets.

While shoppers’ use of digital incentives is growing, data from Inmar Intelligence showed that these digital incentives are greatly influencing purchase decisions. The data suggested that today’s consumers are open to trying new brands, and are often persuaded to do so by digital promotions. In July 2021, the highest rate of brand trial year to date was recorded, with 72% of all shoppers saying that they made a new brand purchase. Eighty-four percent using a coupon for a recent in-store purchase and 92% using a coupon for an online purchase said that the coupon changed their purchase decision, leading them to buy more, buy sooner or buy an item for the first time.

Inmar Intelligence also found that almost 70% of loyalty members said that discounts and coupons are very important to them and are the reason that they join a loyalty program, with a majority (56%) saying that when they don’t use coupons, it adversely affects their family grocery budget.

Additional findings include the following:

“Shoppers are continually looking for value and savings, now more than ever, and as their lives become increasingly digital, they are looking to digital methods to deliver savings,” noted Spencer Baird, EVP and president, martech at Winston-Salem, N.C.-based Inmar Intelligence. “As we’ve seen in our research, digital incentives are driving shopper purchase decisions. Brands and retailers are now executing plans for Q4, and they need to ensure that they’ve integrated digital incentives into their plans in order to meet the sales and market share objectives they have in front of them. The flexibility, targeting, attribution and speed to market of digital incentives enable brands and retailers to meet both the needs of shoppers as well as their own objectives.”