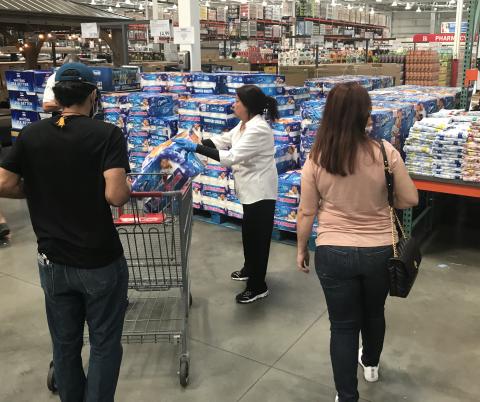 Pantry loading appears to be back, according to a July 30th survey by Inmar Intelligence, although it is likely to be less pronounced than at the onset of the pandemic in early 2020.

Lingering supply chain challenges and a resurgence of COVID-19 infection rates mean retailers should be ready for a new wave of pantry loading, according a survey from Inmar Intelligence.

The firm surveyed 1,000 people on July 30, three days after the Centers for Disease Control and Prevention encouraged all Americans to resume wearing facial coverings in response to an increase in cases of the Delta variant of COVID-19. Given the timing of the research, Inmar discovered that nearly 70% of those surveyed said they were considering replenishing an existing stockpile.

Other highlights of the timely research showed:

While some degree of pantry loading seems likely based on Inmar’s insights, it also seems less likely to be as pronounced as last March and April when shoppers' rampant spending left store shelves depleted. One of the reasons why is that 60% of those surveyed said they still have products stockpiled as a result of COVID-19.