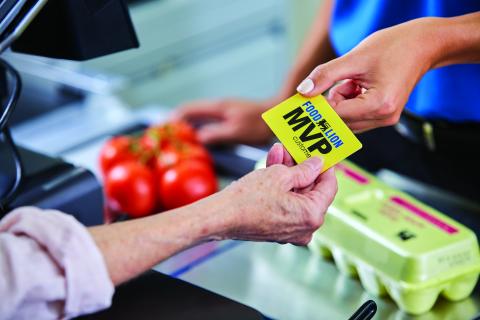 In an economic climate in which more consumers are looking for ways to save money, grocers can help retain shoppers by offering rewards programs that provide exclusive coupon discounts on everyday essential needs. A few of these programs are now being recognized nationally. H-E-B, Food Lion and the Kroger Co. have ranked first, second and third, respectively, in Bond Brand Loyalty’s report, "Best U.S. Grocery Retail Programs of 2021."

The Loyalty Report is recognized as the industry’s longest-standing and largest global study on customer engagement, loyalty attitudes, behaviors, drivers and distribution. Bond’s annual report, produced in partnership with Visa, surveyed more than 25,000 North American consumers and examined 450-plus loyalty programs on more than 85 attributes.

The attributes surveyed for the report included Loyalty Mechanics, Program Influence, Behavioral Loyalty, Earn Mechanics, Rewards & Redemption, Brand Influence, Human Experiences, and Digital Experiences. The top performers were based on members’ agreement with the statement: I am loyal to the program.

This is the second consecutive year that Food Lion’s MVP Program has received national recognition in the report.

“The Food Lion MVP Savings Program helps Food Lion customers save big every day,” said Neil Norman, Food Lion’s director of loyalty marketing. “Our MVP customers benefit from the program, whether shopping in store or online. By offering personalized offers relevant to them, we’re helping customers save money while shopping how they want and for the products important to them.”

H‑E‑B was recognized for its Points Club Rewards, which is no stranger to receiving accolades. In February, the H-E-B rewards program was among several food retail loyalty programs ranked best in class by Newsweek magazine, and the honors don’t stop there for H-E-B. In July alone, it ranked highest on J.D. Power’s 2021 list of U.S. brick-and-mortar supermarket pharmacies and was named by  Ipsos in Wave 3 of a continuing study as one of the grocers providing the best e-commerce experience.

The complete Loyalty Report can be found here.

With approximately 400 stores in Texas and Mexico, San Antonio-based H-E-B is No. 13 on The PG 100, Progressive Grocer's 2021 list of the top food and consumables retailers in North America. Salisbury, N.C.-based Food Lion has more than 1,100 stores in 10 Southeastern and Mid-Atlantic states. Its parent company, Ahold Delhaize USA, a division of Zaandam, Netherlands-based Ahold Delhaize is No. 10 on The PG 100, whileCincinnati-based Kroger has almost 2,800 retail food stores under a variety of banner names and is No. 3 on the list.