Club-store-style ecommerce retailer Boxed.com has declined a bid from the Kroger Co. but might be wooing ecommerce giant Amazon.com instead, the New York Post has reported.

Boxed, which last week was reported to have been in talks with the Cincinnati-based grocer, declined a bid said to range between $300 million and $400 million. The New York-based startup then visited Amazon’s Seattle headquarters to hear what that company had to offer.

At press time, Kroger declined to comment, and Boxed did not respond to a request for comments.

Kroger has reportedly been in talks with several retailers in recent times to discuss partnerships and possibly more, all part of an effort to further fulfill its Restock Kroger strategy, which lists "Redefine the Food and Grocery Customer Experience" and "Expand Partnerships to Create Customer Value" as two of its four pillars. Arguably the one that stirred the most interest across the industry is its talks with Alibaba Group Holding Ltd., the world’s largest retailer and one of its largest Internet companies. 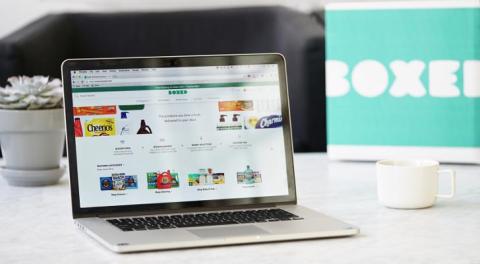 Although what was discussed during the Kroger-Alibaba meetings is unknown, the Post said a press release from the Chinese government claimed that the two have paired to “speed up the integration of online and offline sales.” The report published days after Amazon opened its checkout-free Amazon Go concept, which uses technology similar to what Alibaba already has in place in some of its physical stores.

Additionally, Kroger is said to be pondering an acquisition of Overstock.com, an ecommerce business that sells a number of new and surplus durable goods, the New York Post reported. The Midvale, Utah-based company’s CEO already has announced plans to resell or reorganize the company to focus on blockchain technology.

And earlier this month, Kroger was said to be in talks with Ace Hardware, which, for the past five years, has offered local store owners $150,000 to adopt its model, in which stores of up to 5,000 square feet can be located inside grocery or paint stores. TheStreet.com reported that the partnership would create an Ace-branded store-within-a-store concept inside Kroger supermarkets.

The news highlights an era when several mega-retailers are eyeing or making acquisitions to combine ecommerce and physical retail operations to better offer a truly omnichannel operation. Most popular has been Amazon's purchase of natural grocer Whole Foods Market last September, but also noteworthy are Walmart's purchase of Jet.com, Bonobos and several other companies, as well as its recent strategic alliance with Japanese ecommerce giant Rakuten to offer grocery delivery in Japan at Seiyu stores; Kroger and the speculation surrounding Boxed; and Target buying third-party delivery service Shipt late last year.

As Kroger looks to focus more on its ecommerce operations and diversifying its business, it also is planning an exit from one channel: convenience stores. Casey's General Stores has submitted an initial bid for Kroger's approximately $2 billion c-store portfolio, which consists of the Turkey Hill Minit Markets, Loaf 'N Jug, KwikShop, Tom Thumb and Quick Stop banners. Last fall, Kroger said it would conduct a strategic review of its c-store holdings as part of its Restock Kroger plan.