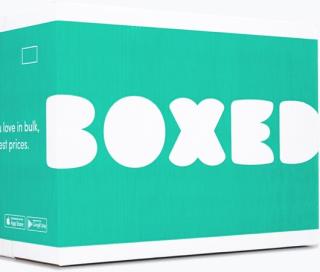 Boxed, a bulk-shopping ecommerce retailer, may soon be acquired by a brick-and-mortar grocer, with a number of “major retailers” showing interest, including The Kroger Co., Forbes has reported.

Founded by a group of tech pioneers in 2013, Boxed has received “acquisition interest” from Kroger and other retailers – possibly including club-store chain Costco, mass-merchandiser Target and hard-discounter Aldi – people close to the matter told the business news outlet. If multiple companies make formal bids for the New York-based startup, the company could move through a quick auction.

While initial offers likely range from $325 million to $500 million, some of the companies interested in Boxed have yet to make a formal offer as of press time, and Boxed could still walk away from any deal, Forbes noted. Boxed last raised $470 million in 2016 and, should it remain independent, plans to launch another round of funding.

While giants such as Amazon and Walmart have been the big newsmakers on the grocery technology front in the past year, Boxed has grabbed its share of attention, adding a number of unique innovations in recent months. In December, the ecommerce retailer added augmented reality, a chatbot and group ordering to its website to more conveniently plan ahead and better build, make, track and stock orders, all through smartphones.

“These features all speak to how people want to shop these days,” a Boxed representative said in December. “Boxed's core shoppers are Millennials who'd rather shop from their phones together with their roommates than fight for parking and push a cart around a Costco.”

A week prior to that news, Boxed revealed plans to add expiration dates for shelf-stable products on its website, claiming to be the first ecommerce retailer to make such an addition online. And four months before then, the startup presented what it said would be the first “true autonomous shopping experience,” ahead of even Amazon itself. Boxed added Smart StockUp and another concept, Concierge, which work together to predict what shoppers need and when they’ll need it, along with fulfilling and sending orders without action on the shopper's part.

“We understand that some customers may be fine figuring out when they need to buy more snacks and toilet paper, but we do think that many shoppers will embrace Smart StockUp and Concierge as an ultra-convenient way to shop,” Will Fong, chief technical officer at Boxed, told Progressive Grocer in August. “When Boxed customers spend less time going through a mental checklist and adding things to their cart, they have more time to spend on the things in life that really matter.”