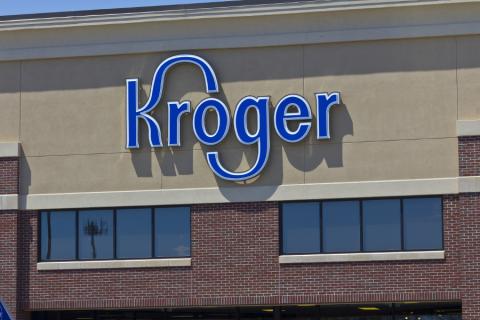 Kroger may be considering an acquisition of Overstock.com, a Midvale, Utah-based ecommerce business that sells a number of new and surplus durable goods such as home décor, furniture, bedding and more, The New York Post has reported, citing unidentified sources.

Overstock CEO Patrick Byrne, reportedly said in December that he has plans to resell or reorganize the company to focus on blockchain technology, the news outlet reported. Bloomberg reported that Overstock gained as much as 4.5 percent upon speculation about the acquisition.

Word of Kroger's possible interest in Overstock came about the same time as the Cincinnati-based grocer showed “acquisition interest” in New York-based ecommerce club-store startup Boxed, which also received interest from other retailers, possibly including club-store chain Costco, mass-merchandiser Target and hard-discounter Aldi, people close to the matter told Forbes. If multiple companies make formal bids for Boxed, the company could move through a quick auction.

While initial offers likely range from $325 million to $500 million, some of the companies interested in Boxed have yet to make a formal offer as of press time, and Boxed could still walk away from any deal, Forbes noted. Boxed last raised $470 million in 2016 and, should it remain independent, plans to launch another round of funding.

The news highlights an era when several mega-retailers are eyeing or making acquisitions to combine ecommerce and physical retail operations to better offer a truly omnichannel operation. Most popular has been Amazon's purchase of natural grocer Whole Foods Market last September, but also noteworthy are Walmart's purchase of Jet.com, Bonobos and several other companies; Kroger and the speculation surrounding Boxed; and Target buying third-party delivery service Shipt late last year.