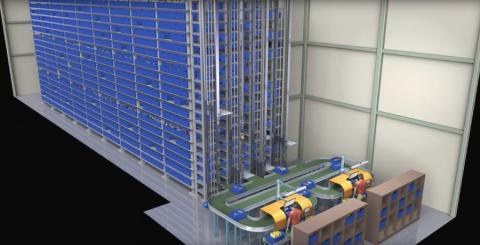 (Editors' note: This is part two of a five-part series)

In 2018, a handful of grocery retailers looked to be potentially cracking the code of how to make ecommerce profitable — by testing automated order fulfillment in their stores, in an effort to lower both order-assembly and last-mile delivery costs.

Kroger is taking a slightly different tack by testing automated order fulfillment and other technologies via an exclusive partnership with U.K. ecommerce provider Ocado. The grocer is reportedly looking to build three new fulfillment centers for this purpose in 2019, including one in Monroe, Ohio.

While their strategies differ somewhat, there’s no doubt that retailers are diving headfirst into this new technology, and you can expect the trend to pick up even more in 2019. Look to see additional grocers testing the waters, as well as drug stores and other mass merchandisers that want to ramp up their ecommerce operations.

Brittain Ladd, an adviser for Takeoff Technologies who is a consultant and contributor to Forbes, wrote in the publication in October that Takeoff is currently working with five regional and national retail chains in the United States, and has several sites in development to deploy in 2019. He predicted that “consumers can expect to see a massive increase in the use of robotics to fulfill grocery orders in distribution centers and in micro distribution centers.” He also noted that when he met with senior executives from Takeoff in 2018, he advised them to pursue Walgreens, CVS and several convenience store chains for new business.

Peter Leech, partner and director of digital and ecommerce at The Partnering Group, based in Cincinnati, also expects this type of technology to continue to grow in the coming year.

“Grocers are proactively lining up partnerships with automation, robotics, and AI or machine learning,” he says. “Automation was pioneered in ecommerce fulfillment centers using tools like Kiva Systems. Today, providers like Alert, Takeoff and Commonsense Robotics are bringing small-footprint mini fulfillment centers that can be placed within an existing store. This is enticing because it offers a bricks-and-clicks option just as grocery click-and-collect ramps up in the market.”

Leech notes, however, that such a significant change in retailing will present big assortment and space reallocation decisions, as well as new store operation processes, which retailers will have to figure out.

“Grocers and mass retailers are just starting the journey,” he observes, “but it’s the right path toward reducing the cost impact of ecommerce as a channel.”