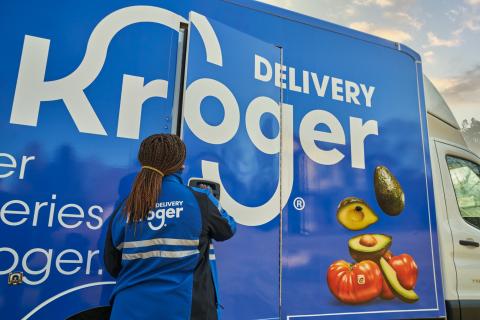 Kroger ranked No. 48 among 500 total U.S. companies based on its environmental, social and corporate governance.

Newsweek has released its list of America’s Most Responsible Companies for 2023, with three food retailers making the list: The Kroger Co., Target Corp. and Sprouts Farmers Market. The ranking includes 500 of the country’s largest public corporations spanning 14 different industries.

The retail industry included 15 companies, with Kroger coming in at No. 2, and No. 78 overall. According to the grocer, it has donated 2.3 billion meals to fight hunger over the past five years, including $1 billion in giving to hunger relief and nearly $45 million in grants from the Zero Hunger | Zero Waste Foundation to support food recovery and system change.

"This recognition is a testament to the incredible dedication of our associates and our collective commitment to end hunger through Zero Hunger | Zero Waste," said Kroger Chairman and CEO Rodney McMullen. "Kroger plays a critical role in building a more resilient and sustainable food system for all of America."

Also included in the retail ranking were Target at No. 3 and Sprouts at No. 15. Target was No. 97 overall and Sprouts was No. 448.

Target shared its first-ever environmental, social and governance report in July, highlighting its absolute reduction in operational emissions of 32% and its first net zero energy store. The company also introduced Target Zero earlier this year, which empowers guests to more easily shop for products with packaging designed to be refillable, reusable or compostable, or made with recycled content or plastic alternatives.

The retailer also highlighted its commitment to spend more than $2 billion with Black-owned businesses over the next three years, as well as its $100 million commitment to help fuel economic prosperity in Black communities across the U.S. during the same time period.

Sprouts shared its sustainability progress along with its Q1 earnings report in May. The grocer has reduced its carbon emissions per square foot by almost 10% since 2019 and achieved an overall landfill diversion rate of 60%, while also keeping a keen eye on team member development and wellness.

Cincinnati-based Kroger is No. 4 on The PG 100, Progressive Grocer’s 2022 list of the top food and consumables retailers in North America. Phoenix-based Sprouts Farmers Market is No. 48 on the list, and Minneapolis-based Target Corp. is No. 6.