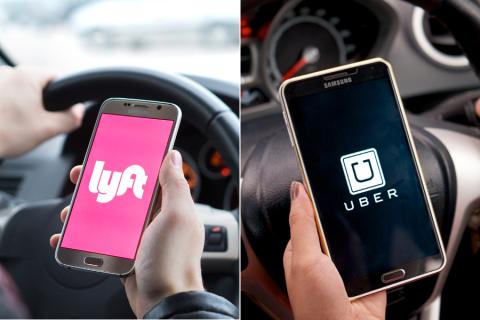 Walmart has ended its partnerships with rideshare services Uber and Lyft for grocery delivery, Reuters has reported, citing information from two sources.

The difficulty in delivering “people and packages together” requires two separate business models, a source told Reuters, and informed the decision to sever ties between the retailer and the services. The move “undercuts a vision” that Uber and Lyft both had involving transporting both people and groceries on-demand via mobile app.

Even though it did confirm with the news outlet that the partnerships are, in fact, finished, Walmart said that it would use other delivery services in the four markets where Uber previously operated.

The Bentonville, Ark.-based mega-retailer first launched a test in June 2016 for grocery delivery with Uber in the Phoenix metropolitan area, as well as with Uber rival Lyft in the Denver region. The tests were unveiled following a “very quiet” pilot partnership between Sam’s Club and same-day delivery startup Deliv that began a few months prior, involving delivery of general merchandise and groceries for business members in Miami.

Over the past year, Walmart has made plenty of other strides in getting groceries to shoppers’ doorsteps within hours, with plans to provide grocery delivery to more than 40 percent of U.S. households by the year’s end, which it revealed in April. The company has been working with a number of delivery-focused companies, such as Postmates and DoorDash, as well as its own associates, to assure speedy delivery in several markets.

In addition, last fall, Walmart purchased same-day-delivery startup Parcel, which specializes in delivery of perishables and nonperishables to customers in New York. Around the same time, Walmart also began working with smart-lock provider August Home to offer direct-to-fridge delivery for patrons who install specifically designed smart locks in their homes.