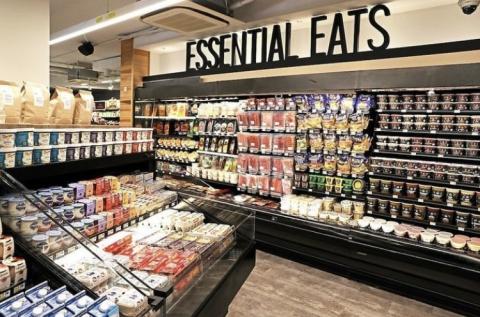 The Gourmet Garage banner offers the essentials "to make every day a Gourmet day," with a large selection of fine foods to go.

Springfield, N.J.-based Village Super Market Inc., a member of the retailer-owned cooperative Wakefern Food Corp., has reported its financial results for the first quarter ended Oct. 29. With a net income of $11.1 million, the company is touting an increase of 51% compared with last year.

The Northeast retailer operates a chain of 34 supermarkets in New Jersey, New York, Maryland and Pennsylvania under the ShopRite and Fairway banners, as well as four Gourmet Garage specialty markets in New York City.

Examples of store renovations include the remodel and conversion of the Pelham, N.Y., Fairway to the ShopRite banner on Aug. 15, and the opening of the company’s fourth Gourmet Garage banner, in the West Village in the New York City borough of Manhattan, on April 29.

Gross profit as a percentage of sales for the company increased to 28.73% in the first quarter, compared with last year’s 28.36%, due to improved departmental gross-margin percentages (0.17%), and  decreased warehouse assessment charges from Wakefern (0.21%), due primarily to sales leverage, a favorable change in product mix (0.07%) and lower promotional spending (0.06%), partly offset by higher LIFO charges (0.05%) and decreased patronage dividends and rebates received from Wakefern (0.10%).

Meanwhile, operating and administrative expense as a percentage of sales dipped to 24.16%, compared with 24.54% during same period last year, due to lower labor costs and fringe benefits (0.21%) and decreased supply spending (0.15%). Labor costs and fringe benefits fell because of ongoing productivity initiatives and sales leverage, partly offset by minimum wage and market-driven pay rate increases.

Keasbey, N.J.-based retailer cooperative Wakefern comprises more than 40 members that independently own and operate 360-plus supermarkets. The company is No. 25 on The PG 100, Progressive Grocer’s 2022 listing of North America’s top food and consumables retailers in North America.