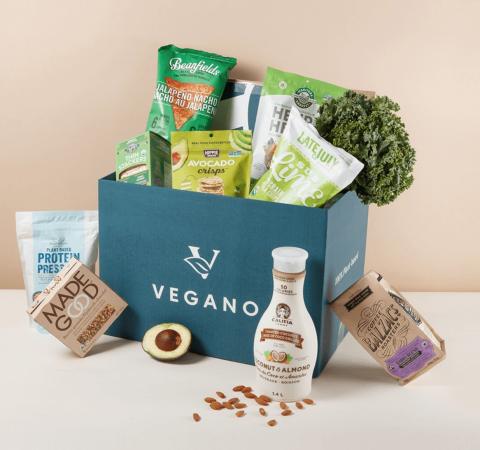 Vegano's new marketplace features more than 500 products from well-known plant-based brands, with plans to increase the number of products to 10,000 by the end of this year.

Canadian tech startup Vegano, which started out as a vegan meal kit delivery service, has now launched a fully integrated vegan marketplace, which combines the product selection of a boutique vegan grocer with a seamless e-commerce shopping experience. The marketplace features more than 500 products from such well-known plant-based brands as Bob’s Red Mill, Earth’s Own and The Very Good Butchers, with plans to increase the number of products to 10,000 by the end of this year.

Vegano has seen a 150% increase in sales since its January 2021 launch and has so far delivered almost 5,000 meals across metro Vancouver, Squamish and Whistler, in British Columbia, according to the company.

“The pandemic has shown us how challenging it can be for people to prepare easy vegan meals at home,” noted Conor Power, founder and CEO of Vancouver-based Vegano Foods. “Our customer base has grown significantly over the last four months, and we’re happy to have received such a positive response from our meal kit subscribers. By expanding our product offering to include plant-based CPG, we are quickly adapting to the customer demand, making us a one-stop shop for vegan food needs.”

Vegano closed an oversubscribed Series-A funding round in February of this year. The funds are being used to scale the company, with a focus on marketing strategy, growing its marketplace and CPG offering, and ramping up product development. Vegano also plans to introduce its own branded products line to the marketplace and bring its delivery services to Toronto, Montreal, and Los Angeles at the end of this year.

Founded in March 2020, Vegano uses high-quality ingredients sourced from local farmers and producers to ensure that its meal kits are delivered fresh to members every week. The chef-crafted meals can be prepared in less than 45 minutes.

Fellow Canadian plant-based purveyor Vejii, based in Kelowna, British Columbia, is also in expansion mode, having set up virtual shop in the United States and Canada, teaming up with Beyond the Butcher to offer the brand’s Mainstream line of plant-based burger products on its website, and moving to acquire Veg Essentials LLC, operator of VeganEssentials.com, one of the largest vegan marketplaces in the United States.