The Fresh Market has been named the “Best Supermarket in America” for 2021 in USA Today’s 10Best Readers’ Choice Awards, with Hy-Vee Inc. and Lidl U.S. coming in at Nos. 2 and 3, respectively.

A panel of 10Best local experts and contributors nominated their favorite American supermarkets based on value, selection and service. Readers could then cast a vote for their favorite supermarket once per day for a 28-day period through the 10Best website.

“Out of the hundreds of supermarkets in America, we are thrilled to be voted No. 1,” said Jason Potter, president and CEO of The Fresh Market. “Over the last year, we have immersed ourselves in achieving our goal of becoming one of America’s Most Loved Brands, and this award proves that customers are recognizing our improvements, and we greatly appreciate their business and support.

“This achievement is a true testament to our team members who offer impeccable guest service every day,” added Potter. “We’re looking forward to continuing our mission of offering the highest-quality fresh food and creating the best experience for our guests in 2021 and beyond.”

Founders Ray and Beverly Berry opened the first Fresh Market store in Greensboro, N.C., in 1982 after returning from a trip to Europe with a vision to emulate the charm and essence of a European-style fresh food market. The initial store differentiated itself from conventional supermarkets by offering a farmers’ market atmosphere and intimate epicurean experience, and it became the blueprint for today's 159 stores in 22 states.

Last month, The Fresh Market gave a clear indication that it's looking to resume new store growth with the hire of Ted Frumkin to the position of group VP of real estate, development and construction. Frumkin’s most recent experience in food retailing came at Phoenix-based Sprouts Farmers Market, where he was chief development officer, helping the company add more than 200 stores during his seven-year tenure.

Meanwhile, the No. 2 spot in the Best Supermarket in America ranking went to Hy-Vee, which is also on the brink of major expansion. The West Des Moines, Iowa-based company operates more than 275 stores across eight Midwestern states and has sales of $11 billion annually, Hy-Vee has 40 new retail units in the pipeline this year. It’s also planning a state-of-the-art warehouse in the Des Moines metro area.

Lidl's top-three win comes shortly after being ranked a top grocer by Food & Wine Magazine for the second year, as well as the fastest-growing retailer in the National Retail Federation's Hot 100 Retailers list.

"The feeling of success when you score an unbelievable deal is the experience we want for you every time you come into a Lidl store," said Johannes Fieber, president and CEO of Arlington, Va.-based Lidl U.S., who recently revealed his impending departure, with longtime company exec Michal Laguionek tapped to succeed him. "Having the best and most enthusiastic shoppers in grocery is the ultimate reward for us! An enormous thank you to all the Lidl fans and Lidl Nerds who helped propel us to one of USA Today's Top 3 Supermarkets!"

Lidl has more than 140 stores in nine East Coast states.

Meanwhile, recognition keeps coming for Aldi. Besides being named the No. 5 Best Supermarket in America by USA Today, it was named among the top 100 most reputable companies in the world, according to RepTrak; the seventh Wave of the dunnhumby Pulse Survey found Aldi to be one of the best stores providing best value; and Aldi’s plant-based Earth Grown brand recently received the Good Housekeeping Seal.

With U.S. headquarters in Batavia, Ill., Aldi currently has more than 2,000 stores across 37 states and is on track to become the third-largest grocery retailer by store count by the end of 2022.

The complete top 10 winners in the Best Supermarket category are as follows: 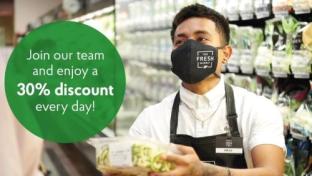 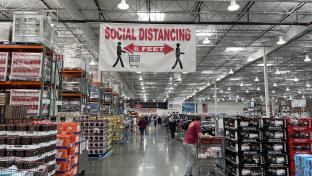 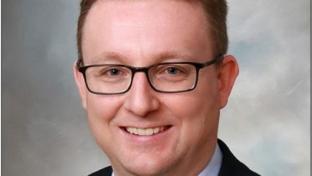 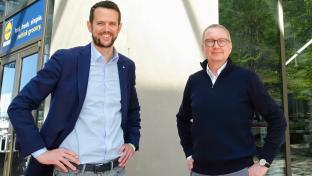