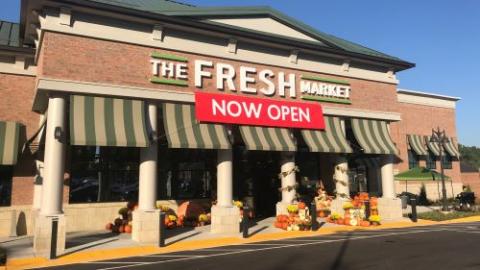 The Fresh Market has rebuilt the ranks of senior leadership as it explores a potential IPO under CEO Jason Potter.

The Fresh Market CEO Jason Potter has filled a key leadership role with an executive whose background and new title says a lot about how the retailer is thinking about expansion as it explores a public stock offering.

Potter, who joined Fresh Market a little over a year ago, named Ted Frumkin group VP of real estate, development and construction to help the company, “continue to innovate fresh specialty grocery.”

The timing of Frumkin’s appointment is notable on several levels because The Fresh Market paused expansion after Potter joined the company last March after spending 26 years with Canadian retailer Sobey’s, last serving as EVP of operations. A week ago, Fresh Market submitted a confidential filing to the Securities and Exchange Commission related to a proposed initial public offering of its common stock. Potter also filled key operations, marketing and finance roles last year, but the appointment of Frumkin is the clearest signal yet that the company is looking to resume new store growth.

Frumkin’s most recent experience in food retailing came at Sprouts Farmers Market where he served as chief development officer, helping the company add more than 200 stores during a seven-year career. He left the company in February 2020 after the arrival of Jack Sinclair as CEO of Sprouts caused the company to rethink its approach to store expansion and new format development.

Prior to Sprouts, Frumkin spent nearly 11 years at Staples during a period from 2002 to 2012. He also held real estate roles with Rubio’s Restaurants, Office Depot, Walmart and Taco Bell.

His addition to the senior ranks at Fresh Market follows other notable moves since Potter’s arrival. In addition to the appointment of Jim Heaney as CFO, in July 2020 the company named Brian Johnson as SVP of store operations. He joined the company after a 30 year career at Brookshire Grocer Co. In May 2020, Fresh Market named Kevin Miller to the role of chief marketing officers. Miller joined the company from Natural Grocers where he also served as CMO.

Based in Greensboro, North Carolina, The Fresh Market operates 159 stores in 22 states. The company is No. 71 on The PG 100, Progressive Grocer’s 2020 list of the top food and consumables retailers in North America.