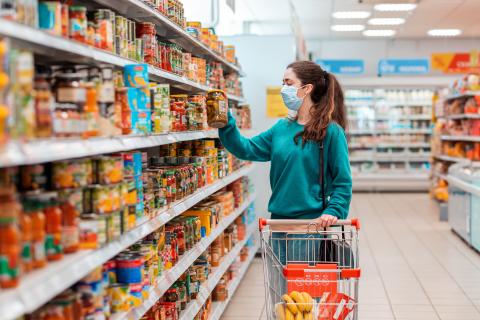 According to findings of a year-long 22-country study of the effect of COVID-19 on consumers, customer data science companydunnhumby, the global leader in customer data science, found increasingly value-minded shoppers are turning to particular retailers. Thirty-three percent of respondents to the seventh Wave of the dunnhumby Pulse Survey mentioned Walmart first when asked which stores provide the best value, followed by The Kroger Co. and Aldi, both tied at 10%, and then by Amazon, at 6%.

The survey found that Americans, for the first time since the pandemic began, are starting to feel better about their personal finances and are now placing value higher than speed when they shop.

Fifty-eight percent of U.S. consumers surveyed by dunnhumby characterized the U.S. economy as weak, a dramatic 17% drop from last March, when 75% thought so. The study additionally found that 39% of consumers described their finances as poor, a 15% decline from last November, when 54% said that their finances were in bad shape. Americans are currently at their lowest level of worry about the virus — just 23% — since the onset of the pandemic, having fallen nine percentage points since November on the dunnhumby Worry Index.

Although U.S. consumers’ confidence is beginning to return, they’re still concerned about food costs, with 43% saying that they’re paying more than they did pre-pandemic, while only 24% said that they were paying less. Subsequently, 80% are taking at least one action in search of value, with the most popular action, chosen by 52%, being to shop at stores with everyday low prices. Consumers’ renewed focus on value seeking aligns with the dunnhumby 2021 Grocery Retailer Preference Index, which predicted that the importance of value would return once consumers’ worry about the virus abated.

“While this Wave marks the first time since the pandemic struck that consumers are feeling better financially, we also see value seeking driving shopping behavior,” observed Grant Steadman, president for North America at Chicago-based dunnhumby. “It’s noteworthy that consumers are now prioritizing value instead of speed, which was their key driver for much of 2020.”

Key findings from the study include:

Bentonville, Arkansas-based Walmart operates more than 11,300 stores under 56 banners in 27 countries, and e-commerce websites, employing 2.2 million-plus associates worldwide. Walmart U.S. is No. 1 on The PG 100, Progressive Grocer's list of the top food and consumables retailers in North America, while Walmart-owned Sam's Club ranks No. 9 on the list. Seattle-based Amazon is No. 2 and Cincinnati-based Kroger is No. 3 in PG's ranking, while Batavia, Illinois-based Aldi U.S. is No. 26.