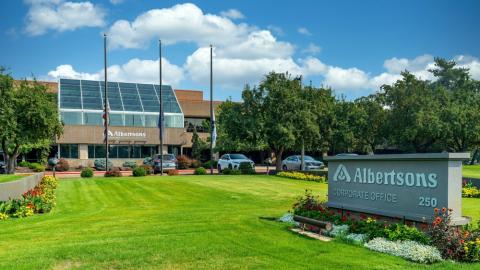 Albertsons Cos. maintains that the lawsuit from the State of Washington provides no legal basis for canceling/postponing a dividend that was approved by its board of directors.

According to Albertsons Cos., the U.S. District Court for the District of Columbia has denied the request by the California, Illinois and District of Columbia attorneys general for a temporary restraining order against the company’s previously revealed $6.85-per-common-share special dividend, originally scheduled to be paid on Nov. 7.

The food retailer continues to seek to overturn the existing temporary restraining order granted by the Washington State Court on Nov. 3, which Albertsons said was based on the incorrect assertion that payment of the special dividend would impair the company’s ability to compete while its proposed merger with The Kroger Co. is under antitrust review. This order, which restrains the company from paying the special dividend, remains in effect until Nov. 10, unless within that time, an order is entered extending or dismissing the temporary restraining order.

The proposed merger with Kroger was revealed last month. Kroger said that it intends to buy Albertsons for $34.10 a share, for a total enterprise value of approximately $24.6 billion. According to Kroger CEO Rodney McMullen, a merger with Albertsons creates a national supermarket footprint of nearly 5,000 stores reaching 85 million households in 48 states, allowing the combined company to create an experience for customers and associates "unlike anything else."

Meanwhile, Albertsons continued to maintain that the lawsuit brought by the state of Washington is meritless and provides no legal basis for canceling or postponing a dividend that has been unanimously approved by Albertsons’ board of directors. After payment of the special dividend, Albertsons will have approximately $3.0 billion of liquidity, including approximately $500 million in cash and approximately $2.5 billion available under its already existing asset-based lending facility, and expects to continue to generate strong revenues and positive free cash flow, further increasing liquidity. The company is confident that it will continue to make strategic progress following the payment of the special dividend, given its strong cash flows and low debt profile.

Following a market share gain in the first quarter, the grocer recently shared encouraging results for its second quarter of fiscal 2022, ending Sept. 10. Net sales and other revenue was up to $17.9 billion for the quarter, compared with $16.5 billion during the same 12 weeks in 2021. The rise was driven by an uptick in identical sales and higher fuel sales, with price inflation driving the identical-sales increase. The identical-sales increase was 7.4%, while digital sales rose by 36%.

In a statement from the company, Albertsons indicated that it remains fully committed to investing in the associates, stores and digital capabilities that have made its recent growth and strong performance possible.