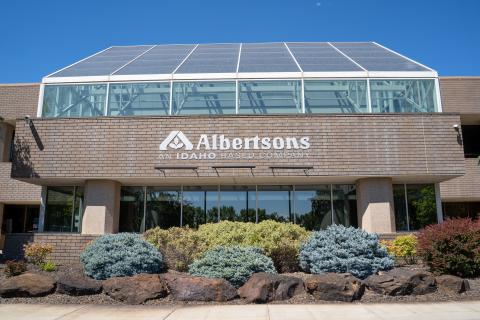 State attorneys general are expressing their strong concern with Albertsons and Kroger’s joint announcement that Albertsons will pay stockholders a cash dividend of up to $4 billion on Nov. 7.

Earlier in the month, Kroger revealed that it intends to acquire Albertsons for $34.10 a share, for a total enterprise value of approximately $24.6 billion.

In the letter from the state attorneys general, they expressed strong concern over Albertsons paying stockholders a cash dividend of up to $4 billion on Nov. 7. Federal and state antitrust laws forbid parties from entering into agreements that substantially lessen competition or unreasonably restrain trade. Pre-merger notification requirements also prohibit “gun jumping,” the practice of improperly engaging in joint decision-making by parties pending merger review. The attorneys general said that the planned dividend payment would substantially affect Albertsons’ cash flow, making it difficult to continue to compete with Kroger ahead of the merger.

“My colleagues and I demand that Albertsons delay its planned $4 billion payout to investors until review of the proposed merger is complete,” noted Bonta. “I, frankly, have a hard time seeing how Albertsons would be able to continue to compete — as it is obliged to do during the pendency of merger review — after giving away a third of its market share.”

In the letter, the attorneys general highlight that, should a regulatory challenge to the merger succeed or should the parties abandon the transaction, it would be near impossible for Albertsons to recover if it has given away such a significant portion of its cash flow.

“With nearly 5,000 stores between them, Albertsons and Kroger are two of the largest grocery chains in the United States,” added Bonta. “Their proposed merger requires careful review to ensure their customers and employees do not pay a price through higher grocery bills, food deserts and lower wages.”

According to a statement from Albertsons spokesperson obtained from Brunswick Group: “Our planned combination with Kroger will provide significant benefits to consumers, associates, and communities and offers a compelling alternative to larger and non-union competitors. The merger announcement and special dividend mark the successful outcome of the strategic review we launched in February, which considered a wide range of options to build on our success and deliver enhanced value for all our stakeholders. The special dividend allows us to return cash to all of Albertsons Co.’ shareholders. Following the dividend payment, Albertsons Cos. will continue to be well capitalized with a low debt profile and strong free cash flow. Given our financial strength and positive business outlook, we are confident that we will maintain our strong financial position as we work toward the closing of the merger.”

The grocery deal is set to go before the U.S. Senate next month. The Senate Judiciary Subcommittee on Competition Policy, Antitrust and Consumer Rights plans to weigh how the impending acquisition will affect consumers and competition within the industry.

This isn’t the only letter of concern over the Kroger-Albertsons merger. Several senators signed a letter to FTC Chair Lina Khan on Oct. 18 to express worry over the proposed deal. Sens. Amy Klobuchar, D-Minn,; Richard Blumenthal, D-Conn.; and Cory Booker, D-N.J., asked Khan for assurance that the merger would be carefully and thoroughly investigated by the FTC.